From the Desk of Steven Strazza @Sstrazza and Ian Culley @Ianculley

It’s been an action-packed year for the bond market. Rates have ripped, and bonds have been in free fall worldwide. But US yields stopped going up in June.

Now the question is whether US yields will roll over and follow to the downside.

Instead of getting caught up in the Fed chatter and all its implications, let’s focus on the key levels we’re using as a roadmap for treasury markets in the coming weeks and months. 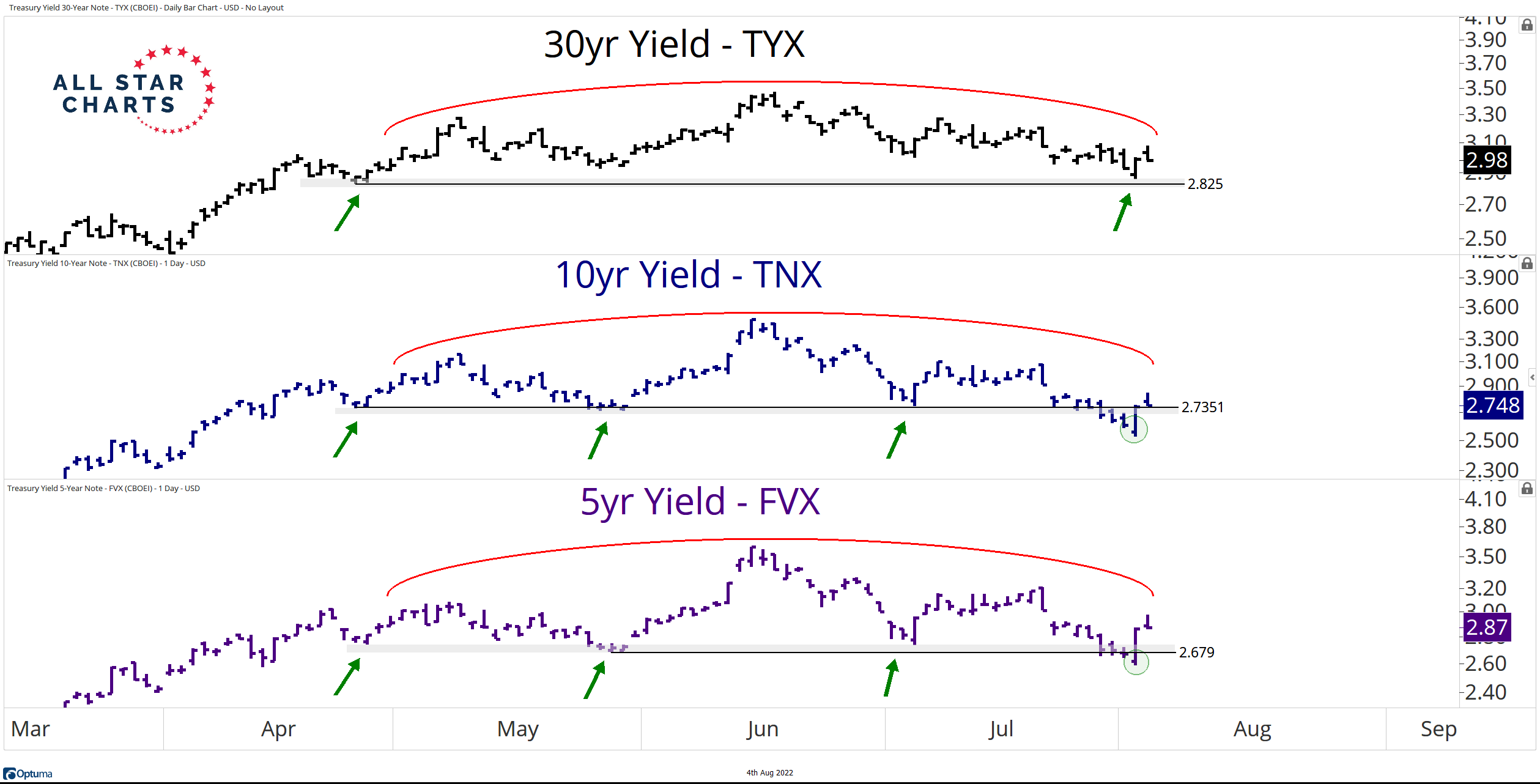 All three are carving out potential tops just beneath their respective 2018 highs. You can see the tops in the chart above.

And those critical 2018 highs are highlighted below: 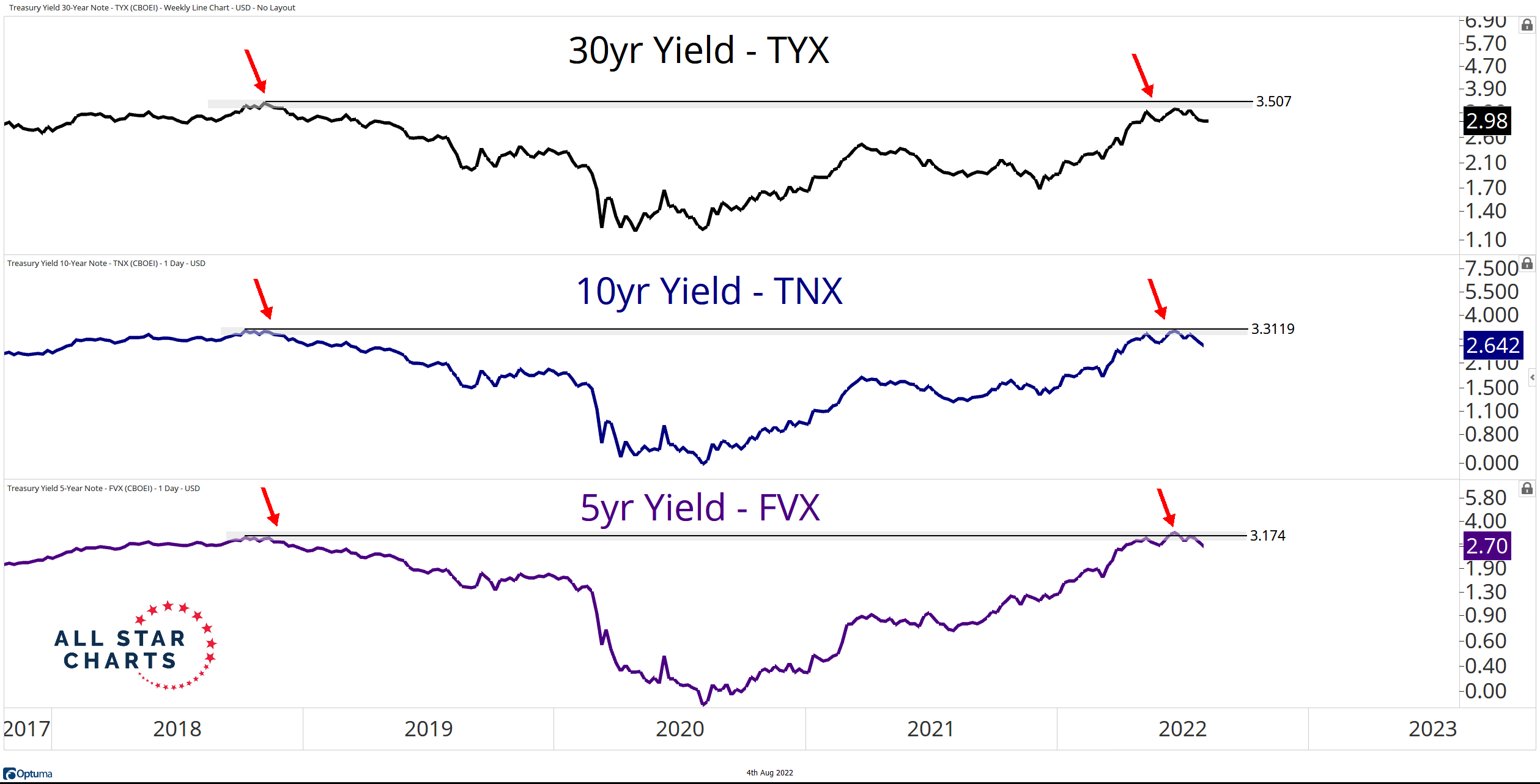 Let’s not get ahead of ourselves, though. Here’s what’s been going on…

The 10-year yield undercut a shelf of former lows earlier in the week, breaking to its lowest level since April. But the 30-and five-year yields were not on the same page.

Despite the 10-year breaking down, yields elsewhere on the curve held their respective support levels. This is shown in the first chart above.

The lack of confirmation proved prescient as the 10-year yield has reversed back into its old range in recent sessions.

But will these lower bounds continue to hold?

The more time a level is tested, the higher the likelihood it breaks. And the lower end of these ranges have been repeatedly challenged since the spring.

Regardless, US yields remain trendless.

Structural levels marking prior cycle highs have capped rates for the moment, while at the other end, a more tactical shelf of former lows is acting as support.

Maybe the more important question is, what’s wrong with that?

We get it: The past year has conditioned us to expect strong directional moves in yields. The bond market just booked one of its worst first-half performances in history as inflation spiked to 40-year highs.

That doesn’t mean rates have to continue to rip in either direction. And we actually think a lot of good could come from some sideways action.

While some stocks perform better with higher or rising rates, others thrive in the opposite environment.

But, as rates have been moving sideways since May, most stocks have fared very well. Growth stocks have taken center stage again as the Nasdaq 100 has rallied nearly 20% off its June lows.

Of course, longer-duration assets might benefit even more if rates catch lower, but that could speak to larger problems looming.

The stock market likes wherever rates are headed, especially growth names. As long as that’s the case, yields are probably trending sideways to lower.

After the July 27 announcement, the market is pricing in a 50-basis-point hike at the September meeting.

Here are the target rate probabilities based on fed funds futures:

Thanks for reading. Let us know what you think.