Apple just went out at new all-time highs relative to the S&P500.

I think about it like this: Should we expect Tech stocks to underperform if the biggest one of them all is making new all-time relative highs? 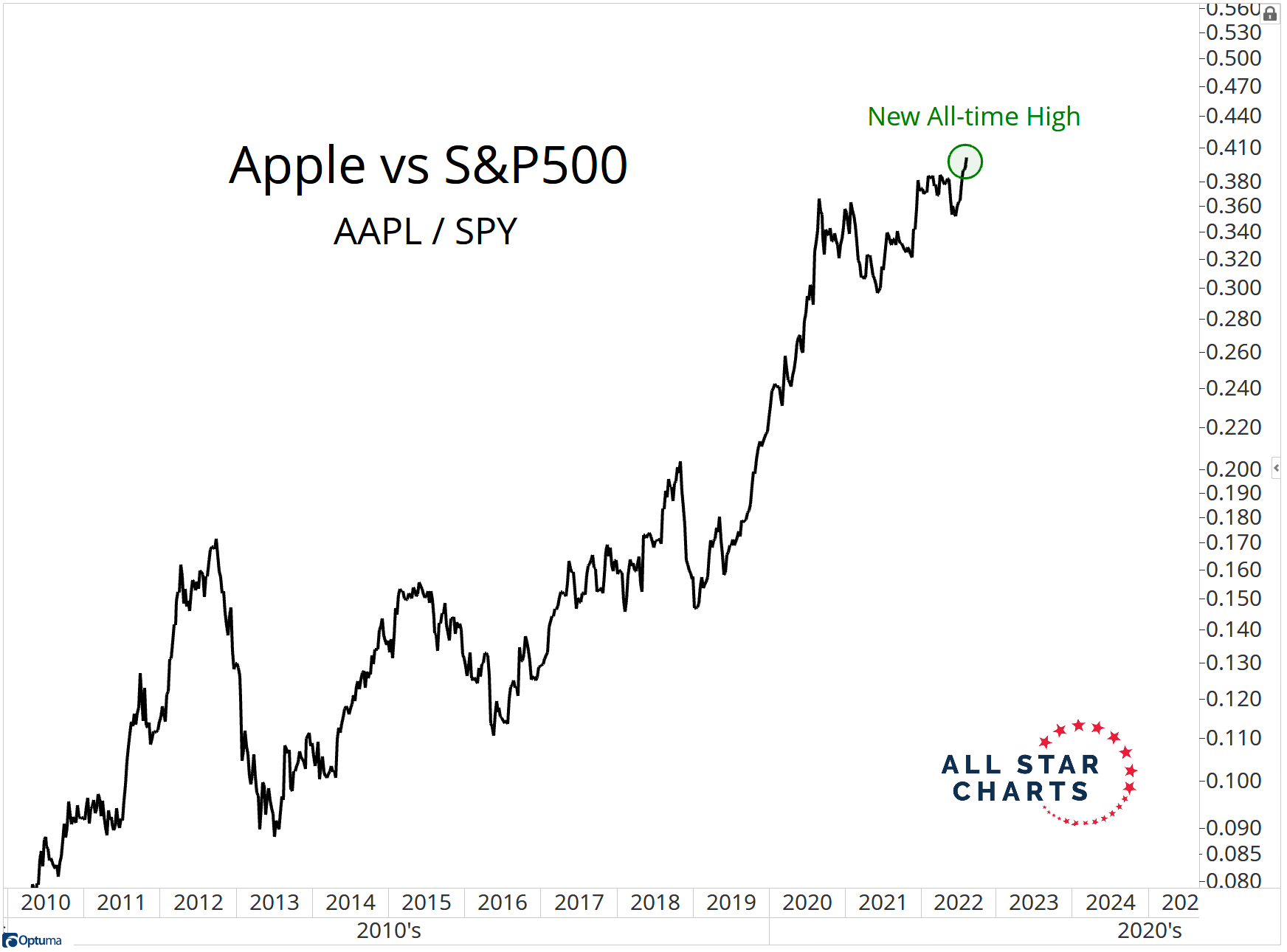 New highs are not evidence of a downtrend, that’s for sure.

And don’t look now, but Microsoft isn’t too far behind.

Tech is showing relative strength. The $XLK Technology Sector Index Fund is the 2nd best performer since the June lows in the S&P500 – up over 19%.

Mid-June is also when Treasury Bonds bottomed. I don’t think that’s a coincidence.

If there’s a bid in bonds, and they’re not crashing like they were throughout the first half of the year, then I think Growth stocks can continue this outperformance.

But at the very least, if Apple, the largest component of Tech, representing 21.5% of the sector, is making new all-time relative highs, I can’t take that as a bearish sign for Tech.