With stocks off to a very strong start to the year, we’re certainly setting ourselves up for a positive January.

Historically, if we finish up, and it looks like the chances of that are high, then it bodes very well for stocks throughout the rest of the year.

I know some people might think inflation changes everything. Others believe the Feds behavior means we should forget all of history.

I get all that.

But the good news is that I don’t care about any of those things.

Why would I ignore price trends and fight the tape?

Do I look like a gossip columnist to you?

That’s not at all how we operate around here.

We’re in the business of extracting capital from the market.

And during this bull market, we’ve tried to do a good job of accomplishing just that.

First it was the Santa Claus Rally – and he showed up this year!

Then it was a positive “First 5 Days of the New Year”.

And now the 3rd leg of this Triple Crown is the January Barometer.

“As January goes, so goes the rest of the year”, is how I learned it from the Annual Stock Trader’s Almanac.

If we close up with a positive January, then it completes the Trifecta.

Since 1950, whenever the S&P500 has completed the Trifecta coming off a down year, the stock market has never been down. And it’s up almost 27% on average, more than 3 times the average annual rate of return for the S&P500.

And this makes sense considering we just entered the Pre-Election year, historically the most bullish part of the 4-year cycle: 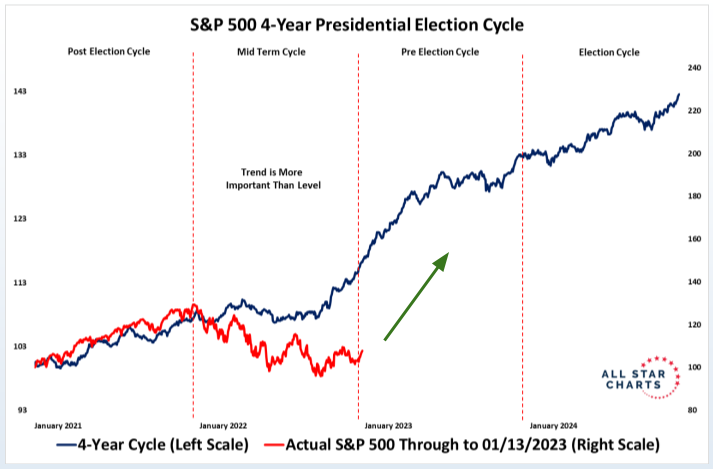 Stocks have been following these seasonal trends as closely as I can remember.

This chart is an equally-weighted composite of every annual trend since 1950, all of the Pre-election years and every 3rd year of each decade for the Decennial Cycle.

This year’s composite goes from the lower left to the upper right: 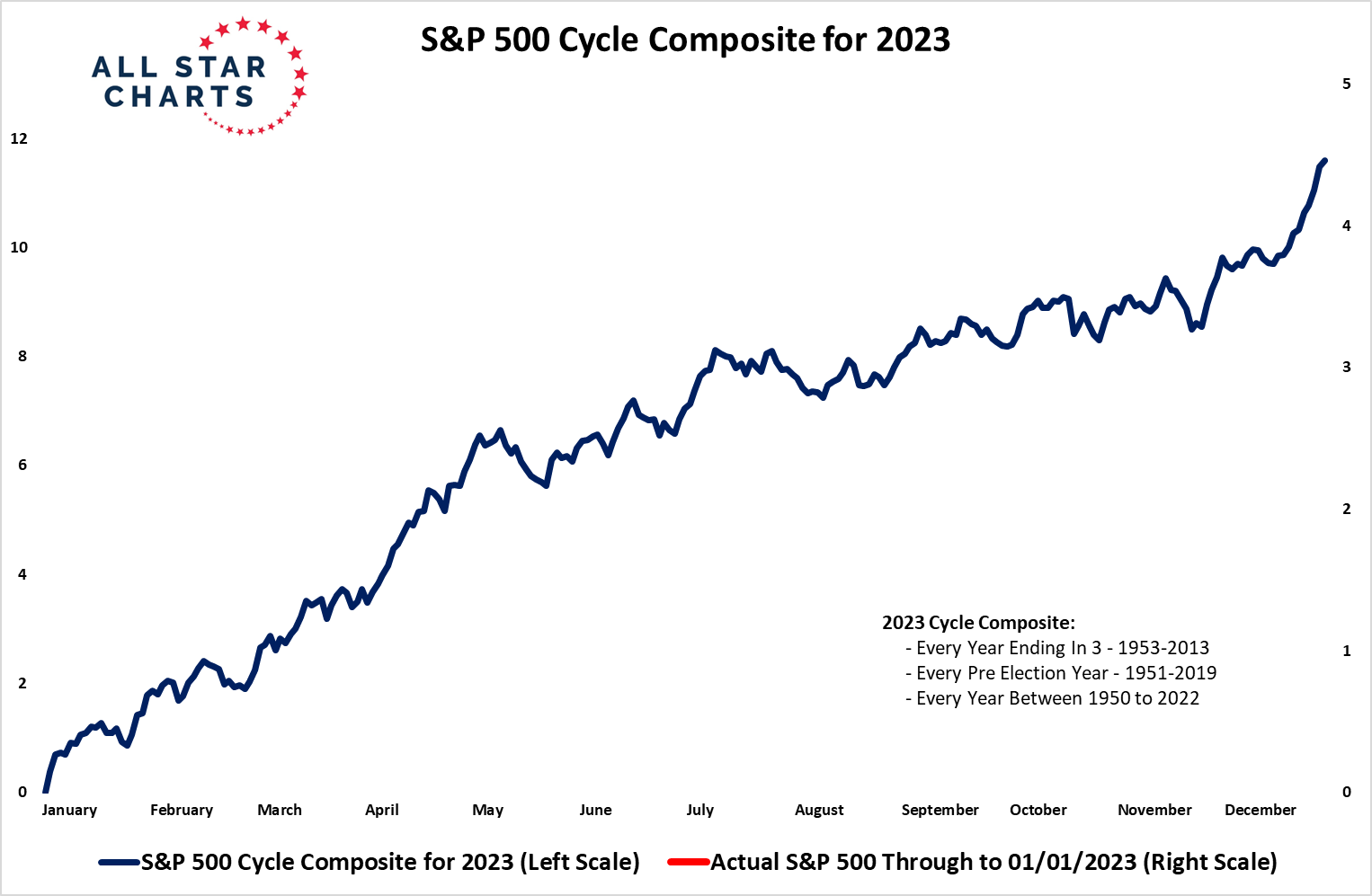 Seasonality is in favor of the bulls.

We’re seeing sector rotation among stocks where the laggards are catching up to the leaders and well, “Sector rotation is the lifeblood of a bull market”.

We’re seeing an expansion in upside participation among countries around the world (the U.S. is the underperformer during this bull market so far).

And most investors still think stocks are in a bear market and are waiting for a recession.

They’re so angry that they’re missing the raging bull market happening right in front of them.

Their anger issues are not our problem.

It’s our job to extract money from the market. And we fully intend on continuing to do just that.

Everything you need to know for this quarter is outlined right here.

Make sure you’re caught up and then let me know what you think!

It was a good one.