Initial Public Offerings are exactly that, the initial offering of shares to the investing public. That’s the beginning of price history.

This is how it used to be in the old days anyway. Today, we regularly see companies going public so their investors can take profits on their early stage bets. There have usually been several rounds of money raising along the way.

The liquidity is to pay investors, and not necessarily just to raise cash to grow the company.

And that bothers some people. But not me. I don’t really care.

I’m only here to try to make a few bucks off the whole thing.

And so as a Technical Analyst, someone who studies price behavior every day, I can’t go to work if there’s no price history.

Early in my career I remember being taught that IPOs are like base breakouts. The pre-IPOs period for the company is the “Base”, and then the Initial Public Offering is the “Breakout”.

That made a lot of sense to me, especially when Google went public a few months after I graduated from college and first started working in New York City.

When I learned to treat the Pre-IPO period as the base and the IPO as the breakout, it was precisely when this breakout strategy worked great in Google.

I didn’t know about recency bias at the time. I was only 22 years old.

But the trade here is you use the IPO level as the stop, and if it is in fact a breakout, then that’s your level to trade against. 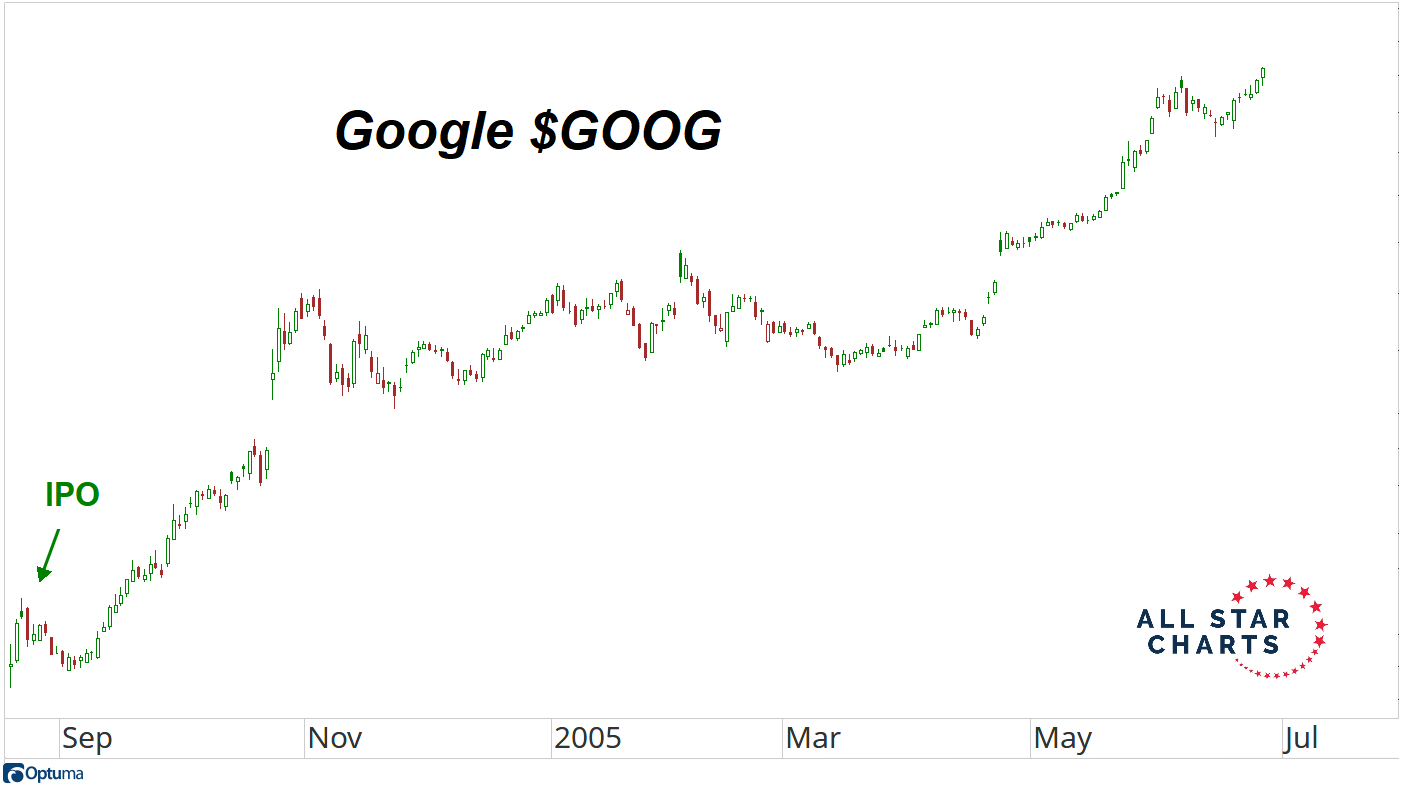 If you’re only long above that IPO day low, then your risk is well defined.

I always liked that.

Following this simple rule would have kept you out of this disaster:

There had been no reason to own Coinbase if it was below the IPO day lows.

Over the years I’ve learned that a period of basing is something you also see quite often. It allows for the public markets to accumulate, and that’s take time.

In the case of Palantir it took a little over a month: 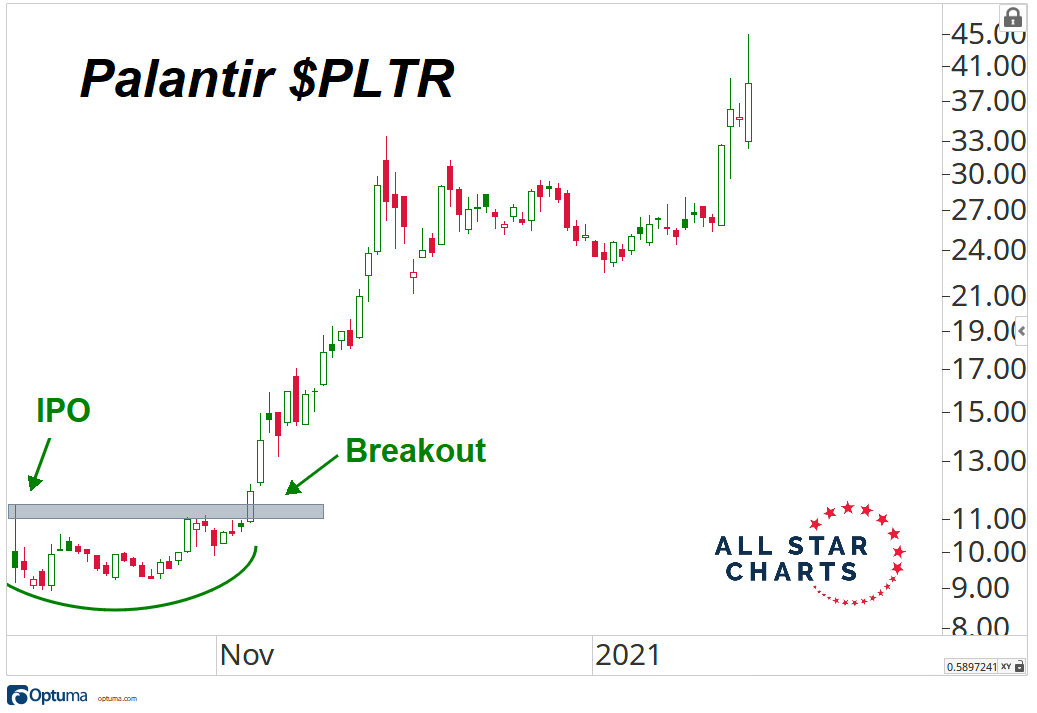 The trade here is you buy the breakout above the IPO day high. In other words, the “pre-IPO period base” wasn’t done basing yet. We don’t know the accumulation phase is officially over until that initial supply is absorbed by any demand. You see that completion with new highs in the stock.

In the case of Facebook, for example, that accumulation period took a lot longer – 16 months:

These rules kept you out of Facebook when it was a mess, and got you in when that accumulation phase was complete. $FB rallied over 1000% since that breakout.

So today we look at Robinhood.

There’s not much going on here yet.

The company went public and closed down 8% on the first day.

Let’s see how it shakes out.

Will it be a Palantir? or a Coinbase? or maybe a Facebook?

How do you approach new IPOs?