We talk about it all the time. Former support turns into resistance and former resistance turns into support. This phenomenon continues to repeat itself over and over again in assets classes all over the world. I’m not sure why so many market participants ignore the most basic principle in technical analysis.

Whether you’re a technician or not, make sure you have a little post-it note to remind you: 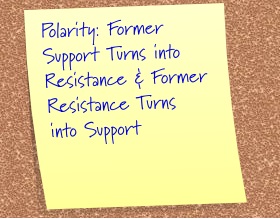 Today’s example is in the $EURUSD. The October lows and November lows served as key support around the high 131s & lows 132s. This level was broken in mid-December and the $EURUSD continued lower for another month. We’ve been talking about the amount of Euro shorts that have shown up in the market lately (see Jan 14th & Jan 20th). And we actually saw a nice little rally off those lows.

But now we’re up against some resistance, that’s all. If you thought the market was just going to get back above those key levels without at least recognizing that there is supply, then check your post-it note. It’s normal. It’s healthy. 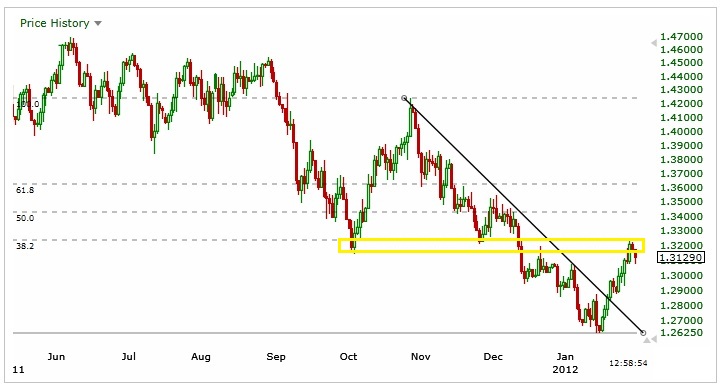 As you can see in the chart above, this new found resistance level also represents the 38.2% Fibonacci Retracement of the Oct-Jan move. More reason to expect some supply. The US Dollar Index also looks weak to me, so I think some further downside pressure there should be expected. This obviously would help the $EURUSD eventually get over that hump.

So bottom line: I’m not convinced that this is the beginning of a new leg lower for the Euro here, just a well-deserved breather.