They keep on piling into this trade. I’ve never seen anything like it. This marks the fourth week in a row that net short positions against the Euro have reached a new record.

Last week I wrote a post titled, “10 Things I hate about you: Euro Edition”. I mentioned that I couldn’t think of a single person that thought the Euro was going higher against the Dollar. It remains true. And sure, I look at charts all day and I see all the data. But with this one, it’s not even about that. I open my eyes, I talk to people, the negative sentiment is all around us. It’s obvious that the street hates the Euro.

And this is how a monster trade is born.

The squeeze could be on. According to a report from the CFTC, speculators held a net 160,030 contracts betting that the Euro will lose value against the Dollar. They increased their net bets to $25.5 billion. In sympathy, we saw $18 billion in wagers that the US Dollar will rise, an increase of 6% over the week before.

Call me crazy, but after this week’s reversal higher for the Euro, I have to believe that the next CFTC report will show fewer shorts. But we’ll see, stranger things have happened. 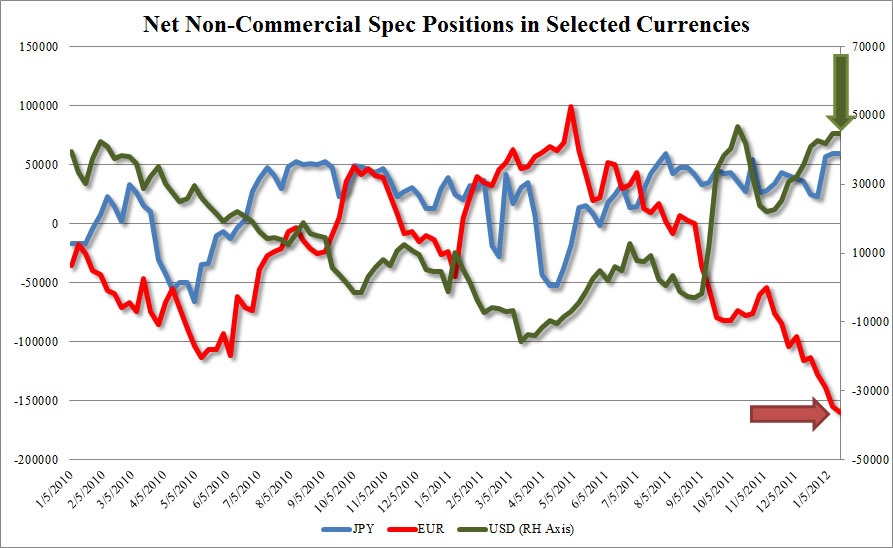 Now remember, all of this comes within the context of a long-term bear market for the US Dollar. And I don’t think that’s changed yet. Nothing in the weekly chart of the Dollar index shows me any evidence of a change in trend. In fact, all I see here is a highly possible end to another bear market bounce. Look at the nasty reversal this week for the dollar. Also look at RSI – still in bearish mode – nothing’s changed: 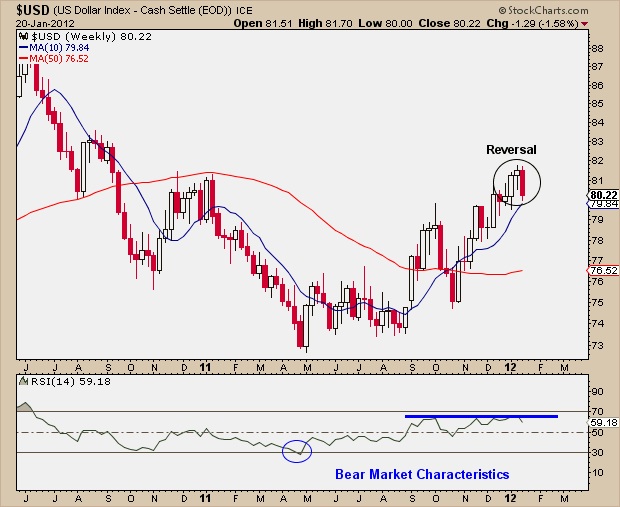