Key Takeaway: There are plenty of adages to remind us that evidence of optimism re-emerging as stocks rally is neither surprising nor necessarily harmful to the health of the rally. When optimism gets overly excessive and begins to retreat we need to pay more attention to the risk side of the equation. What really caught our attention this week was that the imbalance in sentiment expressed by advisory services (Investors Intelligence) and individual investors (AAII) has been resolved. In mid-September, the AAII survey showed 22% bulls and 39% bears while the II survey had 50% bulls and 22% bears. Both surveys now show bulls in the 40’s and bears in the 20’s. Our sentiment chart of the week shows that when we’ve seen this degree of agreement between these surveys in the past, stocks have tended to do pretty well. 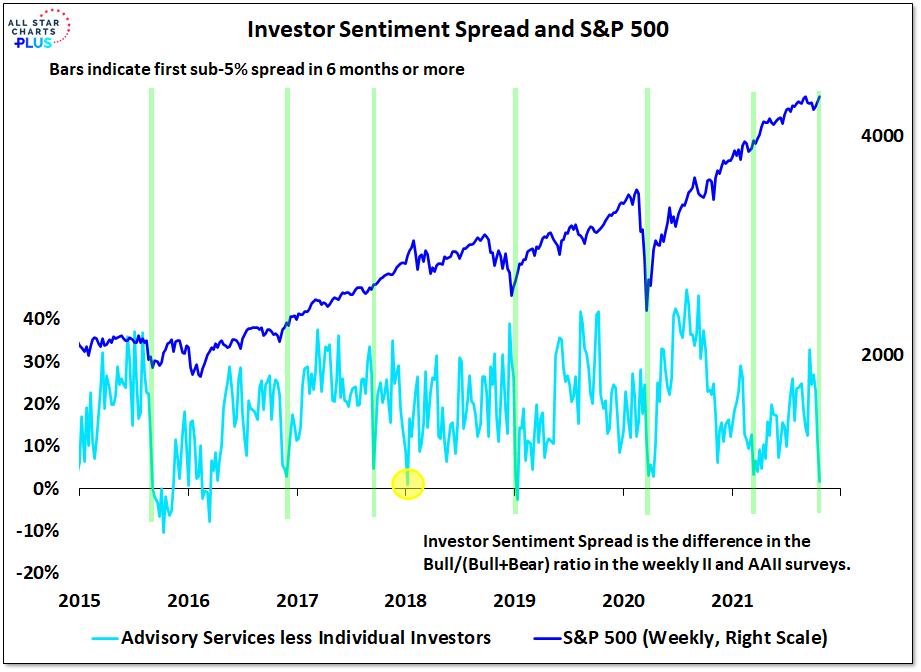 It happened in March of this year, it’s happening again – the II and AAII surveys are in agreement when it comes to bulls versus bears. When the surveys have shown such agreement in recent years stocks have tended to rally. In the wake of such sentiment spread narrowing since 2015, the S&P 500 has seen 26-week and 52-week returns that have been twice as strong as average. In the six months after the signal in March of this year, the S&P 500 was up over 13%.