There was plenty of focus on the Fed this week – not so much for what they did (which was nothing), but for what they said. After a benign written statement, Fed Chair Powell took to the podium at his post-FOMC meeting press conference and spent a lot of time talking about how inflation has been more persistent than the Fed had hoped it would be.  From the Fed’s perspective it is now time to raise rates rather than to let the negative effects of sustained higher inflation fester in the economy. Data released in the wake of the FOMC meeting shows that higher inflation remains persistent, in terms of both degree and duration.

Inflation based on the Trimmed Mean PCE is at its highest level since the early 90’s, based on the Core PCE it’s at its highest level since the early 80’s.There are only a few times in the history of this data that inflation has risen this many months in row. The only times we’ve experienced a more sustained rise in inflation were in 2012 (coming off the secular low) and in the 1970’s. So far this cycle the Fed has aided & abetted inflation, going forward it’s poised to fight it. 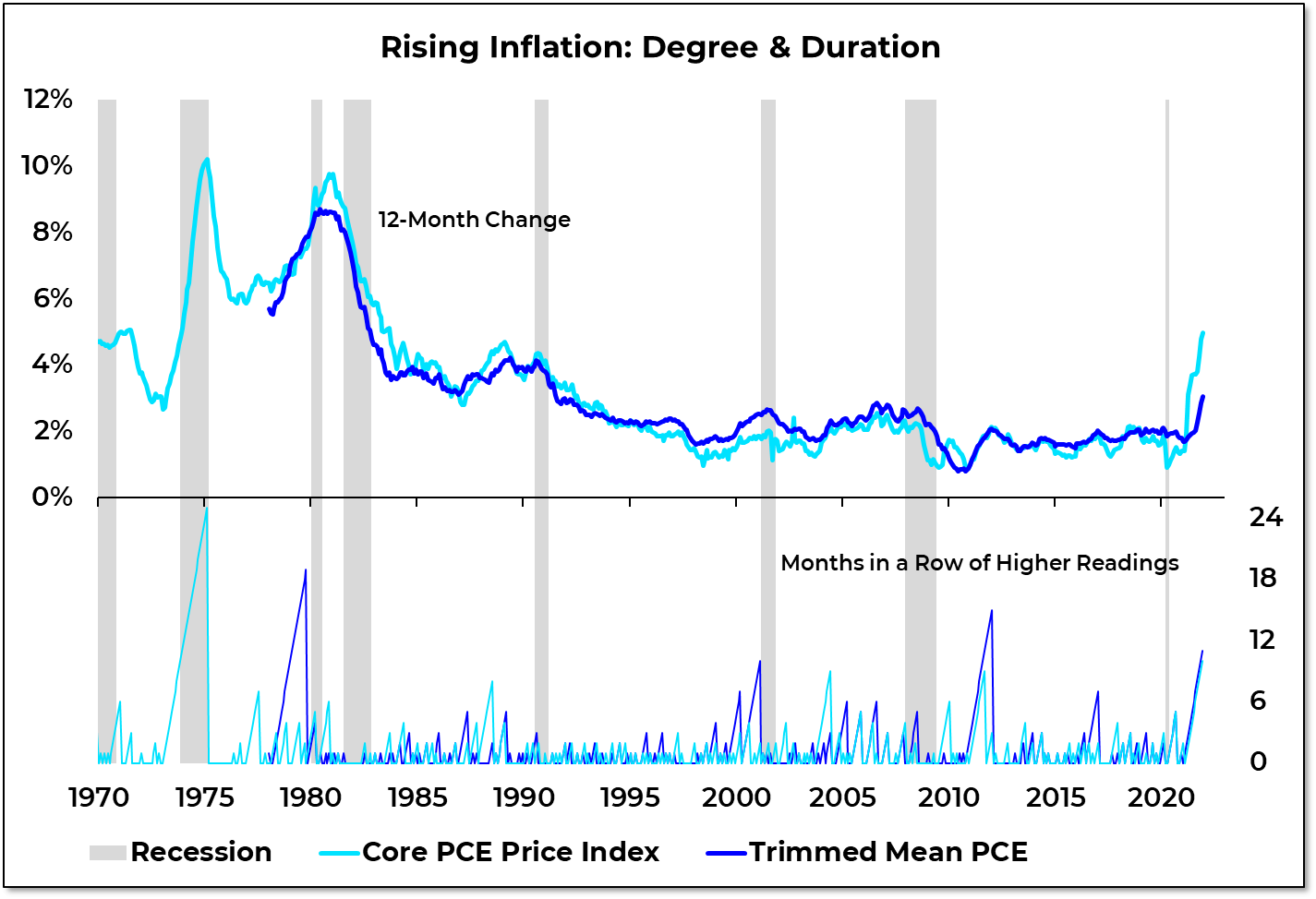