What overbought conditions? We haven’t even broken out yet. Take a look at what’s actually going on!

After 14 years of no progress, Financials just went out at a new all-time high!

This is arguably the most important sector in the world. We don’t have bull markets without Financials, at least, participating.

Just imagine them emerging as a leadership group… 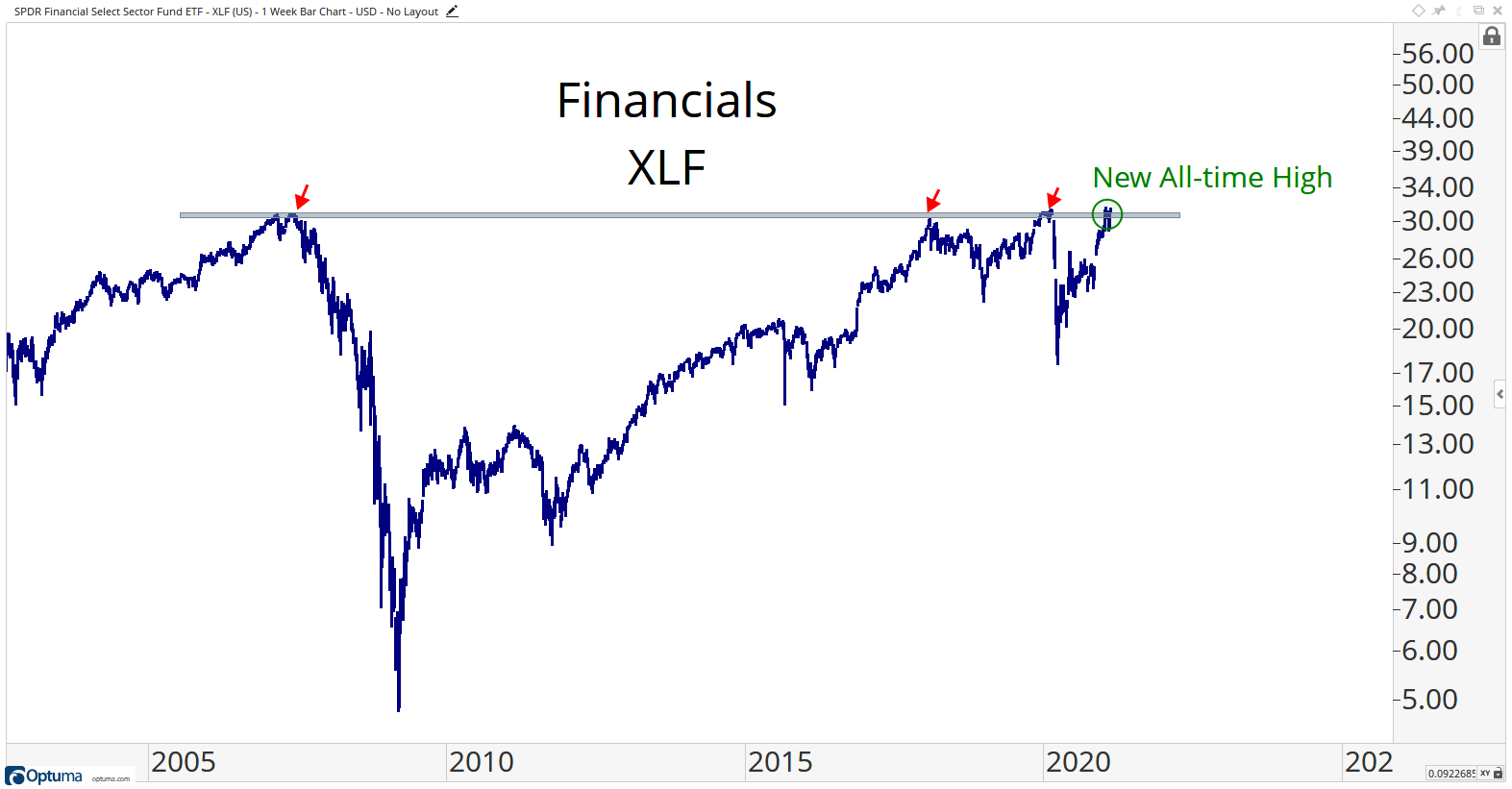 How about Emerging Markets?

Did you see what some of the world’s most important growth economies just did?

Yup, after over 13 years of no progress, they too have now broken out to new all-time highs: 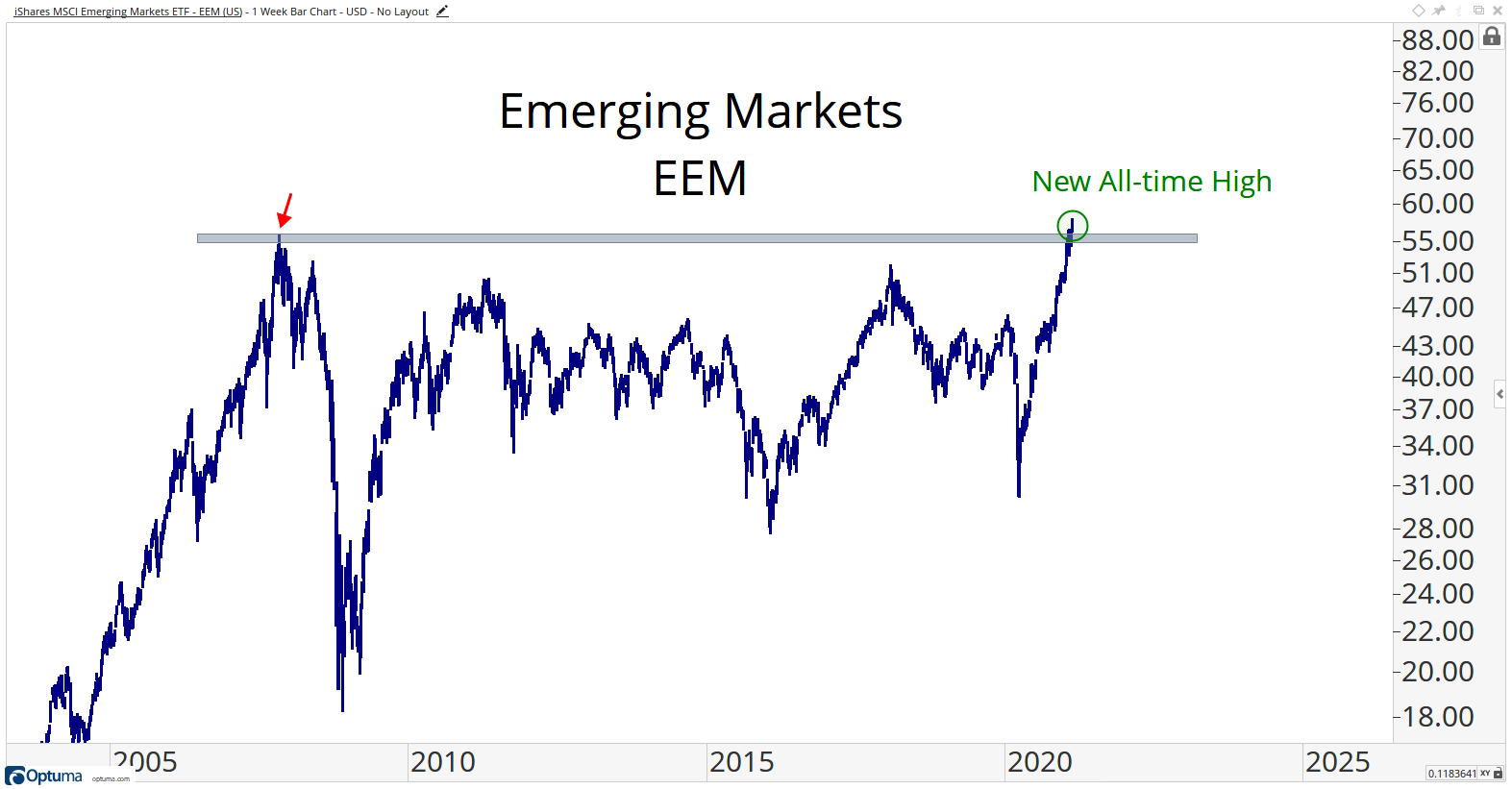 When people tell us that stocks are in a bubble, do you know what really pisses them off? When we tell them stocks haven’t even broken out yet!

Take a look at Europe. 20 Years of zero progress… 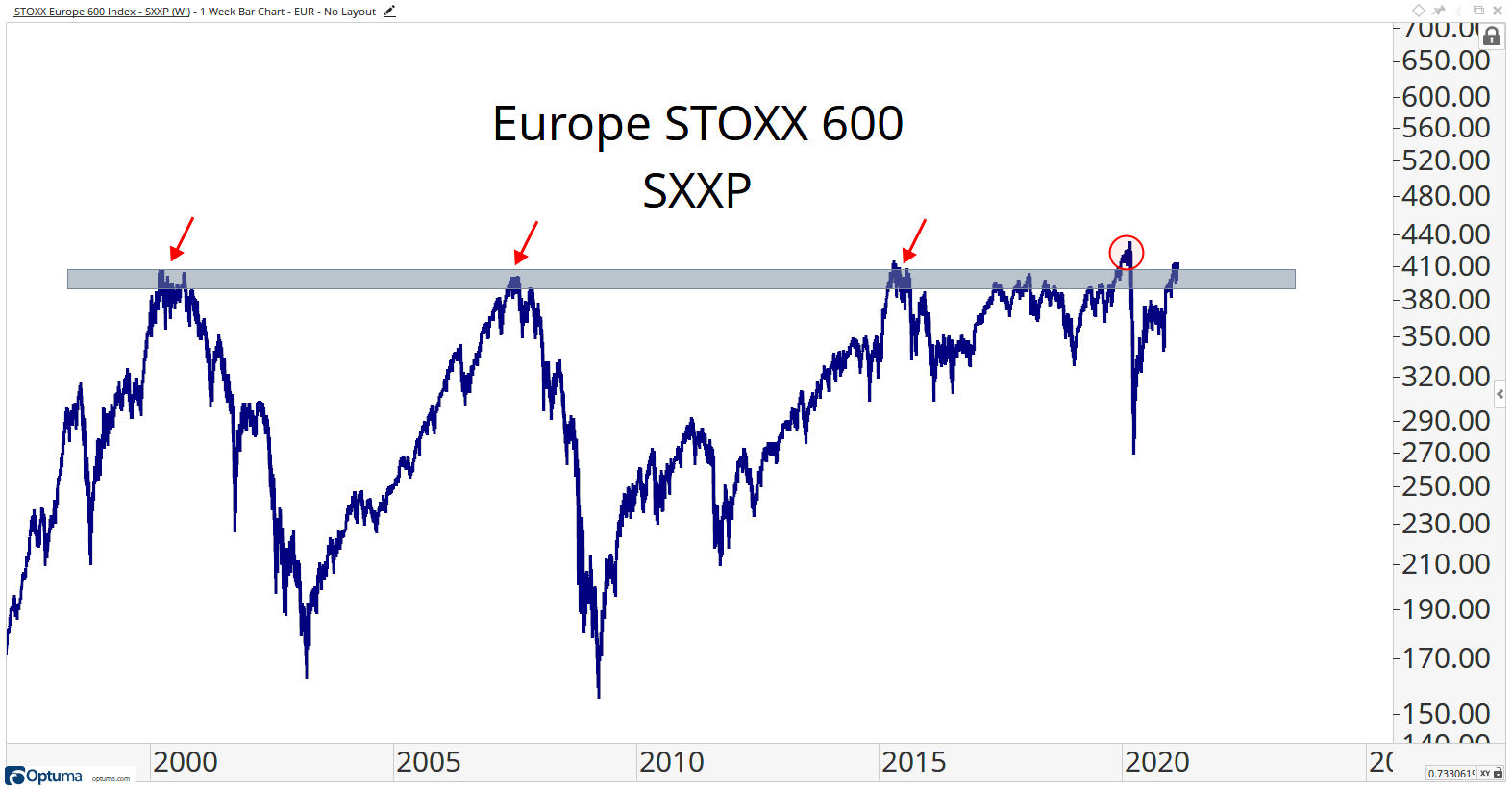 Here in America, one of the most important areas of the market had done nothing for almost 3 years, until just recently. 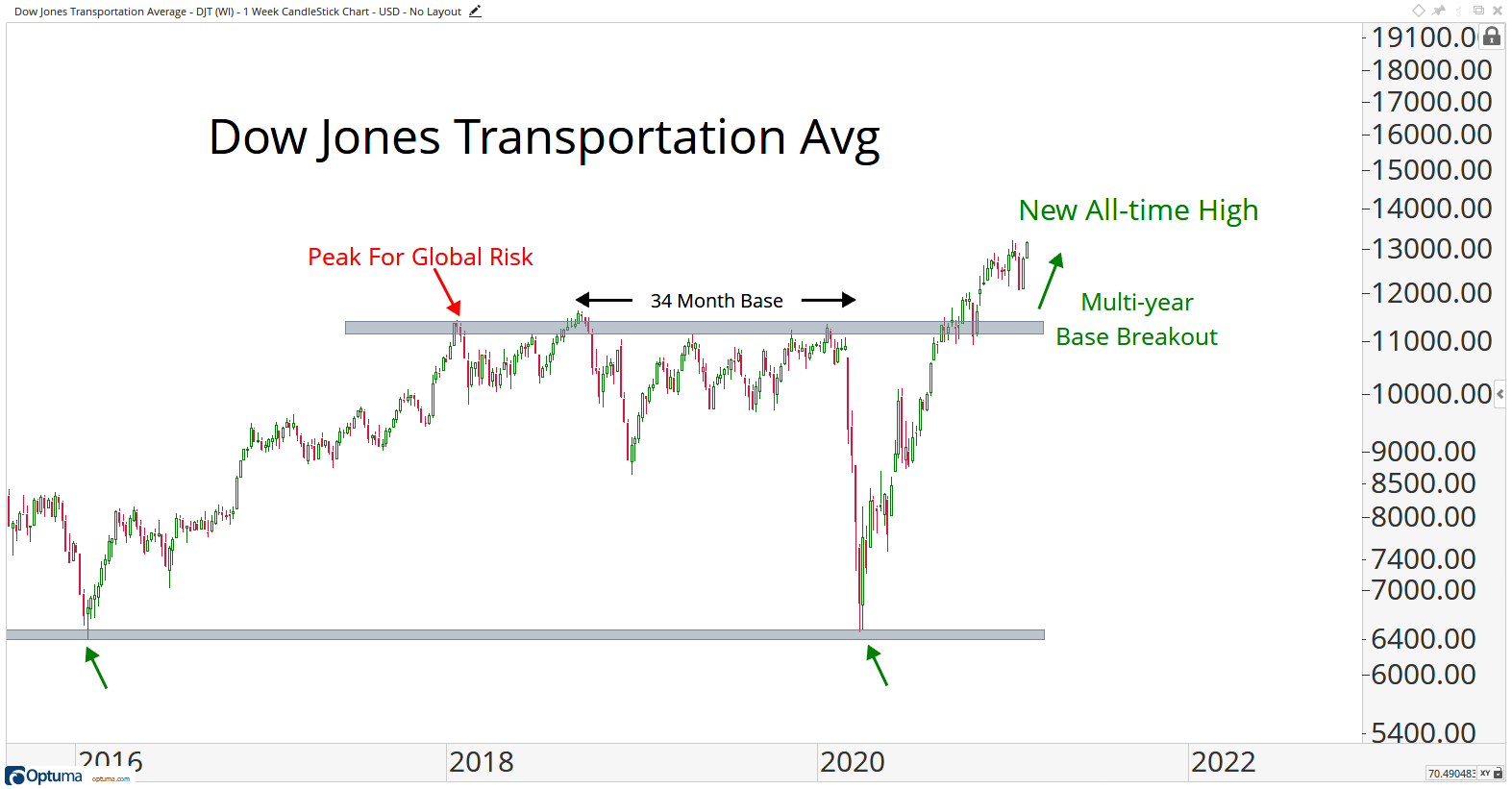 Looks to me like we’re just getting going, and in some cases, haven’t even started.

What am I not seeing here?

Meanwhile, do you know what’s not working?

No one wants to own these useless rocks. 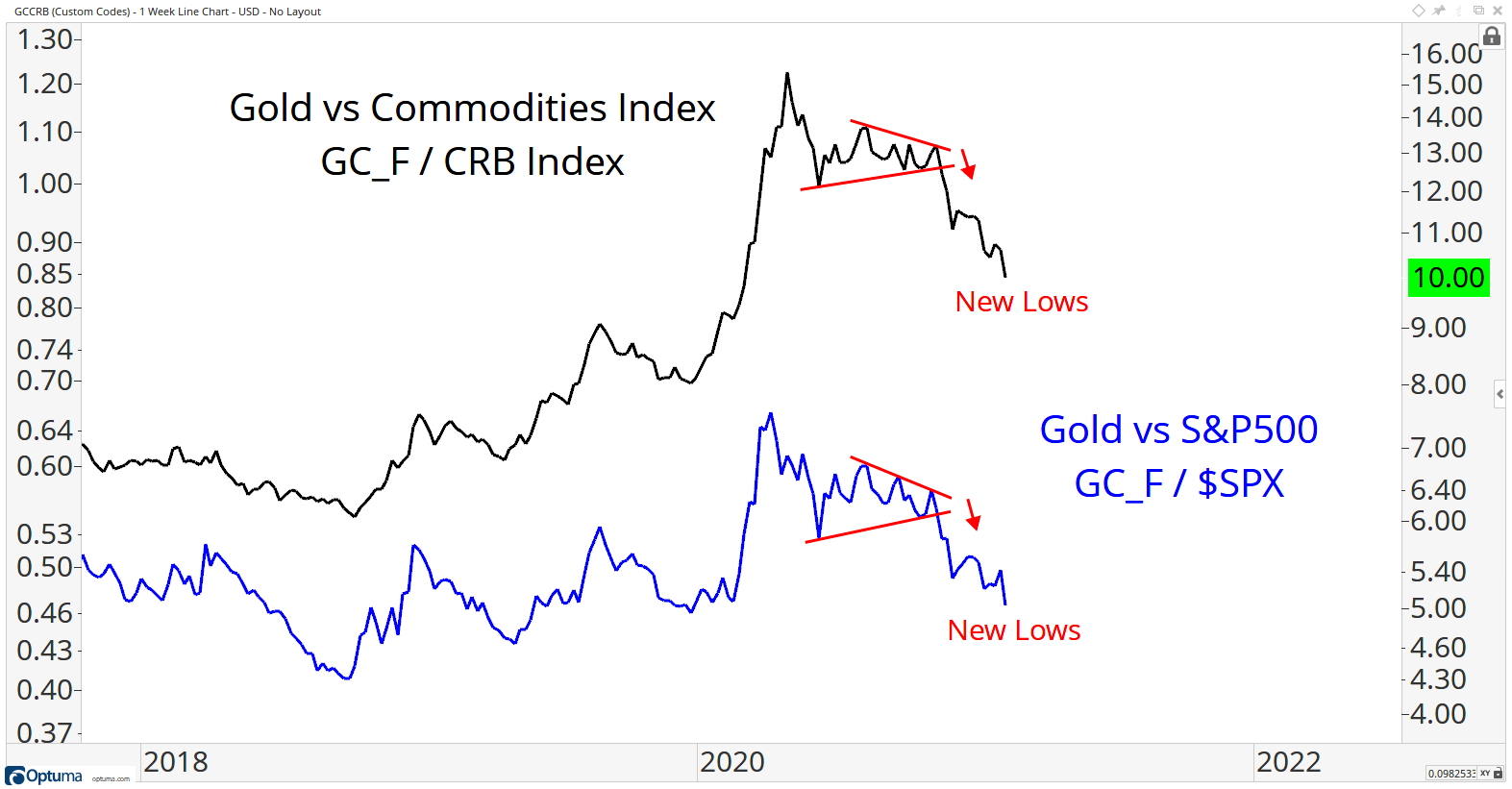 New lows across the board for Gold. No one wants this garbage.

Relative to stocks, we’re seeing the lowest levels since 2019. Not to mention Gold is in complete freefall relative to other commodities. 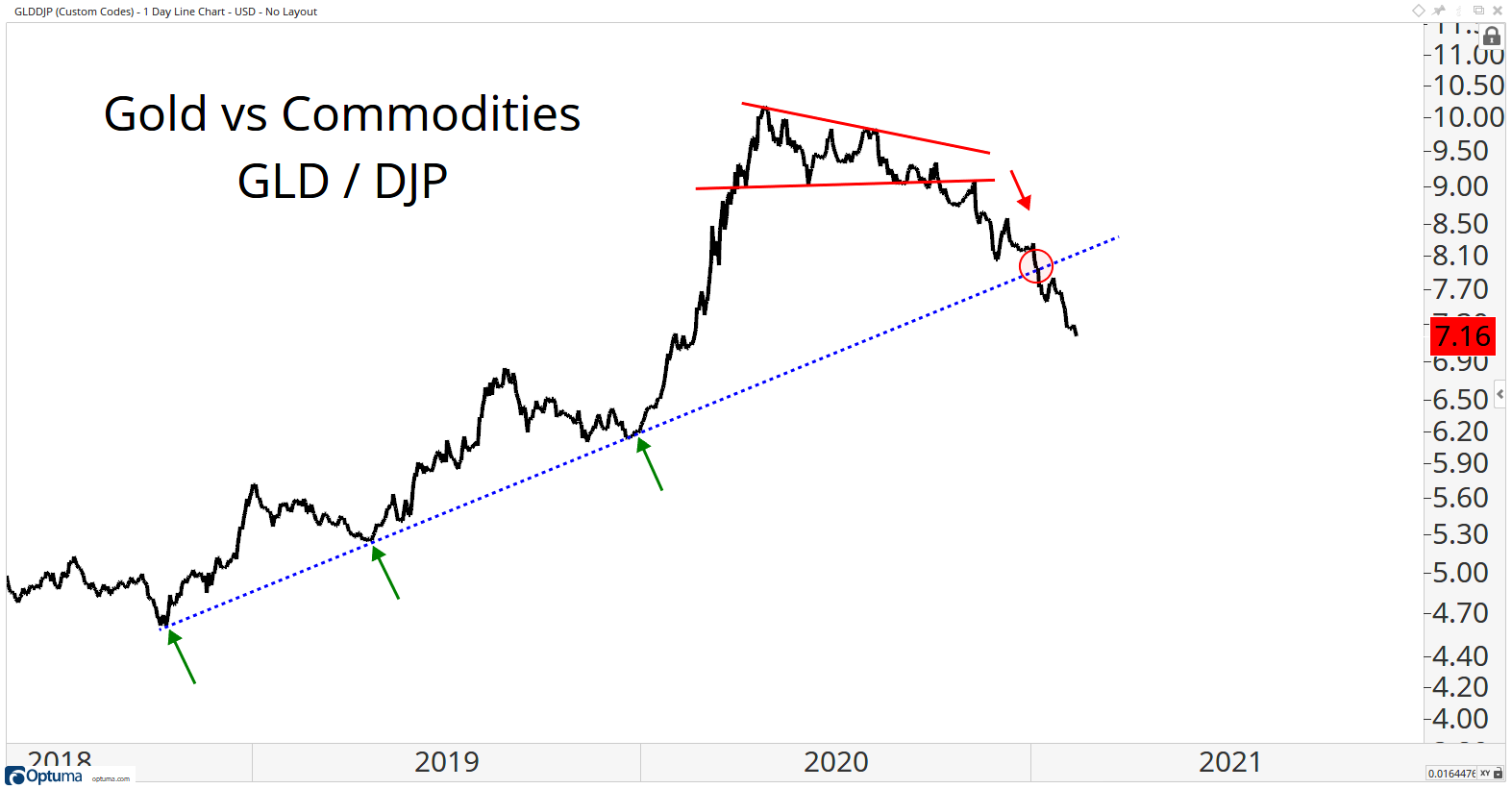 This has been a terrible place to be since last summer.

Now let’s check in on other bad trades.

These are the types of lines that go up when stocks are under pressure. 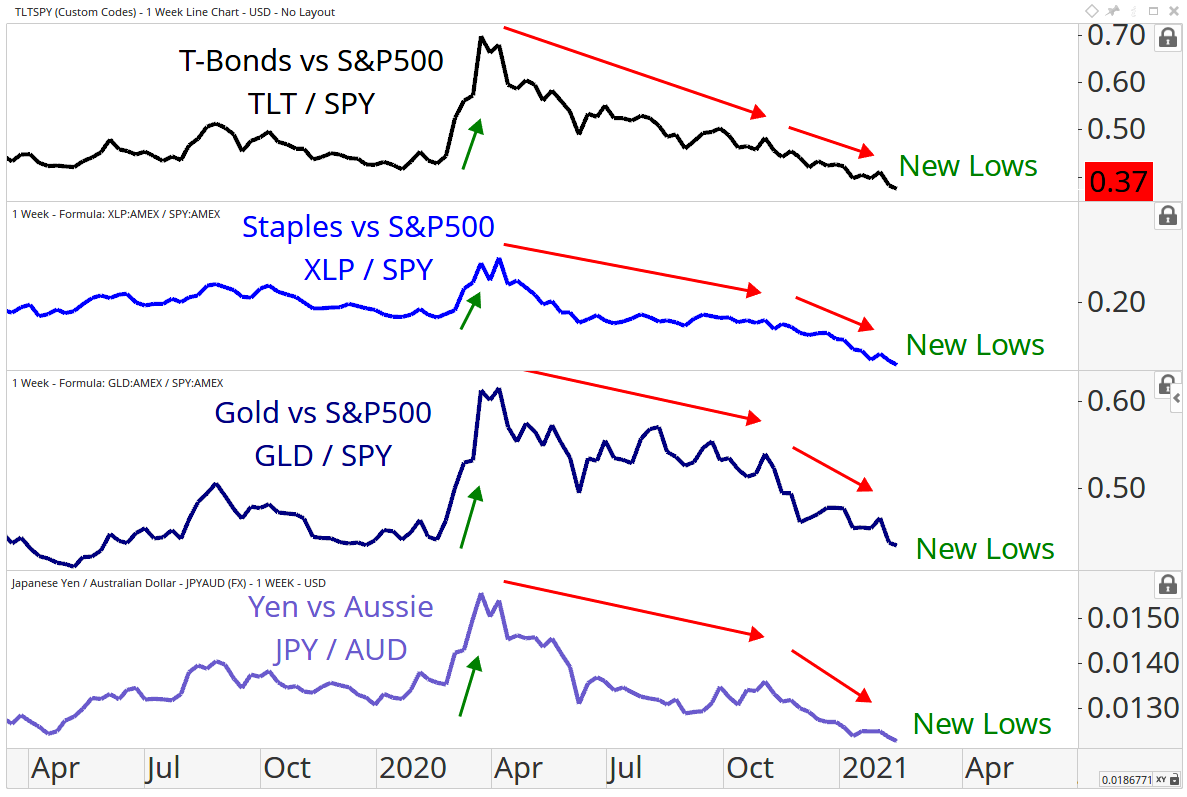 We’re not seeing a bid in bonds, relative or otherwise. US interest rates just went out at new highs.

Staples keep underperforming, which is a classic characteristic of bull markets, of course.

Aussie/Yen is making new highs, essentially confirming the global growth story that Emerging Markets and Transports are telling above.

No one wants to be in the defensive assets. That’s not my opinion. Those are just facts.

That could change, of course.

But there isn’t any evidence that it has.

When it does, we’ll adjust our approach accordingly.

What’s wrong with that?

We’ll be diving into all of these trends above and the best ways to profit from them Tuesday on our Live Monthly Conference Call. February’s call will be held on Tuesday the 16th at 6pm Eastern time. Be there. It’s gonna be a good one!

Premium members, click here to register for Tuesday’s call. We’ll obviously host the replay and slides on our Conference Call page after we talk.

It was the great philosopher Notorious B.I.G. who once said, “And another one…”

Kids, it was not DJ Khaled. That came decades later. Study up on your hip hop history.

I doubt that Biggie Smalls was referring to breadth expansion when choosing his lyrics, but it’s nice to think that maybe he was.

But for us, it just seems like we keep quoting the greatest rapper of all time. Yes kids, that was Biggie as well.

Since last June we keep seeing these breadth thrusts and evidence of breadth expansion, not the deterioration that regularly comes before market sell-offs.

You hear me talk about those January 2018 highs a lot. You can see it perfectly in the Transports chart above. But if you go all over the world, you’ll notice how often charts topped out that month. That’s when risk peaked, and it’s been a grind ever since.

And now, we’re seeing the most amount of stocks above those January 2018 highs that we’ve ever seen:

If you’re not sure why this is important, just think about it for a second.

For the indexes to make progress, and for stocks to start a new cyclical bull market, they need to exceed those January 2018 highs, when risk peaked.

Some of them broke out last Spring. Many of them, in fact. But now we’re seeing the most ever.

Notice the divergences in September 2018 and February 2020, two of our favorite corrections. We enjoyed both of those very much, don’t get me wrong.

But to be clear, that is NOT what’s happening here.

We’re getting confirming data, not diverging behavior like we saw in Sept 2018 and Feb 2020.

You see, it actually IS different this time.

Happy Birthday To Me

I’m not big on Birthday celebrations. I don’t need to make a huge deal about it.

Those of you who know me know that I’m a very simple man.

I just want to hang out with my family, open a nice bottle of wine, put on the game and chill. Mix in a few charts and some ribeyes and that might just be my perfect day.

I don’t need much.

My wife on the other hand, dramatic, prefers to make a big deal about it. So I’ve got the whole family coming over, an irresponsible amount of food be delivered (New Orleans style), and knowing her, way more presents than I’ll ever need.

This year we compromised. I’ll let her make a big deal about it today, the 13th. But on my actual birthday Feb 14th, I get my quiet day with the fam, a few charts and ribeyes on the grill. Oh yea, I also have a 1973 Rioja Gran Reserva that I’m gonna open up!

But the Ribeyes, Rioja and the smiles from my 6-mo old daughter are what life is all about. That’s what I’m most excited for.

Thanks for making this another great year. I really appreciate all your support!