Have you noticed how stocks keep making lower lows and lower highs? We call those downtrends.

There’s an important reason why I bring this up. There is a much higher likelihood for markets to continue in the direction they’re heading in, than for them to just reverse course and start to move in the opposite direction. This is true for both uptrends and downtrends.

We live in an interesting world of double standards. When stocks are going up and “irresponsible” shorts are getting squeezed, no one feels bad for them. In fact, short sellers get ridiculed for “being so stupid” (see: $TSLA last year). But when longs are getting killed for being irresponsible, we’re supposed to feel bad for them right? That’s how this works?

I know there are certain perceptions about the intentions of shorts betting on a company failing vs shareholders betting on a company’s growth. Fine. But seriously, is there a difference at the end of the day. It’s really just math for most of us. I think we really need to think about these things. I don’t have the answers, but I certainly question the hypocrisy.

Here’s what this nice gentleman on the internet had to say: 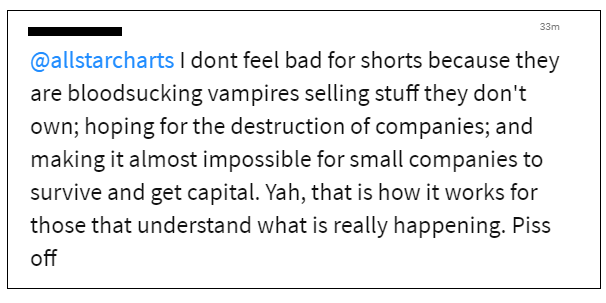 This isn’t my first cycle. I’ve seen this before. My behavior is way different this time too. I’m much more open minded to possibilities than I was in 2008. Nothing surprises me in the markets anymore. Ever. Because I had to learn the hard way that it’s the market’s surprise that will kill you. So I just always expect it and prepare for the worst. You guys who know me already know that. But for you who are new here, that’s what this is about. Limiting risk. Nothing else matters. I promise.

Today we’re going to take a look at the major indexes. Notice how we’re using retracements now and not the extensions that we were using before. This goes back to understanding what type of market environment we’re in before deciding which tools to use. We don’t want to brush our teeth with a hammer do we?

So we’re taking the lows from 2009, which you guys love to talk about so much, and the highs from this year and seeing where we are relative. The thing is, we’re already through the first retracements AND below the late 2018 lows in all of them, except the Nasdaq:

The Dow Transports and Russell Small-caps both didn’t even put in new highs. It shouldn’t be a surprise then, that they’re doing way worse than the 3 indexes above. This is a classic example of relative weakness preceding a collapse. It’s why we look at this stuff guys:

So here’s the thing. For the S&P500, Nasdaq and DJ Industrial Avg, those 2015 highs could prove to become support. I mean, that was big time resistance, so why shouldn’t that turn into support? Polarity, right JC? 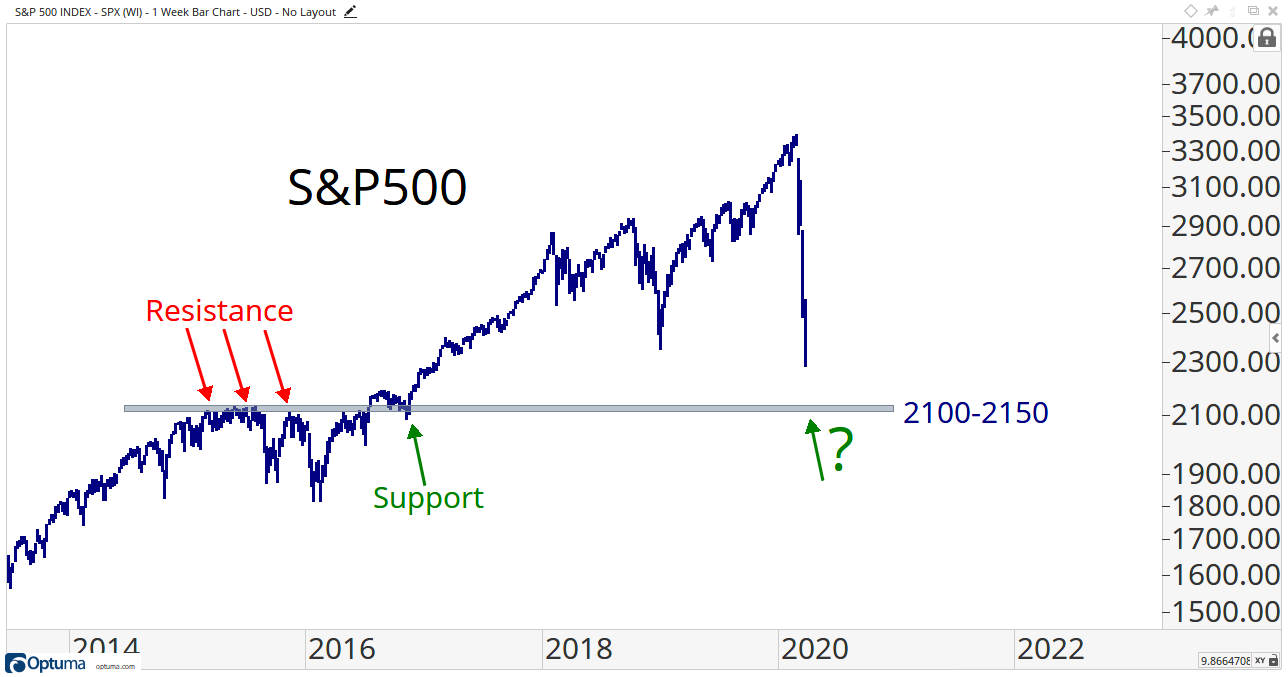 Well, let me tell you about support and resistance. In low volatility uptrending markets, potential resistance levels tend to actually turn into resistance, even if only temporary. However, in high volatility, very high volume markets, which are characteristic of downtrends, things are different. Because there is so much volume, any demand there to absorb that supply is so tiny in comparison, that support levels appear to be almost ignored completely.

So what makes us think that the S&P, Dow and Nasdaq are going to hold their former highs from 2015? The Dow Jones Transportation Average and Russell2000, which have been the best 2 leading indicators for us, have already cut right through those 2015 highs like they weren’t even there. The words Hot Knife and Butter come to mind.

You know what we’re looking for to get constructive towards markets? Breadth improvement. Remember why we got so bearish at the end of January? Fewer stocks were going up. Fewer stocks were showing positive momentum. Now we’re looking for the opposite. Are we seeing fewer stocks making new lows? Or are we seeing more stocks making new lows? It’s still the latter. That’s not evidence of an uptrend.

We can lay out levels like I’ve done here, but the market doesn’t care what JC thinks “should” be support. It doesn’t care at all. If there’s enough supply, it’s going to absorb any demand that may or may not be there. That’s just what it is.

If we’re not above 2400, owning stocks is incredibly risky, to say the least.

I’d like to see any evidence of demand coming in. Any demand. At all.

We just haven’t seen it.

In the off chance that we do get that improvement, these are the stocks we want to buy.

But I’m not……holding my breadth. (Tip your waitresses, I’ll be here all week)