I think there is a big move brewing in the U.S. Treasury Bond Market. US Interest Rates have gotten crushed along with rates all over the world. It’s not just a U.S. thing, but a global phenomenon.

Here is the chart of Interest Rates around the world collapsing since the 4th quarter last year: 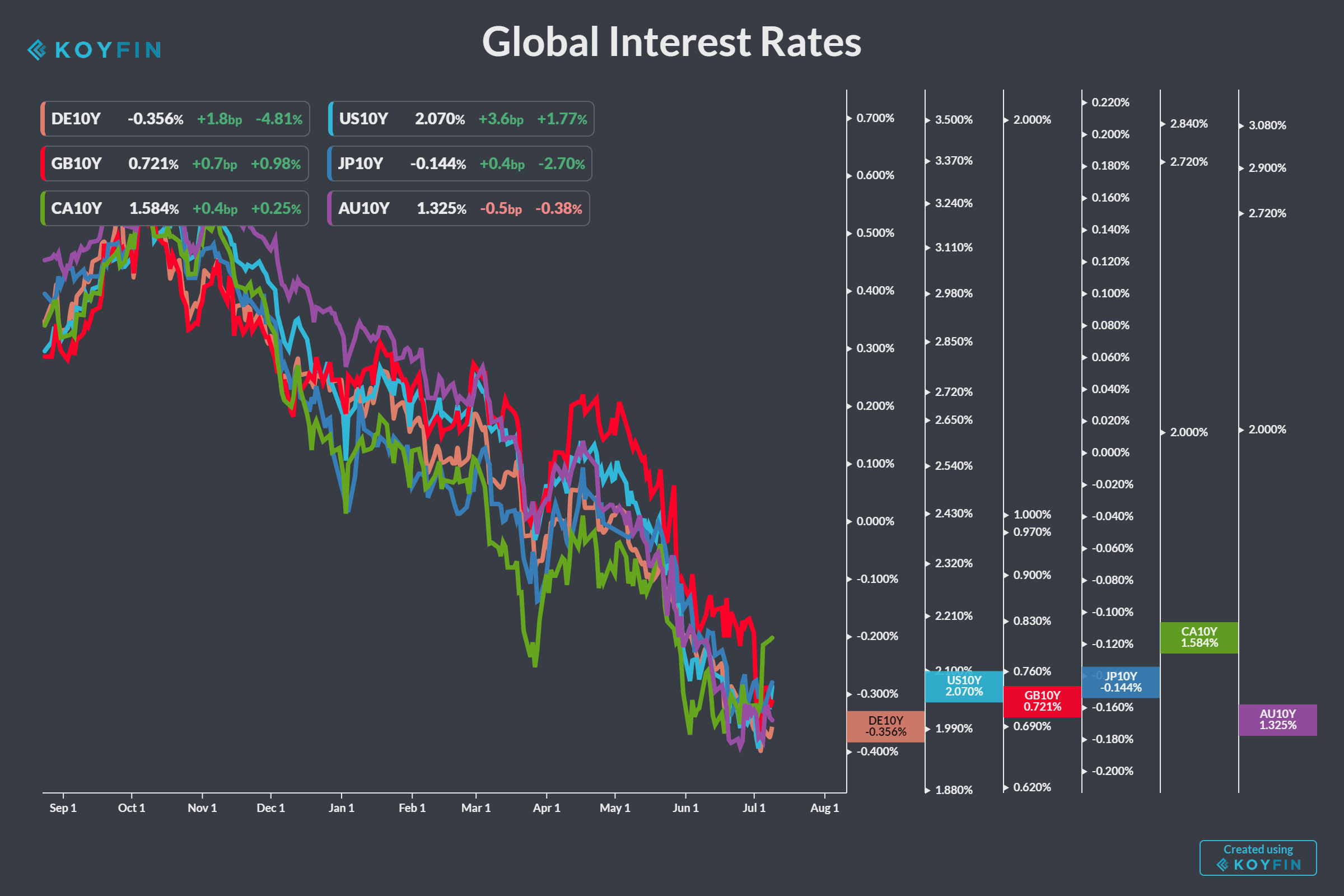 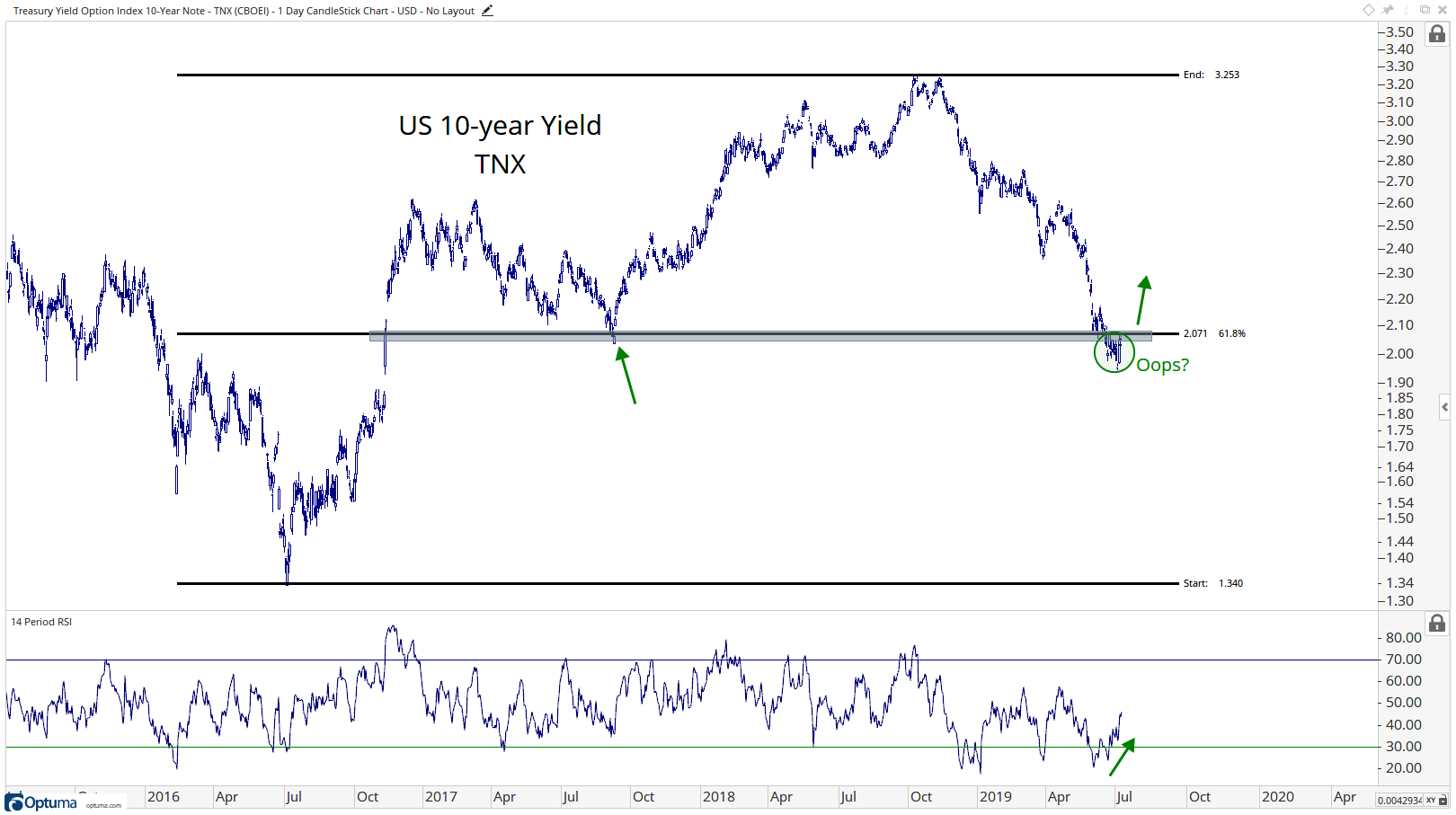 Currently the 10-year is just under 2.07% which represents the 61.8% retracement of the entire 2016-2018 move. With that bullish momentum divergence on the recent lows and prior history at these levels from September 2017, I think the squeeze is on if we’re above 2.07%.

Let’s flip that chart upside down and look at the actual bond prices. Here is the most liquid ETF $TLT, which represents the 20+ year Bond. The way I see it, if we’re below 131.50, we want to short the hell out of bonds: 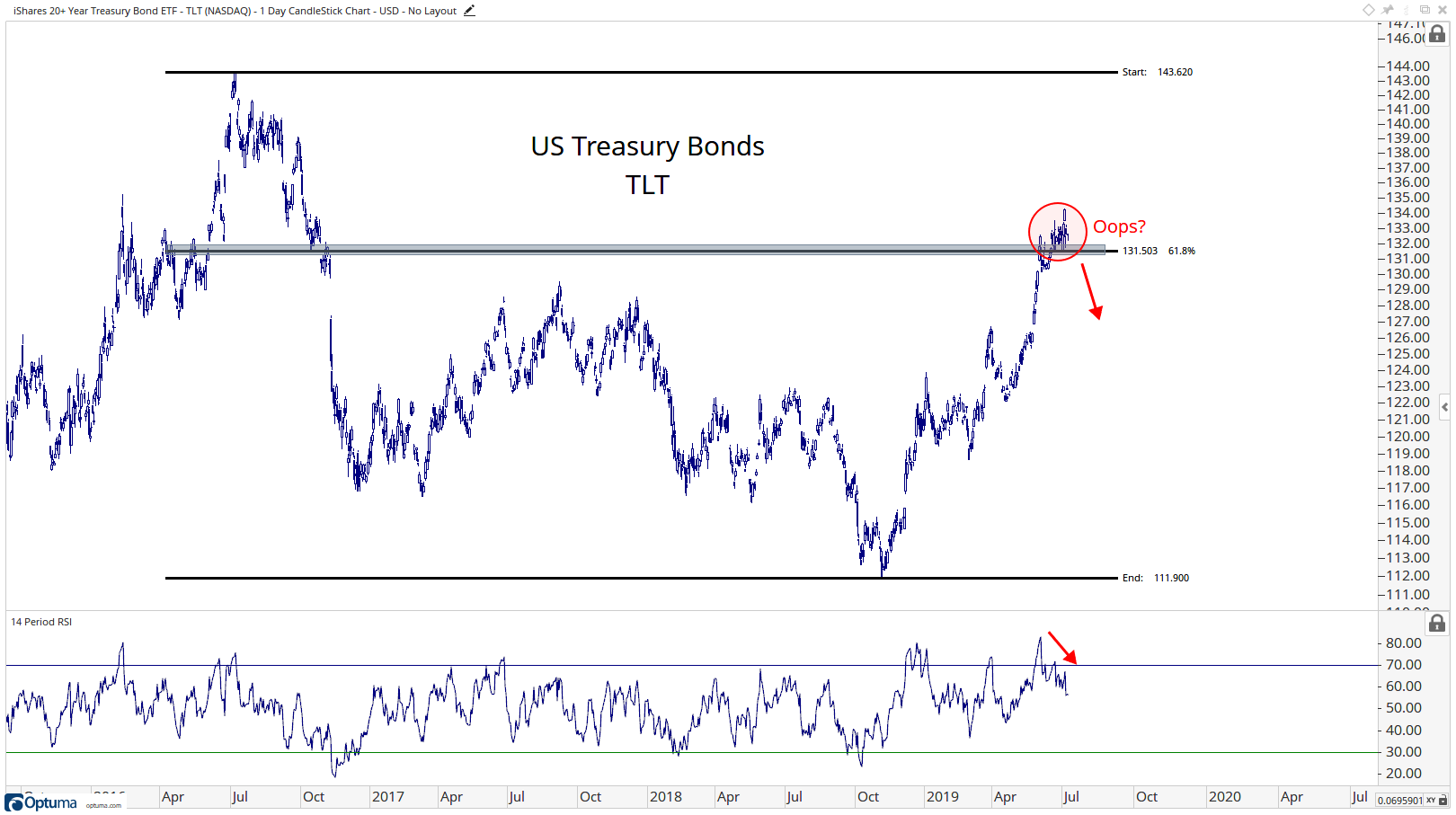 This is a similar picture to the 10-year yield above. We potentially exceeded this key retracement level temporarily to only fail and collapse.

I’ve seen this story play out before. The risk is very well-defined, considering this thesis is only valid if the 10-year is above 2.07% and $TLT is below 131.50. The unwind from this move is likely to be violent and we want to take advantage.

How many people do you know are trying to short bonds here? I just keep seeing the twitterati talk about the fed and rate cuts. I’m looking to take the other side.