We continue to see the late cycle sectors outperforming the the early cycle guys. Two months ago I pointed to the relative strength that we should start to see out of the Energy Space due to the price pattern that had been developing in the Energy/S&P500 ratio. So far this is working out very well, but I believe this is still only the beginning.

For the second quarter, Energy has by far and away been the biggest winner. Here is a chart representing the relative performance of each of the S&P500 sectors for the second quarter. Notice that Financials and Consumer Cyclicals (two early cycle sectors) have performed the worst, while Energy is dominating the field: 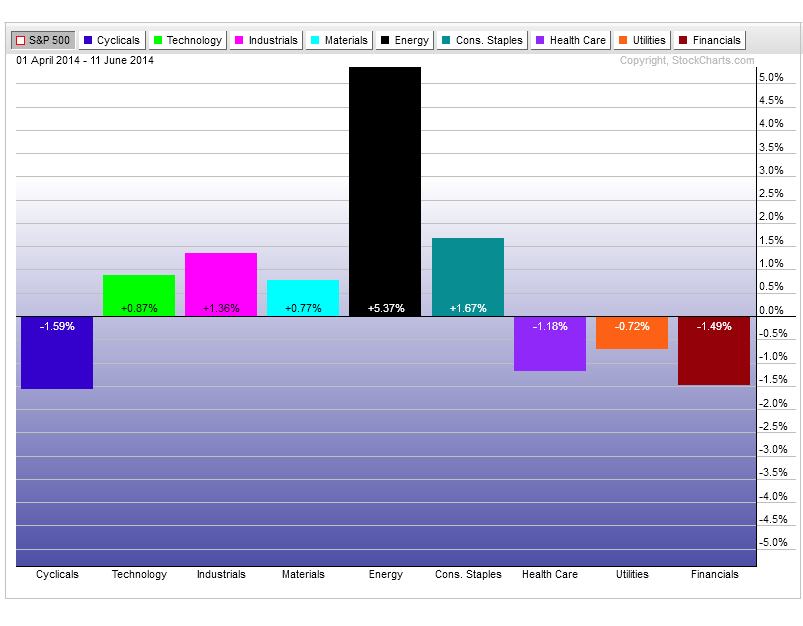 The next chart is the same one that I shared with you guys when I originally recognized this pattern. The Energy Sector ETF $XLE is the numerator and the S&P500 ETF $SPY is the denominator. When the ratio is rising, Energy is outperforming the market. Look at the brief breakdown below multi-year support this January that then quickly recovered. Now we are quickly approaching this key down trend line from the 2008 highs. It looks to me like a breakout here is likely coming soon: 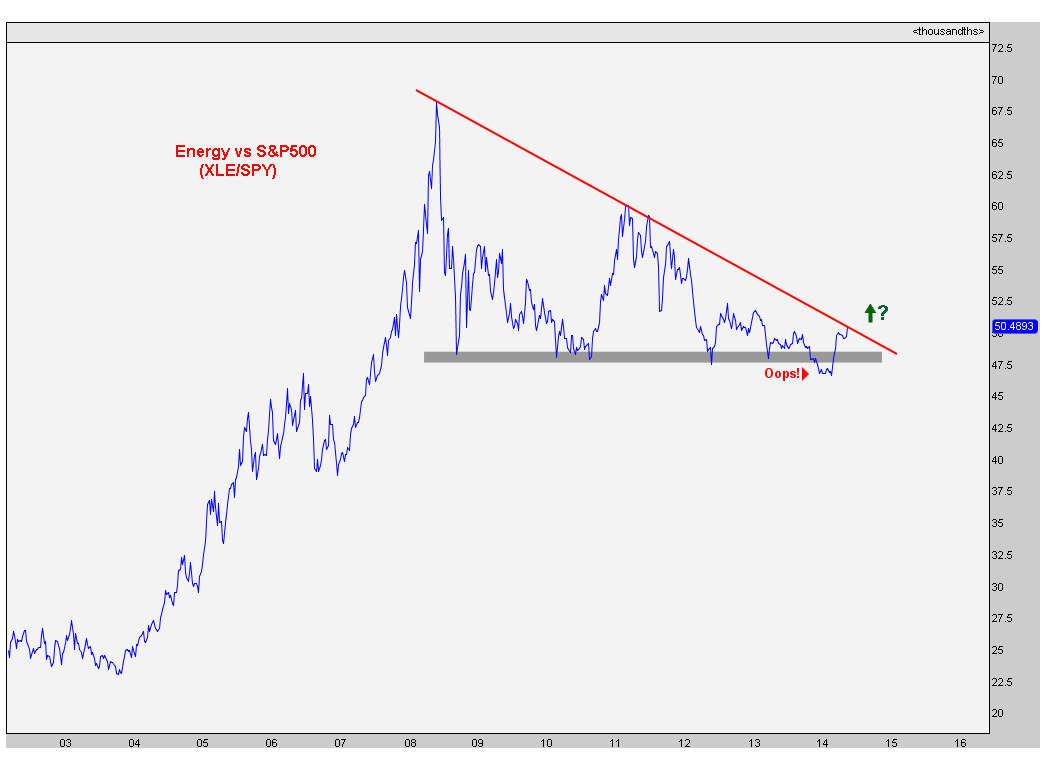 The catalyst for this breakout is without a doubt that failed breakdown early in the year. From false moves come really fast ones in the opposite direction. Throughout the second quarter, we’ve started to see that. But when a pattern like this is completed, the resolution tends to create a trend that can last longer than most expect. I think there is still 20% upside here and that only gets us to the 2011 highs. At that point we can reevaluate, with the understanding that we can definitely go a lot higher.

A breakout above what most chart watchers would consider to be a descending triangle would be extremely bullish for this ratio. This has broader market implications as well. Remember that the market capitalization of some of these Energy names ($XOM $CVX $COP $SLB $PSX) are massive and can therefore hide some of the weakness in the other sectors. So while some stocks might get crushed, the Energy names can still hold the market up a bit.

This is text book late cycle behavior and suggests that we are likely in the latter stages of this 5+ year bull market for US Stocks. I continue to like the energy space, but particularly on a relative basis. This is one of the more interesting developments we’ve seen throughout the second quarter, but I don’t see it getting many headlines. We like that. When they really start talking about this, we’ll probably look to fade it. But I don’t think we’re anywhere near that point yet.

REGISTER HERE for more information on how to access updates on these sector charts on multiple time frames.