From the desk of Steven Strazza @Sstrazza and Ian Culley @Ianculley

Last week, we highlighted the USD testing a critical level against the Rand. This is a theme we’ve been seeing a lot in a variety of USD crosses recently and will discuss more in a post later this week.

We’re finally beginning to see some resolutions from these key levels, and they’re revealing some very valuable information regarding the Dollar’s strength and the likely future direction for the $DXY Index itself.

In this post, we’ll take a look at some examples of this theme by showcasing two forex pairs from Northern Europe that are currently breaking down at major inflection points against the USD.

But before diving in, let’s set the stage a bit…

What are some of the major developments in G-10 pairs that are driving the US Dollar Index right now?

Bottom line… All of these charts suggest the US Dollar could be running out of steam.

Let’s look at some of the less-popular developed market currencies now and see if they’re telling us the same thing.

First up, is the Swedish Krona. Here’s a weekly chart of USD/SEK, looking back almost a decade. 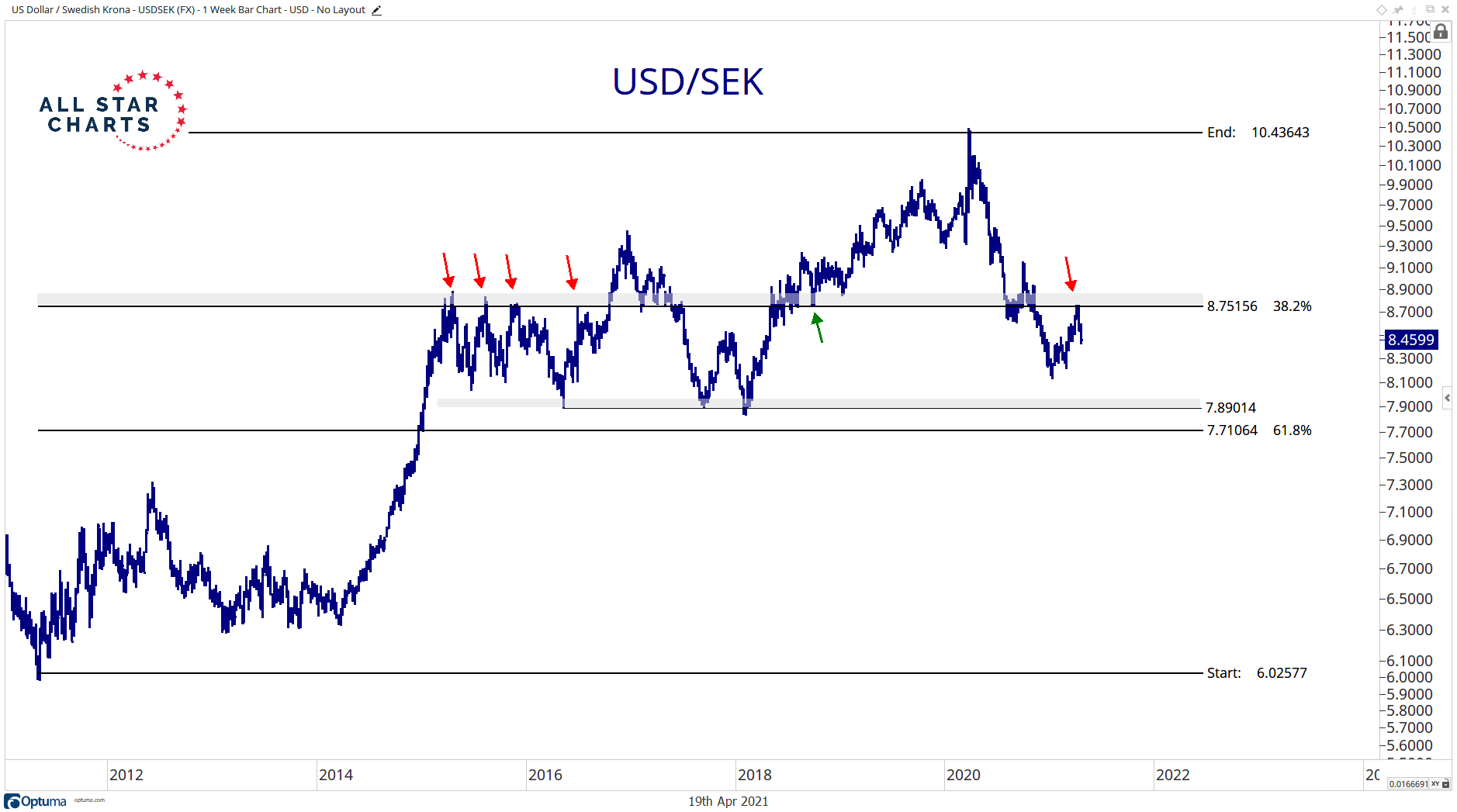 This is a great example of the type of action we’re seeing all over as this pair just failed its retest of an important resistance level.

As the USD gained strength over the last couple of months, price action reverted toward former levels of key support and resistance in a variety of crosses. And on balance, we’re seeing more and more of these tests fail – just like the one above.

The quick reversal at this key level supports the waning USD strength we’re seeing in other forex pairs. It’s also yet another data point in the camp for US Dollar bears.

Next, let’s look at the Swedish Krona’s neighbor, the Norwegian Krone. 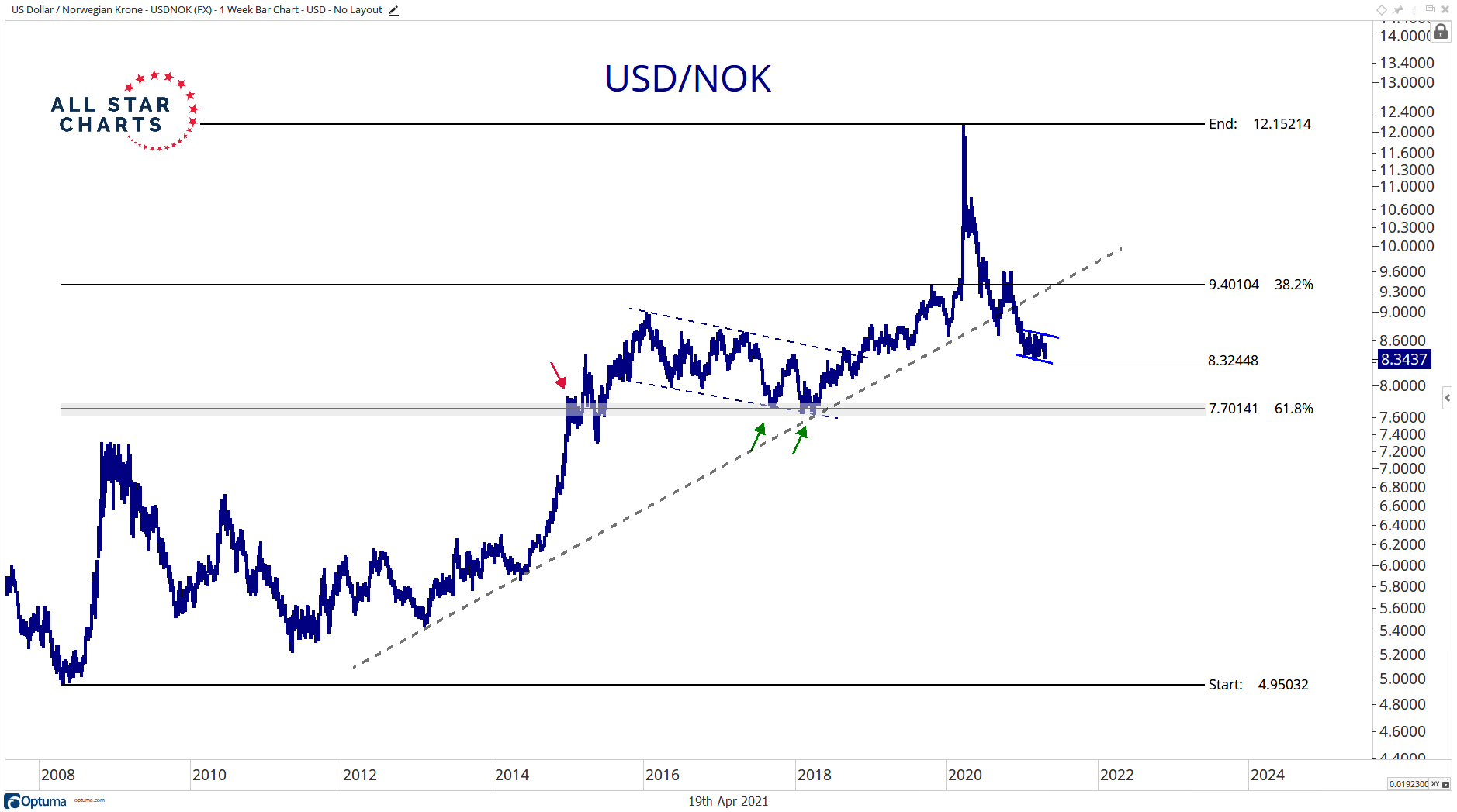 While many USD currency pairs have retested key levels, USD/NOK is coiling in a tight continuation pattern within the context of an underlying downtrend.

This action makes sense given the Norwegian economy’s ties to Crude Oil. Many of the other commodity-centric currencies, like the AUD and CAD, are behaving similarly due to their high natural resource exposure.

The direction in which this consolidation resolves will be telling. It will provide insight into both the direction of the USD in addition to the health of the present risk-on environment, which is illustrated in part by the strength we’re seeing from commodity-based economies and currencies such as Norway’s.

We care more about these charts in the way they provide valuable information we can use to inform our market view, and less about using them as direct trading vehicles to express such views.

Right now, both of these charts (along with a plethora of other data points) are telling us we should be on breakdown alert for the US Dollar and the $DXY Index in general.

Long story short, we’re seeing more and more signs of structural trend reversals in a growing number of currencies as evidence builds to suggest that the directional bias for the US Dollar is likely to be lower from here.

Thanks for reading, and Premium Members be sure to check out this week’s Currency Report below!

If you have any questions, please let us know!