There’s always information in the Currency markets, even if trading currencies isn’t something you do.

There is wisdom in some of the world’s largest markets like forex and fixed income. To ignore it would be irresponsible.

One thing that’s been hard to ignore is the strength in the US Dollar Index throughout the first quarter of 2021. This could be a potential wrecking ball to the global growth, rotation into cyclical and commodity supercycle themes.

When we look at several G-10 Currencies relative to the Dollar, the Commodity-centric currencies have held up the best, which is interesting, isn’t it? 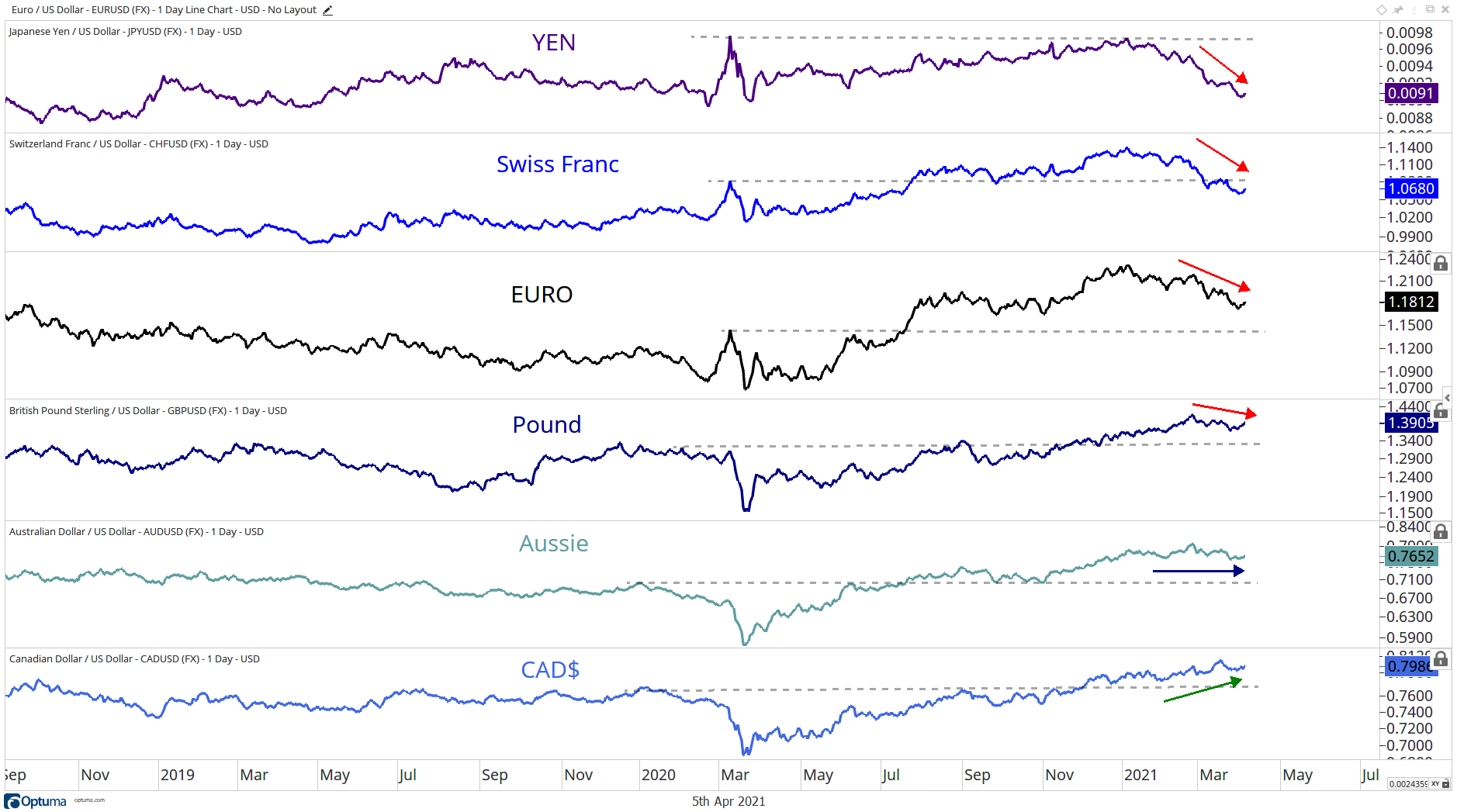 The currencies that benefit the most from the current market environment are the ones least affected by USD strength.

Who’s got it right here?…

Will CAD & Aussie eventually catch lower, or will the other developed currencies catch higher?

Here’s a closer look at these two: 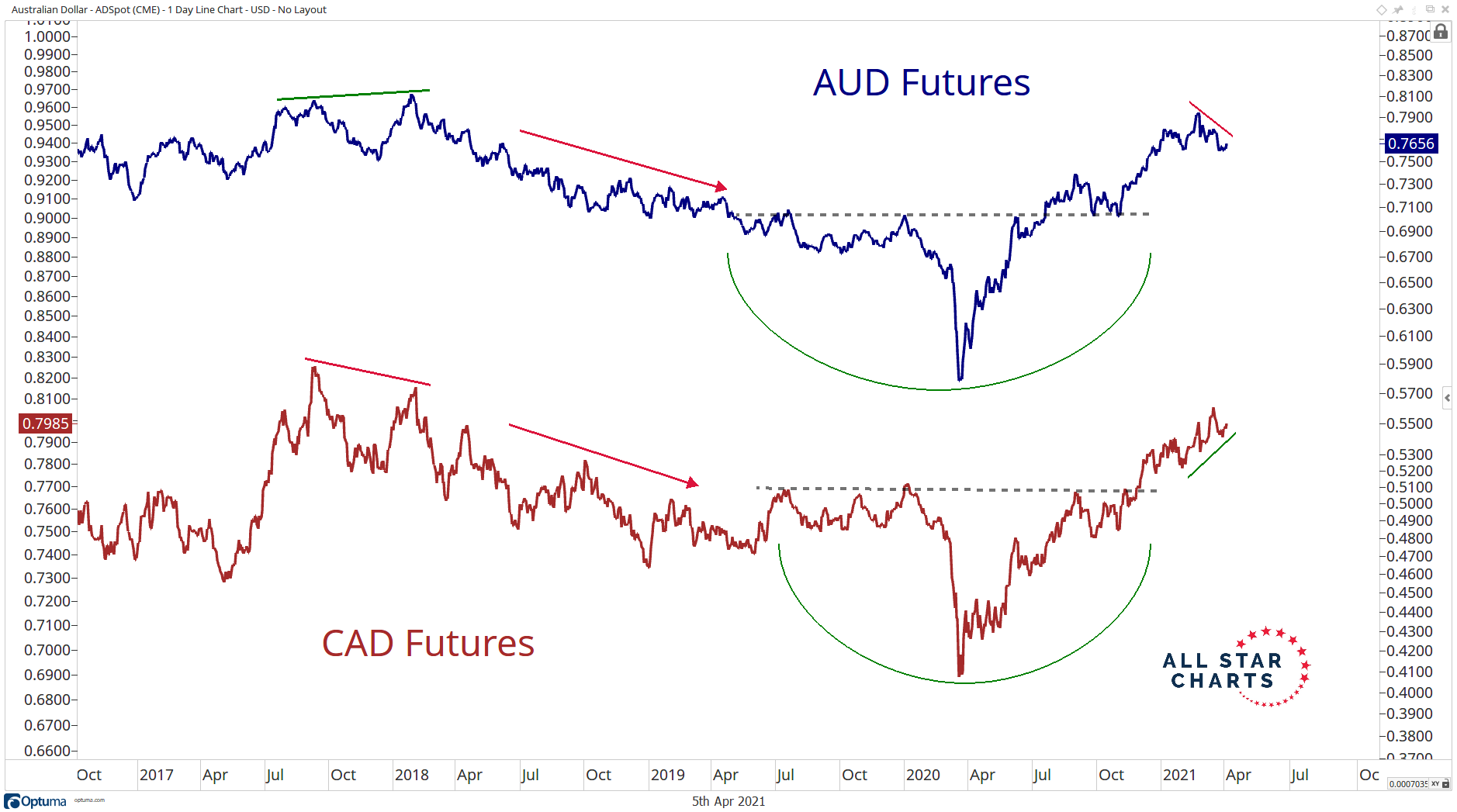 Aussie led back in 2017-2018 by making higher highs while Canadian Dollars put in lower highs. Today it’s the opposite, as you can see here in the chart above.

Will the CAD act as a leading indicator this time around as it continues to make higher lows and higher highs?

We want to keep an eye on the CAD and Aussie for information regarding the USD’s potential direction and insight into the strength in the commodities and global growth themes.

Things are just starting to get interesting.

Premium Members can download the full ASC Currencies Workbook here. Also, if you’re not caught up on the Monthly Commodities Workbook that just dropped, and you can check it out here.