We don’t get to choose the market environment.

Like it or not, the current one is heavily influenced by the Federal Reserve. And the Fed is not alone. Almost every central bank around the world is raising rates – and doing so as quickly as possible.

The Fed raised rates by another 75 basis points at yesterday’s FOMC meeting, bringing the year-to-date total to three percentage points of tightening. And they are not done yet. That was the message Chair Powell delivered and that was the message received, reluctantly at first, by the market.

The four previous times that the Fed raised rates this year, the S&P 500 was up sharply on the day of the announcement, with daily gains ranging from 1.5% to 3.0%. Without those gains, S&P 500 would be down close to 30% YTD (versus the actual 20% decline). That changed yesterday, as the S&P 500 closed down 1.7% (after being up on the day going into the FOMC announcement).

Over the past month, the Fed has pivoted – but not in the direction that many hoped. Not only are they indicating that rates will be higher for longer, but they don’t expect to back down any time soon. They intend to persist even as the economy slows more dramatically and remains weaker longer than they were expecting as recently as June.

We can see this in the decisive upward shift in the expected level for interest rates both this year and next and the corresponding downward shift in growth expectations: 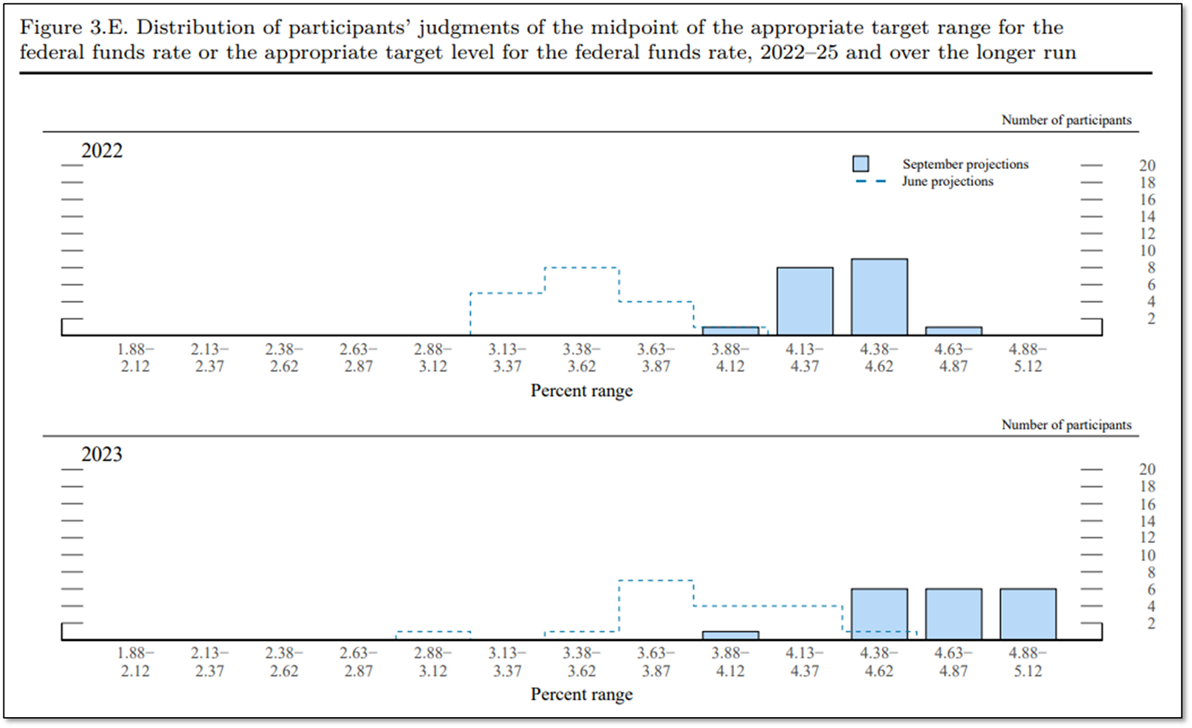 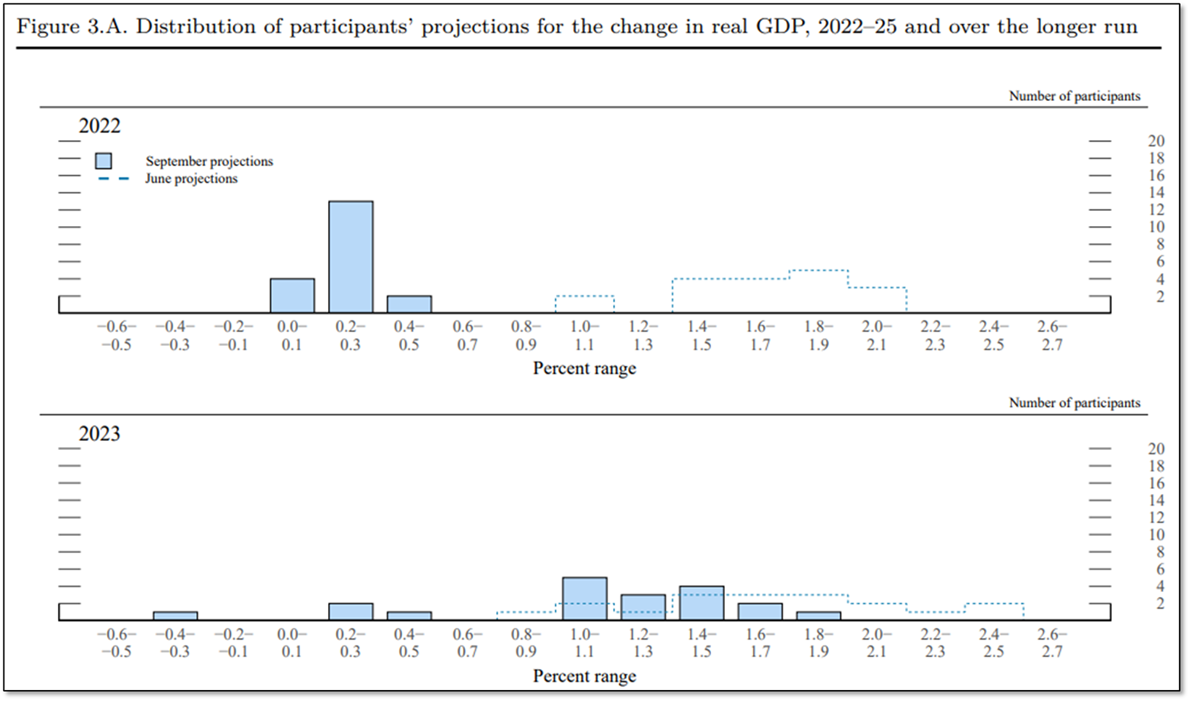 Lest the data and text be misinterpreted, Chair Powell in his post-meeting press conference summed up the Fed’s message in two sentence, a total of just 13 words:

“My main message has not changed since Jackson Hole.”

“We will do enough.”

The Fed’s quiet part said out loud is this: The Fed will err on the side of over-tightening and inflation cannot get back to target without a recession.

Rates across the yield curve are moving higher. Bullish equity market narratives premised on avoiding recession are kaput. The stock market needs to start pricing in both a recession and the likelihood that investors (who, despite expressed pessimism, are actually still historically overexposed to equities) may start to find 4% short-term yields a compelling reason to make an asset allocation shift.