I recently came across a conversation about momentum…

I was excited when I first saw it — but disappointed when it didn’t actually go anywhere.

Okay that’s a joke. But I did see a momentum discussion. This time, it went somewhere. It even got me thinking about my own experience with momentum when it comes to making investment decisions.

Someone on Twitter asked whether momentum investing had a godfather of sorts, an established voice that lends an air of respectability to a discipline. Think about Warren Buffett (and before him, Graham & Dodd) with respect to value investing. There were interesting comments in the thread that followed the initial post and I saw more than a few references to Cliff Asness and the work he has done at AQR. While acknowledging the work he has done with respect to momentum as a strategy, Asness himself referenced several academics who have written on the subject over the past few decades.

My exposure to momentum started with a newspaper article way back in March 2000. I was 5 months into a somewhat accidental career in finance. I knew little about market fundamentals and even less about the technical side of things. I came into the business as an Econ under-grad, pursuing a CFA and doing additional Economics coursework. It was only later that I acquired my CMT.

You probably remember March 2000 was a crazy time in the market. The NASDAQ Composite had risen 100% over the previous year and would end up declining 55% over the coming 12 months. The Russell 2000 had risen over 50% and was on its way to a 20% decline, while the S&P 500 was sitting on a 9% yearly gain ahead of an 11% yearly decline. I don’t remember if it was handed to me or just placed on my desk, but either way I received a copy of a New York Times article by Mark Hulbert: “How ‘The Big Mo’ Took The Top Prize.” 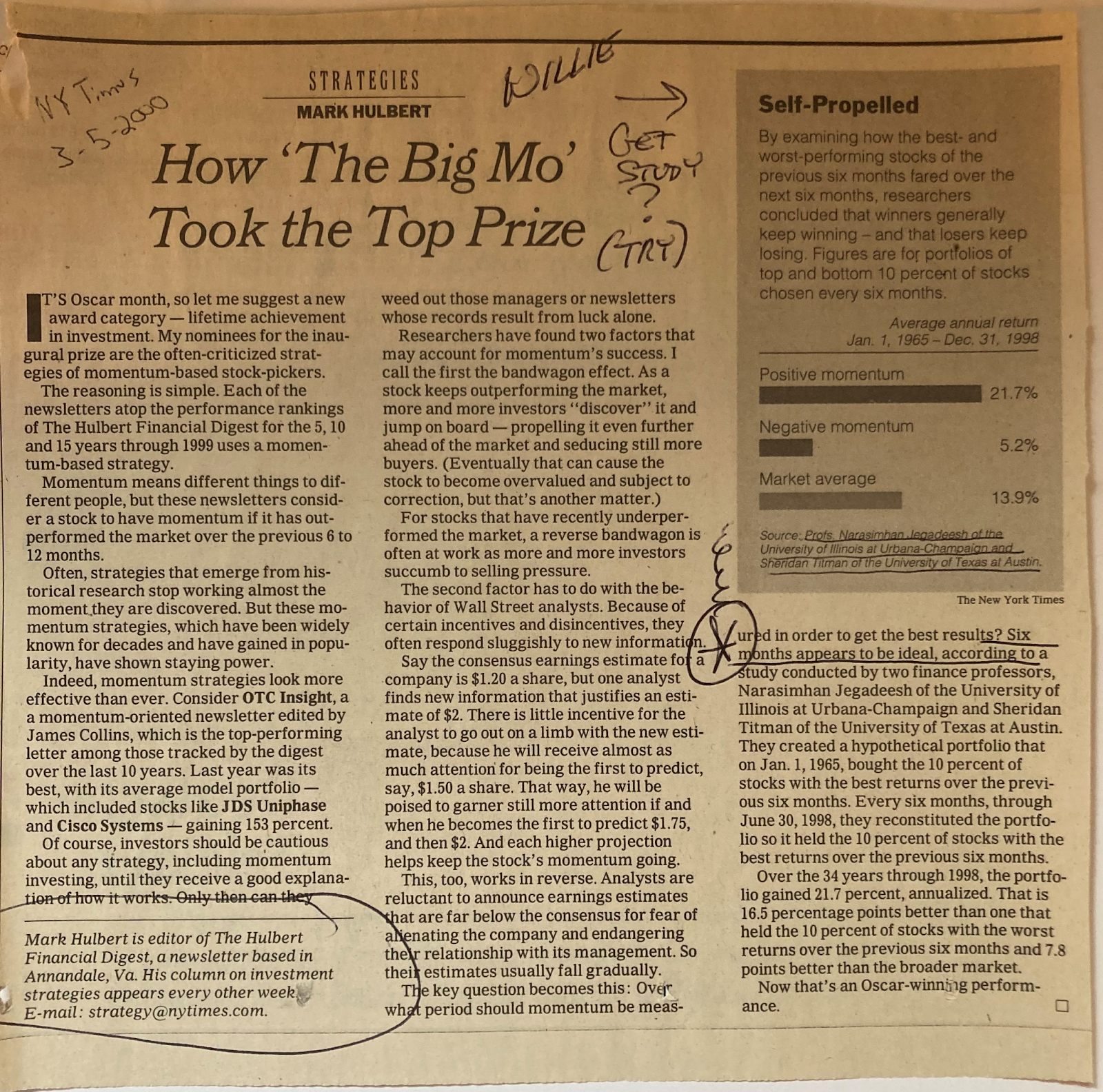 This article referenced work done by Profs. Jegadeesh and Titman. In short order, I tracked down an NBER paper (“Profitability of Momentum Strategies: an Evaluation of Alternative Explanations”) by the two that had been published the previous month. I printed it out (that was still a thing in 2000), read it, and did my best to put to work and test for myself some of their findings. 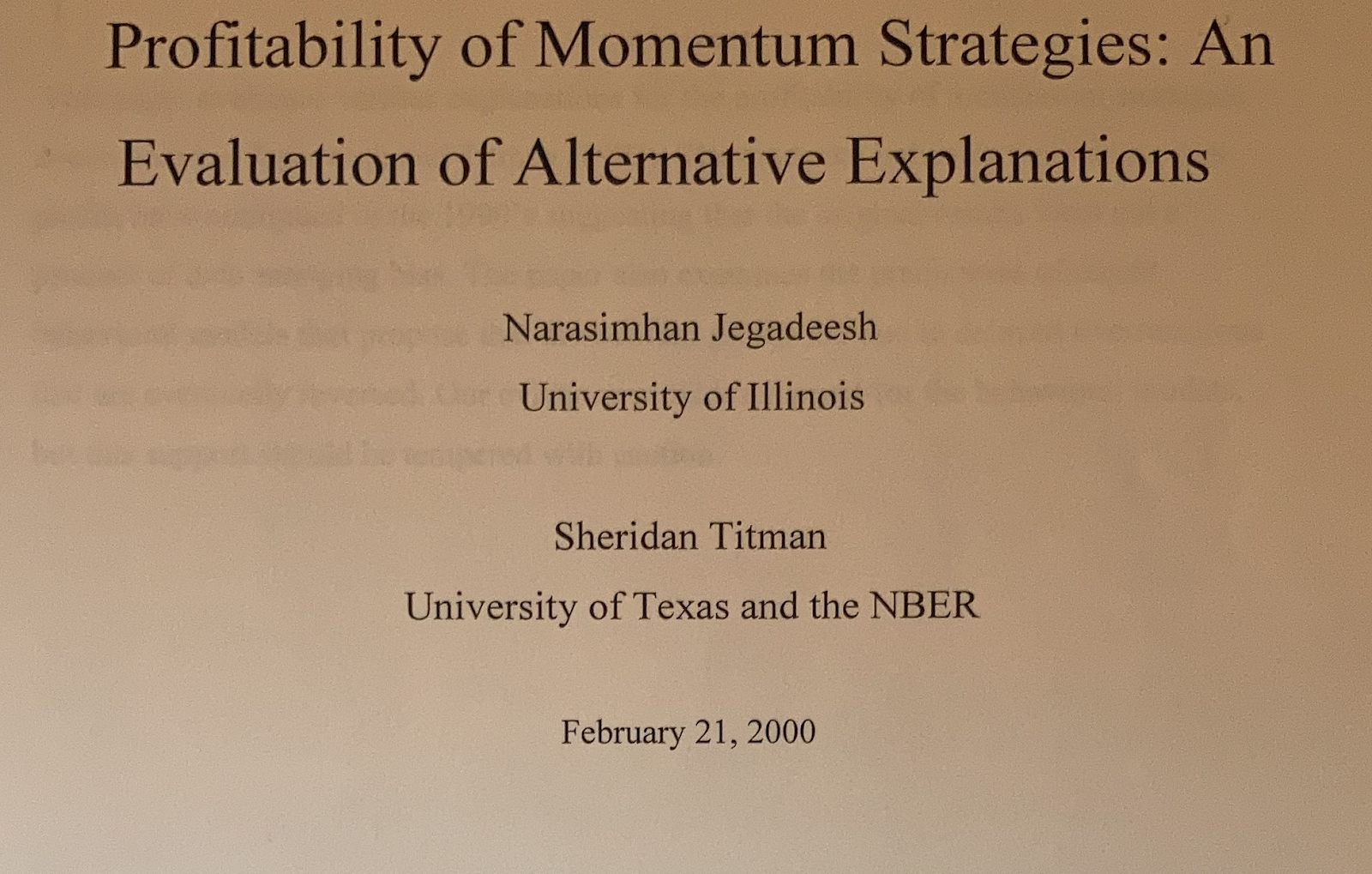 This was the beginning of my interest in using momentum indicators (mostly the MACD) when looking at individual securities and indexes. It also led to my building out relative strength rankings to identify momentum leaders within a defined universe.

Twenty years later, lessons from that experience and that article/paper have stuck with me.

There is still plenty of work being done on this front. The ideas that combine value and momentum could be a fruitful intersection of fundamental and technical approaches. While academics can introduce and pursue theories, the market is a real-time laboratory for testing ideas and finding anecdotes. Most investment decisions occupy the space between the theory and the anecdote.