The noisemakers love to talk to you about something they like to call FANG, or FAANG or FAAMG. I think they change it each time, depending on which narrative their trying to pass along to the unaware. They’re here to make noise, we’re only here to make money. See the difference?

In other words, while the mega-cap names are holding back the Tech Index a bit, the rest of the group is driving the sector higher, much higher it seems: 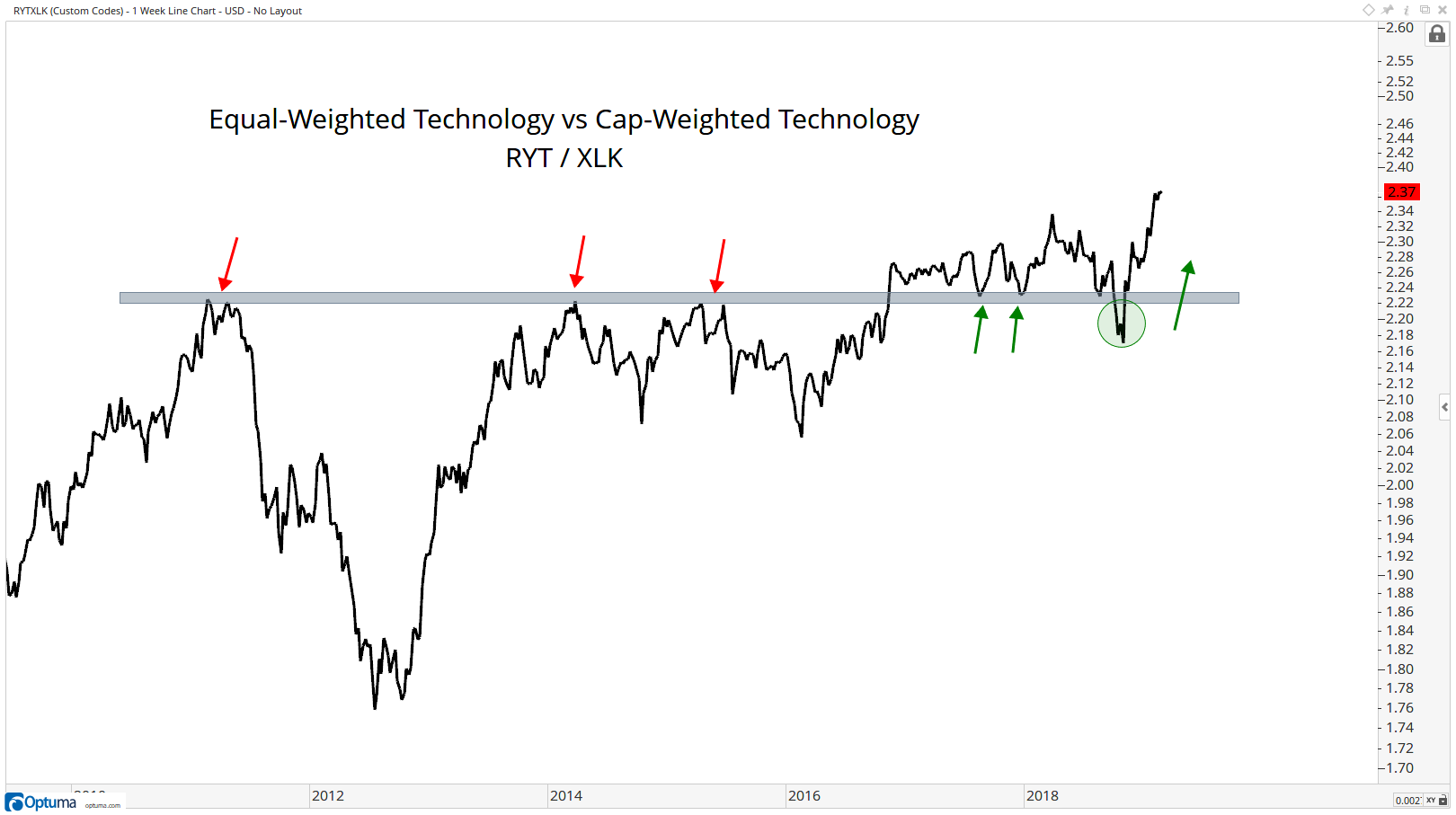 To me, this suggests an expansion of upside participation, not a contraction.

Here is brilliant technical analyst Chris Verrone making a similar point. And not to pick on Carl (I really like Carl Q), but this a good example of what I was describing earlier:

A little misleading. The Dow is a price weighted Index. This is not abnormal in anyway. In fact, the equally-weighted S&P is handily outperforming the traditional cap-weighted S&P… the “average stock” is acting better than the Index. That’s the real story here. https://t.co/HKqZYxFhxI

Ratios between Equally-weighted Indexes vs Cap-weighted Indexes aren’t always positively correlated with the market itself. In fact, here is a weekly regression analysis comparing the Equal vs Cap-Weighted S&P500 Ratio and the S&P500 itself. There’s clearly nothing there:

So it’s not so much that we think we need to buy this or sell that because of a ratio breaking out to new all-time highs. For me, I’m taking the Equally-weighted vs Cap-Weighted Technology ratio breaking out as evidence of expansion of breadth. In other words, more stocks are participating to the upside, not fewer ones.

We live in a Cap-weighted world. The noisemakers are going to use that against you.

We want to take this evidence and dive deeper into the individual names and worry less about where the Sector is, or where the S&P500 might be. Most of these sectors and indexes are in massive ranges. The opportunities, in my opinion, continue to be in the stocks themselves.

(Premium) Here is a list of stocks we want to own.