We’ve had quite the sell-off in Crude prices this week. Three days and 7% lower so far. But how long is this going to last? And was that it?

Taking a look at the chart below, it appears to me like we’re probably in store for more of a sideways boring market than anything else. And that’s OK considering we just saw a 30% rally in a couple of months. Corrections are normal and necessary. I wouldn’t force anything here on either side, long or short. Wednesday’s selling ended right at the 38.2% Fibonacci retracement from the June lows up to last week’s highs. This area also represents former resistance and consolidation that took place in July and early August. So it looks to me like some pretty decent support: 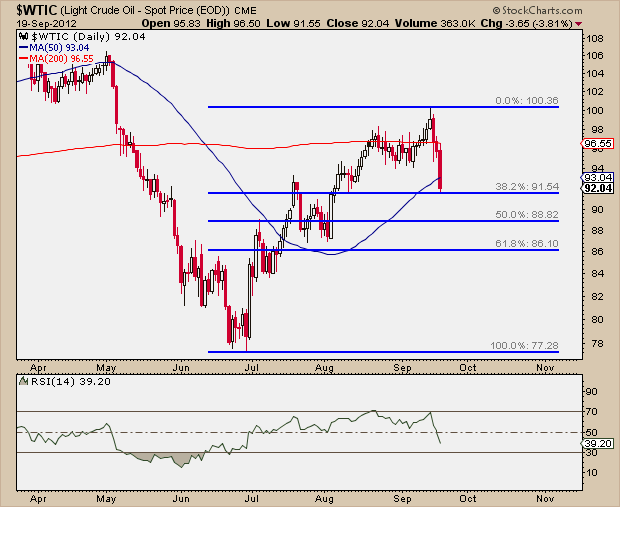 The problem I see is that flat 200 day moving average (red line) that we’ve had in this market for over a year. If you want a range-bound market, here you go. But it’s not for me. We’re looking elsewhere for time being.