I’ve been getting a lot of emails and phone calls about this head and shoulders pattern developing in the British Pound Sterling vs US Dollar ($GBPUSD). I say developing, because nothing has been confirmed. To the contrary, the new low put in last week couldn’t last for more than an hour.

The cool kids in the forex world call this cross the Cable because back in the 1800s this particular exchange rate was transmitted from London to New York via transatlantic cable. But the gossip these days is all about the head and shoulders pattern that’s been setting up since summer of 2010. As you can see in this weekly chart, higher highs were made in November of 2010 and April of 2011 with corrections finding support down in the 1.53’s. These two highs are the left shoulder and head for the potential pattern. The right shoulder was put in when $GBPUSD made a lower high 3 months ago. 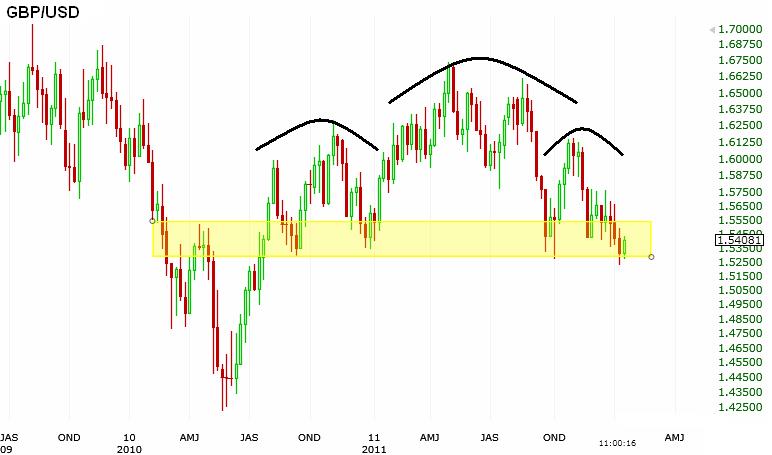 RSI is showing bullish divergences here in $GBPUSD as well as in the equivalent exchange traded fund $FXB. Look at the new lows made in price as higher lows are being established in the oscillator. 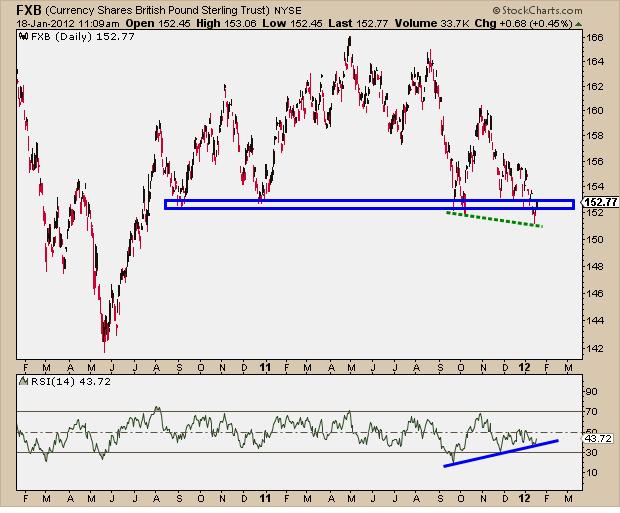 If Cable makes new lows, then you can use the measured move based on the math above. But if last week’s lows hang on, then you’ll probably see a nice little squeeze higher.