Today we’re looking at Homebuilders. These guys have been under-performing the market since May of last year. That’s a problem since they had been the leaders for the two years prior. But it’s the actual price action that really concerns me.

The first chart shows weekly candlesticks for the SPDR S&P Homebuilders ETF. You’ll notice that prices stalled at exactly the 261.8% Fibonacci extension of the last real correction in this sector from 2010-2011. But to makes things worse, prices on the second go around temporarily exceeded that key Fibonacci extension and May highs. This false breakout is a big problem, especially as momentum confirmed a bearish divergence last month. 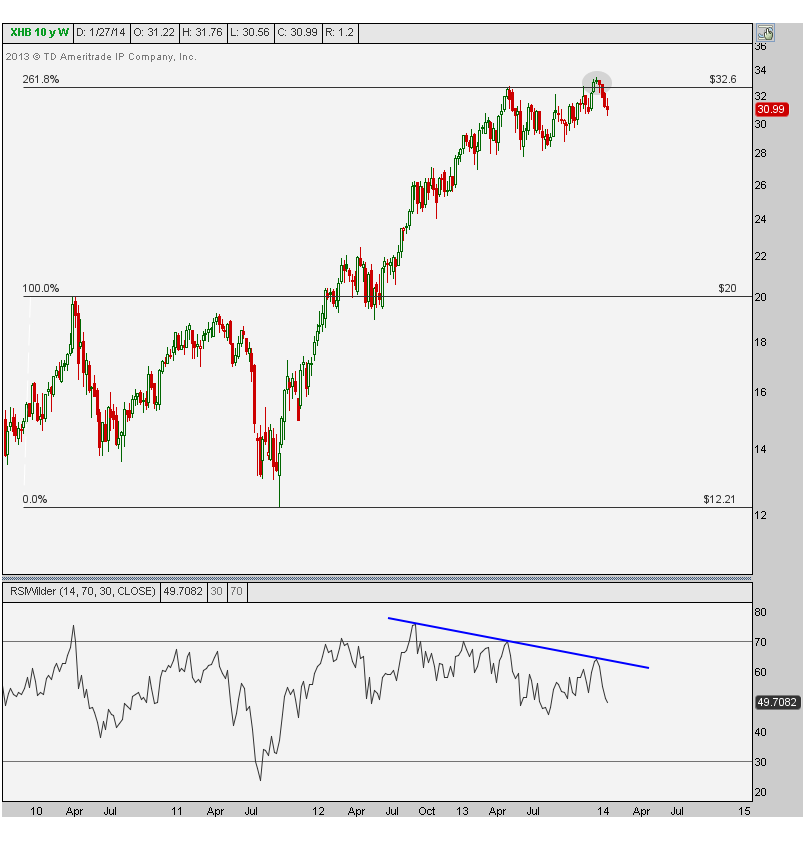 The next chart gives us a closer look at these developments over the last year. From false moves come fast ones in the opposite direction. It looks to me based on the weekly and daily charts that there is still a long way down in this space. I’m a seller of any strength. 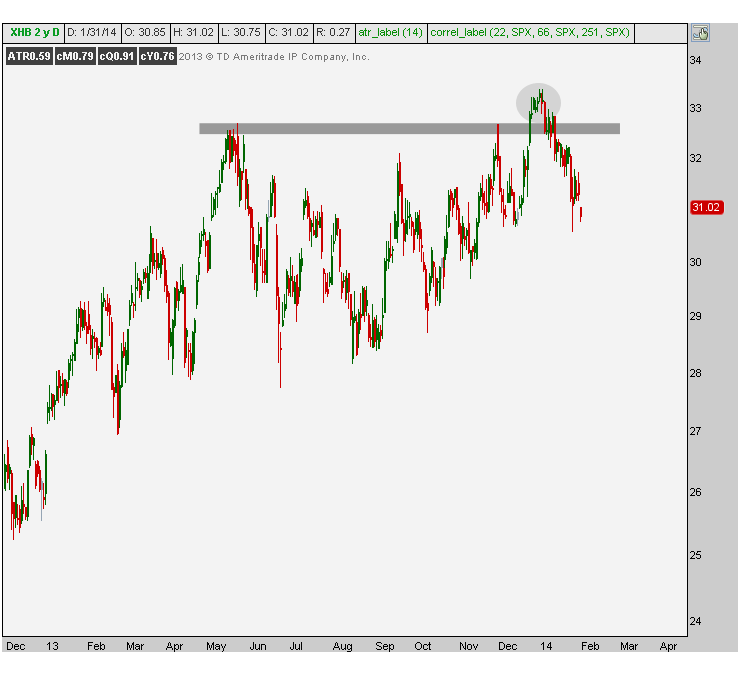 What would change my mind? Some time around here and a rally through 32.70. This isn’t something I’m counting on and would actually sell homebuilders aggressively if they got anywhere near there.

For now we have a short-term target down under 28, which would represent another 10% downside from here and 16-17% total from the highs a month ago. But structurally we can see a lot more downside over time, especially as this sector continues to underperform the overall market.

If you are interested in more technical analysis on other US Sectors both on an absolute and relative basis, shoot me an email directly: info at eaglebaycapital dot com