Mixed signals have been the rule rather than the exception since the market peaked in early February.

The major stock indexes have continued to print record highs while breadth has deteriorated beneath the surface, creating several bearish divergences.

The same is true for commodities.

We’ve noticed pockets of strength in base metals, livestock, and softs. But the majority of commodities have remained range-bound since the beginning of May.

Even the bond market is flashing its fair share of mixed signals.

One that stands out in particular is the relationship between the US 3s10s and the Regional Banks $KRE relative to the S&P 500 $SPY.

Here’s the chart of the 3s10s overlaid with the KRE/SPY ratio: 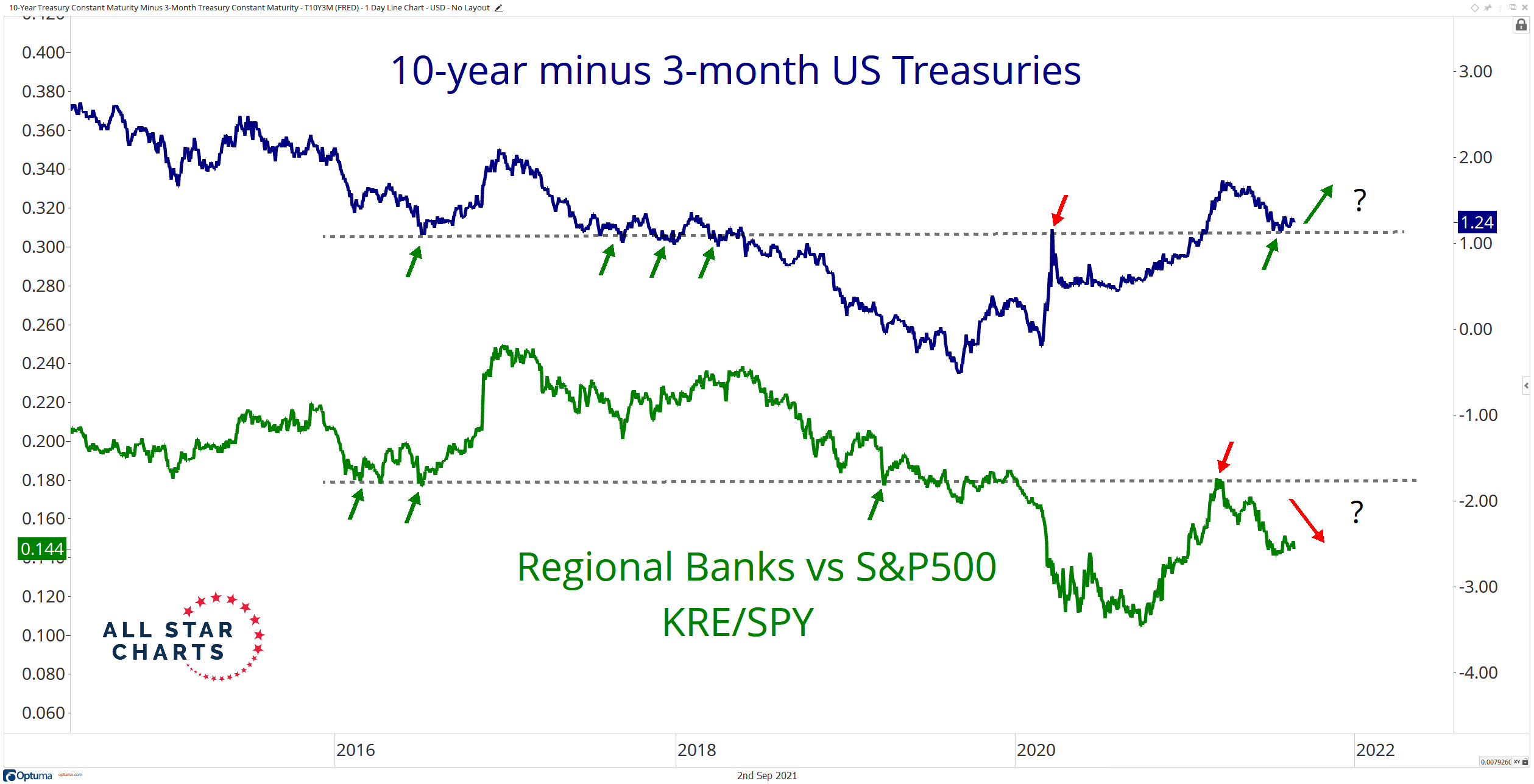 The US 3s10s spread is incredibly important to smaller banks as it directly impacts their revenue.

When the spread is expanding, the difference between the interest regional banks collect from their debtors versus the interest they pay out for cash deposits increases.

It’s no wonder these charts look so similar — except that the 3s10s have found support at their former 2016 lows while the KRE/SPY ratio remains well below its respective level.

That raises some important questions.

Will the KRE/SPY ratio catch up to the 3s10s as it bounces off support?

Or will the 3s10s lose support and catch down to the KRE/SPY ratio?

We’re watching the August low of ~1.14 in the 3s10s. It’s hard to be constructive regional banks and financials in general if it loses that critical level.

Not only will the direction of these resolutions greatly impact the US financial sector, but they also carry broad implications regarding economic growth and the reflation trade.

The bond market is full of crucial information. We’ll continue to keep you updated as the data changes.

As always, let us know what you think. We love hearing from you.

Thanks for reading, and be sure to download our Bond Report below!