Today we are looking at shares of $TLT that represent a liquid exchange traded fund that tracks U.S. Treasury Bonds, particularly the longer end of the curve. First we want a more structural perspective to see where we are bigger picture and then work our way down. Here is a weekly candlestick chart showing prices exploding higher throughout 2014 after Wall Street economists told us they would head lower. This year we have retraced exactly 61.8% of that move to find support near the 115 level. This is a standard retracement and a key support level that we want to watch. From a risk management perspective, I see no reason to be long if prices are below that support since June. 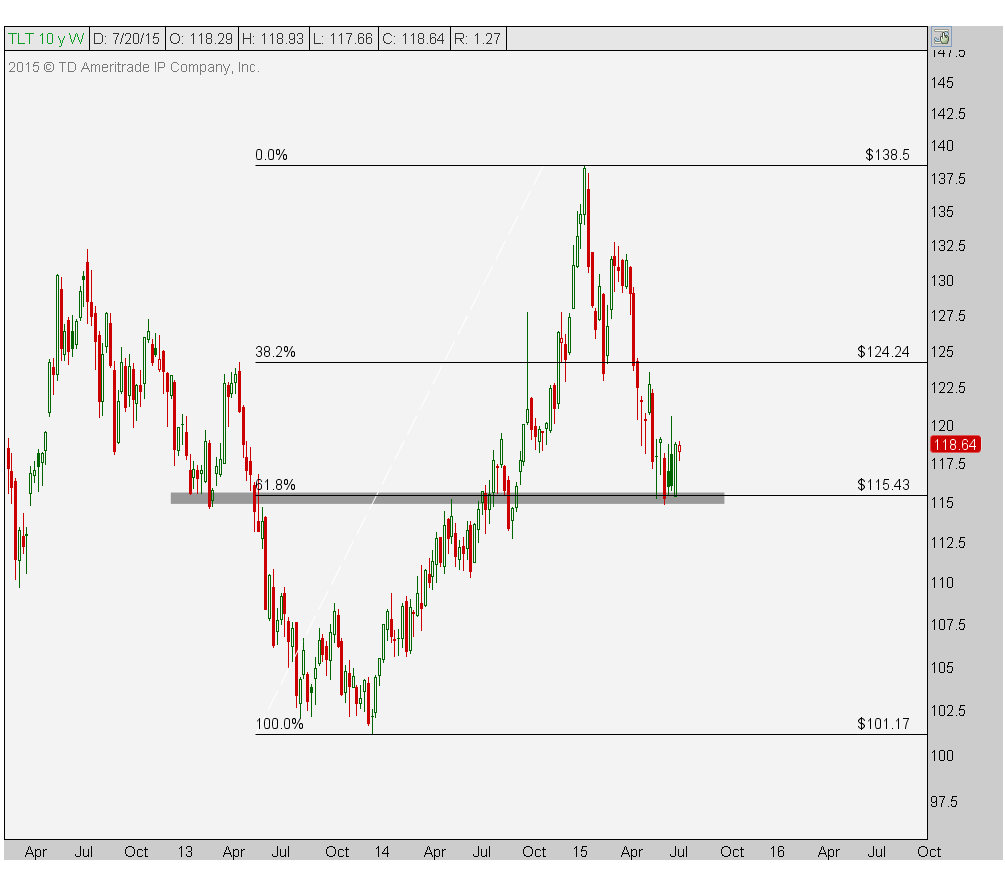 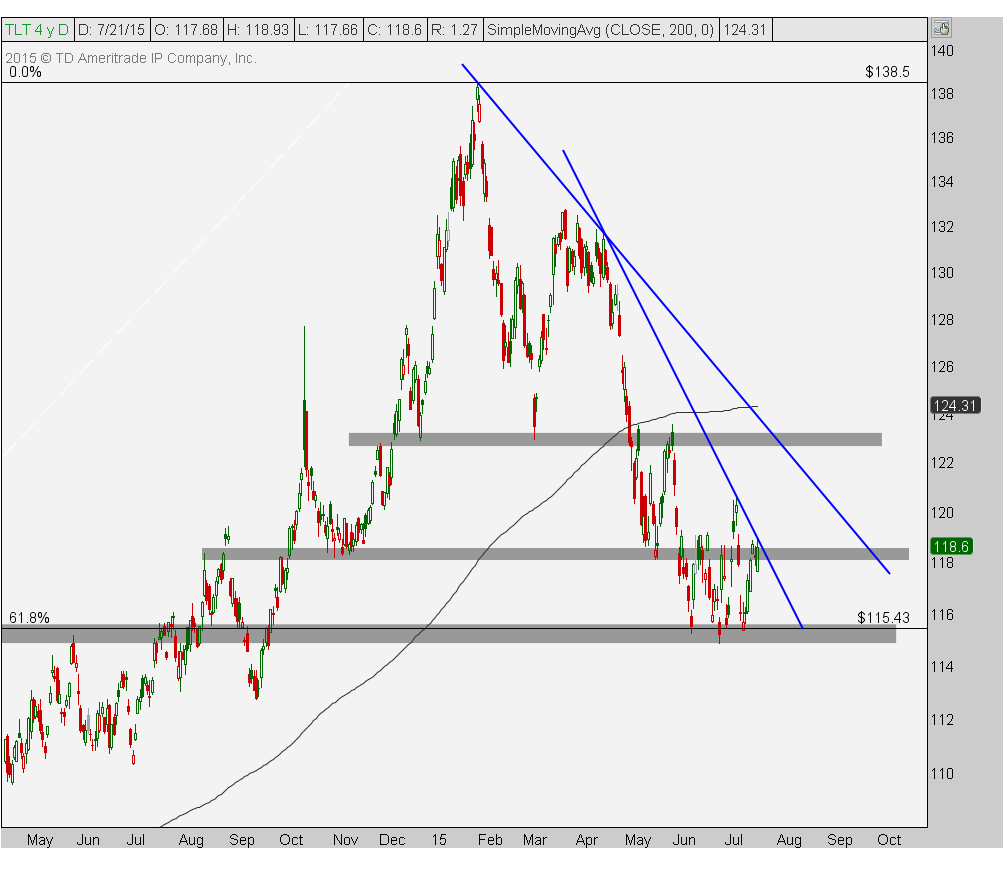 Here is a short video describing what we are seeing here with a bit more detail:

Click Here to receive weekly updates on each of these charts including interest rates, S&P500, Dow Industrials, Russell2000 and other U.S. major stock market indexes.