Earlier this week I had the opportunity to watch Paul Ciana, CMT give an excellent presentation at the New York Society of Security Analysts. Paul is the author of the book New Frontiers in Technical Analysis and currently serves as Bloomberg’s Technical Analyst for North America. I’ve had the chance to get to know Paul over years due to his involvement with the Market Technicians Association, and more specifically its New York City Chapter.

I wanted to share some fascinating points that Paul made after his extensive research on the charting preferences of Bloomberg users. The first chart displays the average chart-type preference of market participants from 2005-2010. For sample size, assume that for every 100 market participants, 44 were in the Americas, 38 in Europe, 12 are in Asia, and the other two are in the Middle East and South Africa (MESA) 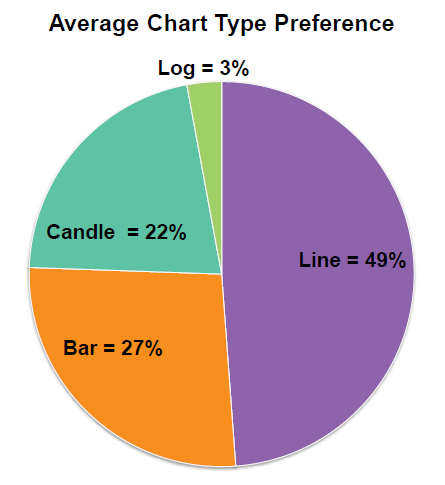 Now look at the average preference for historical and intraday charts by market participants from 2005-2010. Notice how the historical chart is chosen more than twice as often as the intraday chart: 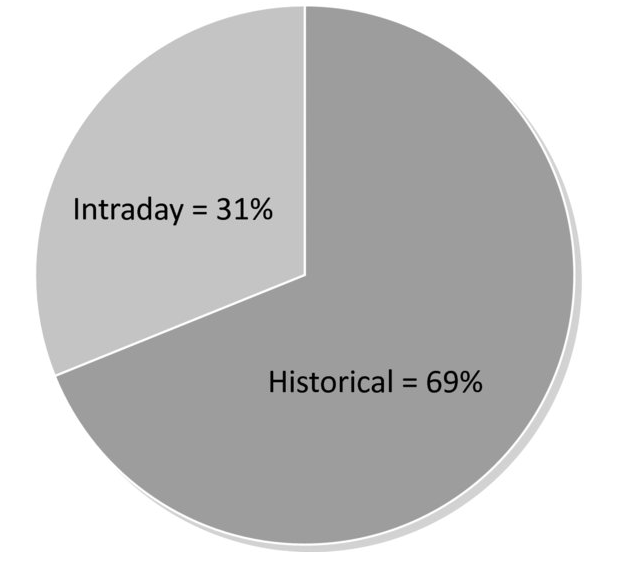 But now take a look at how the popularity of these charts has changed over the years. As time goes by, market participants care less and less about their historic charts, and are looking more at intraday time frames. I certainly can’t say that I’m surprised, but it’s definitely cool to see the stats. 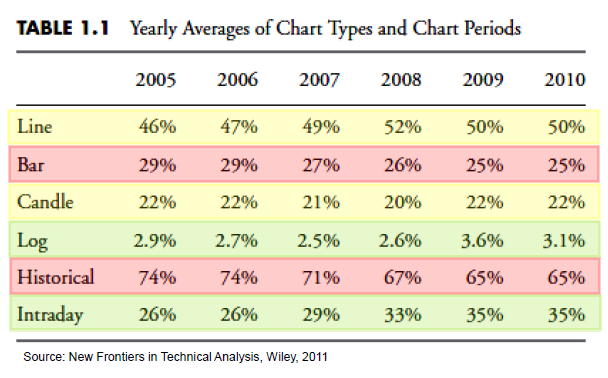 The most shocking of all of these numbers has to be the infrequency of the use of logarithmic charts. 3% really? That’s all? And what’s even more strange is that the log scale is more helpful in longer term charts. But somehow, the number of logarithmic users has actually increased while the number of historical charts viewed has decreased.

Moving over to the use of indicators, the usual suspects come up: RSI & MACD represent 2/3 of the preferred indicators. Not surprising there. But what is interesting is that Stochastics and Bollinger Bands are used by just a single digit percentage. I would have expected more. The Directional movement index (DMI), Ichimoku (GOC), and Bloomberg’s Volume at Time (VAT) round out the top 7 most heavily used indicators (outside of moving averages): 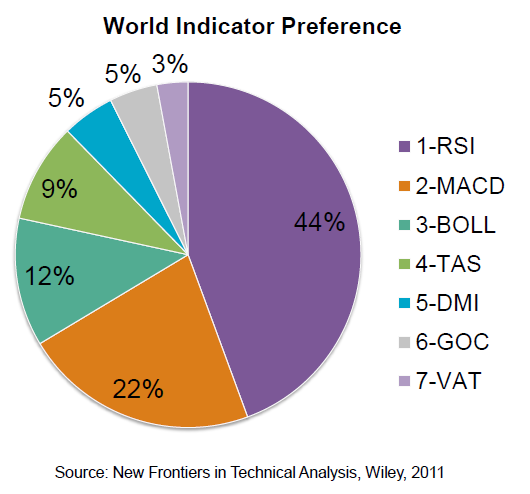 And finally, here is a graph showing these same indicators, but separated by region. Look at how much Asians love their Ichimoku Clouds:

I want to thank Paul Ciana for letting me show you guys some of these numbers. I thought it was so cool to see what Bloomberg users around the world using for charts. Make sure you pick up a copy of his book: New Frontiers in Technical Analysis for more of this type of data and further exploration into the world of Technical Analysis.