Oil and Stocks have been positively correlated this summer as the “Risk-On vs Risk-Off” trade continues. When money worldwide flows into more aggressive assets, for whatever the reason, Stocks and Oil benefit as Treasury Bonds and the US Dollar sell off. This chart shows $USO, the US Oil Fund, compared with $SPY, representing the S&P500. As goes oil, goes the stock market: 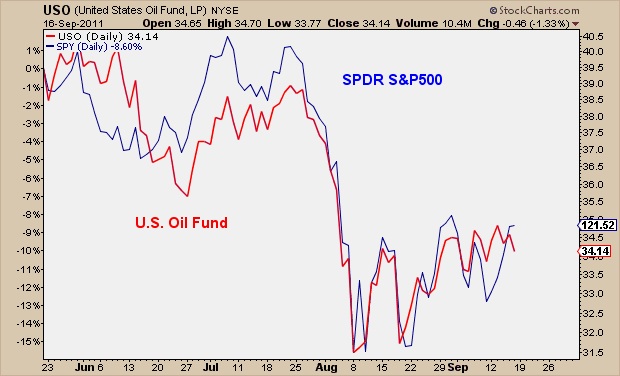 We can see this correlation clearly. So we’re going to take Stocks out of the equation here and focus just on $USO. The chart below takes us back to the 2009 bottom. We have been stuck in this range ever since the initial bounce that peaked that Fall. The 50% retracement of that move has held as support on a weekly closing basis. The 61.8% Fibonacci Retracement has been the absolute level of support where the reversal in early August first got going. To the upside, we can see the false breakout that occurred this spring when $USO tried to breakout above $42. From false moves, come fast moves in the opposite direction – and that is exactly what happened here. After the “breakout”, $USO has sold off hard. 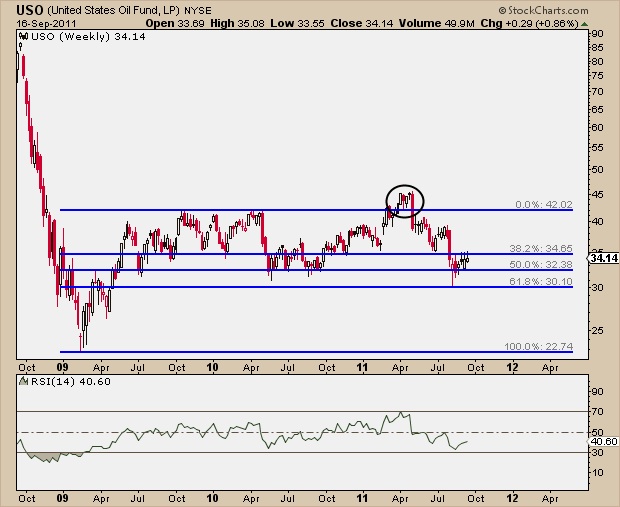 How much further does $USO have to go down? Has the bottom been put it? Looking a little bit closer here, $USO has formed what appears to be a classic rising wedge. If this indeed breaks down below the bottom trend line (confirming the wedge), then the down trend should continue. Look at the volume declining as the pattern has developed, classic. 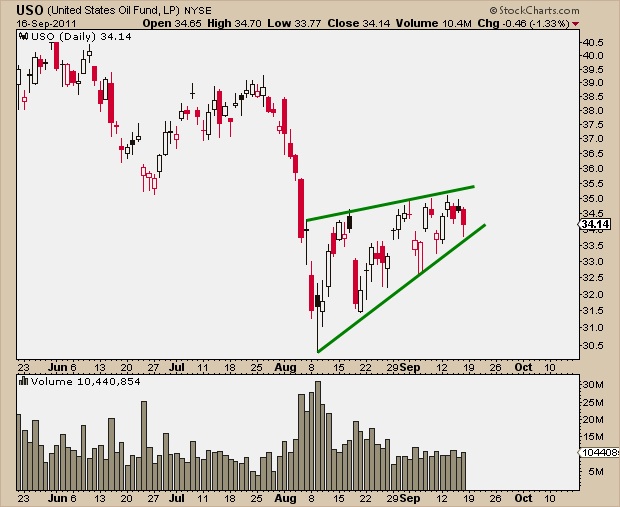 The June low near $35 was temporary support that has now been resistance throughout September. That level needs to be cleared in order to invalidate this potential rising wedge. The rally could take $USO up towards $39 and that would bode pretty well for the stock market. I’ll be watching $USO here for more clues about the market’s direction going forward.

It’s going to be a wild week. Fasten your seat belts.