This summer the pessimism surrounding the Euro was incredible. For us technicians who study the behavior of market participants, we love to see something hated as much as the Euro was. And sure enough, we had a monster rally come off those July lows (See here). But since mid-September, the correction has definitely been on.

How low do we go? Not sure, but I do think this would be a logical area for the $EURUSD to find some support. Take a look at the January lows, and then the resistance that it turned into in June. After the breakout, that support that then turned into resistance could once again become a nice support level. Combine that with a range between the 38.2% Fibonacci retracement and 50% retracement from July to September move, and we have a potential cushion here: 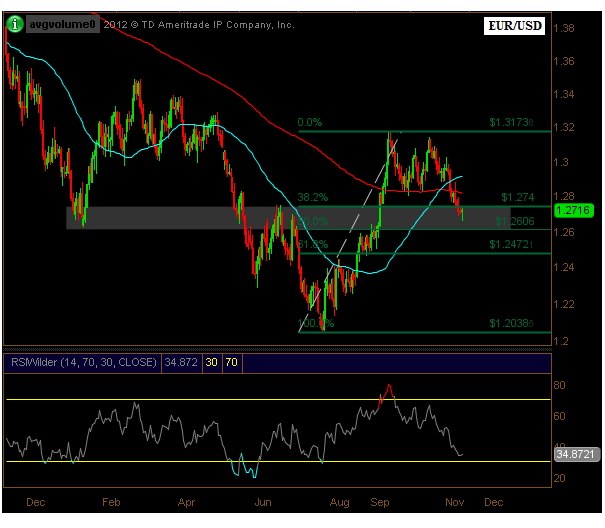 The Relative Strength Index reached extreme overbought levels in September, which signaled to us that there is strong evidence of buyers. If we are indeed in a bull market for the Euro, then RSI should be able to find support here. I think the Euro’s behavior over the next few weeks could tell us a lot about the bigger picture in this space.