The good folks over at S&P Capital IQ have created their Stocktwits Pro accounts and are sharing their thoughts with us every trading day. I’m obviously a huge fan of their Chief Technical Strategist, Mark Arbeter, who posts his technical analysis videos once every few weeks.

Today, Arbeter looks at the S&P500. He believes that the short-term bias will be to the upside in the coming weeks, followed by a fairly decent pullback, and then potentially a major low some time in the Fall. He thinks that this major low in price combined with the extremely bearish sentiment could set up the market for a move well above 1500 as we look out later this year and into early next year.

Check out the video in full: 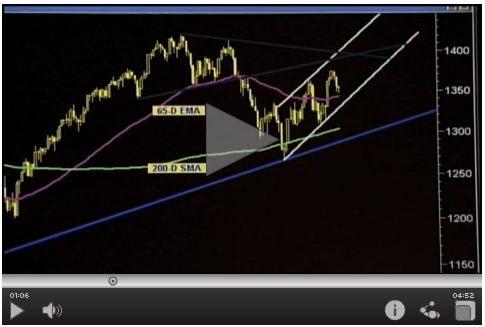 If you’re not following @MarkArbeterSPCIQ on StockTwits you’re missing out on one of the top technical analysts on the stream.