When you rip through 5000 charts a week you start to notice a few things. One thing that has caught my attention recently is the fact that there stocks just now breaking out of 20 year bases. These aren’t some irrelevant micro-cap companies either, these are stocks that are literally representing some of the most important industries in America. It’s hard to ignore these developments and I think it points to further strength in the U.S. Stock Market this year.

Stocks aren’t breaking down from major tops. We saw so much of that happening throughout 2007 that it became almost impossible not to be short equities in 2008. Today we are still seeing the exact opposite: breakouts from major bases, multi-decade bases in some cases. Today I’m going to point out 3 very important stocks that are just now coming out of historic consolidations.

The way I learned it, The bigger the base, the higher in space. The first stock is Oracle, which broke out last year above the former highs from 2000. To me, this is evidence that the overhead supply going back 18 years has now finally been absorbed by demand and we are set up for a major leg higher. If we are above 46.50 in $ORCL we want to be very aggressively long with a target above $70: 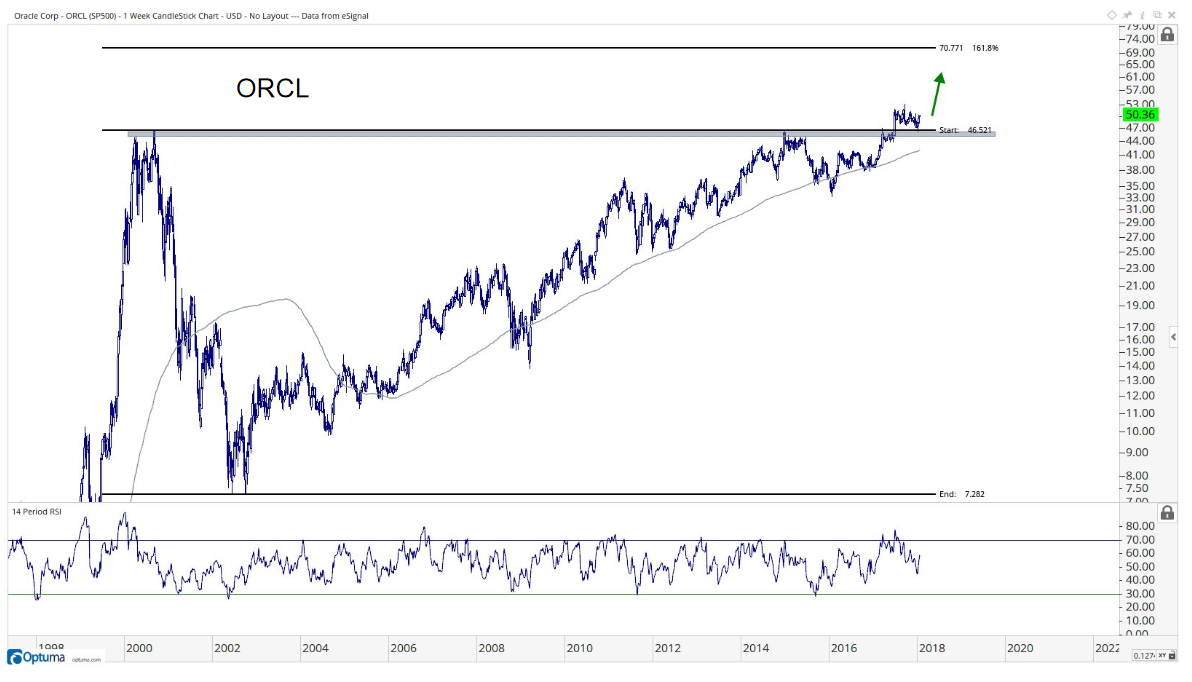 Moving on to a completely different sector, here we are looking at Steel Dynamics just now breaking out above the epic 2008 highs. After an entire year of consolidation, we are now above $40 and if that’s the case, we want to be very aggressively long $STLD with a target above 63: 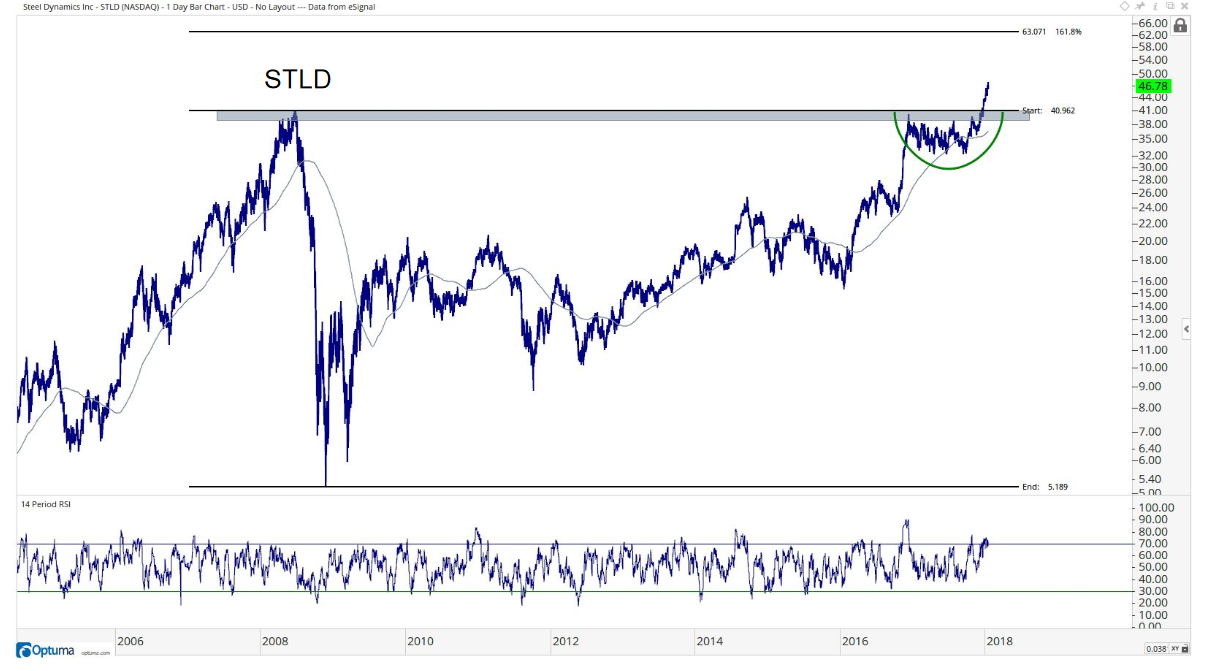 Finally, US Bancorp could not be more different than the first two, which are a $200B software company and a major Basic Materials stock. Both of these stocks are very representative of their specific industries. US Bancorp is no different pushing around close to a $100B Market Cap in its own right. If we’re above $47 we want to be very aggressively long $USB with a target above 71: 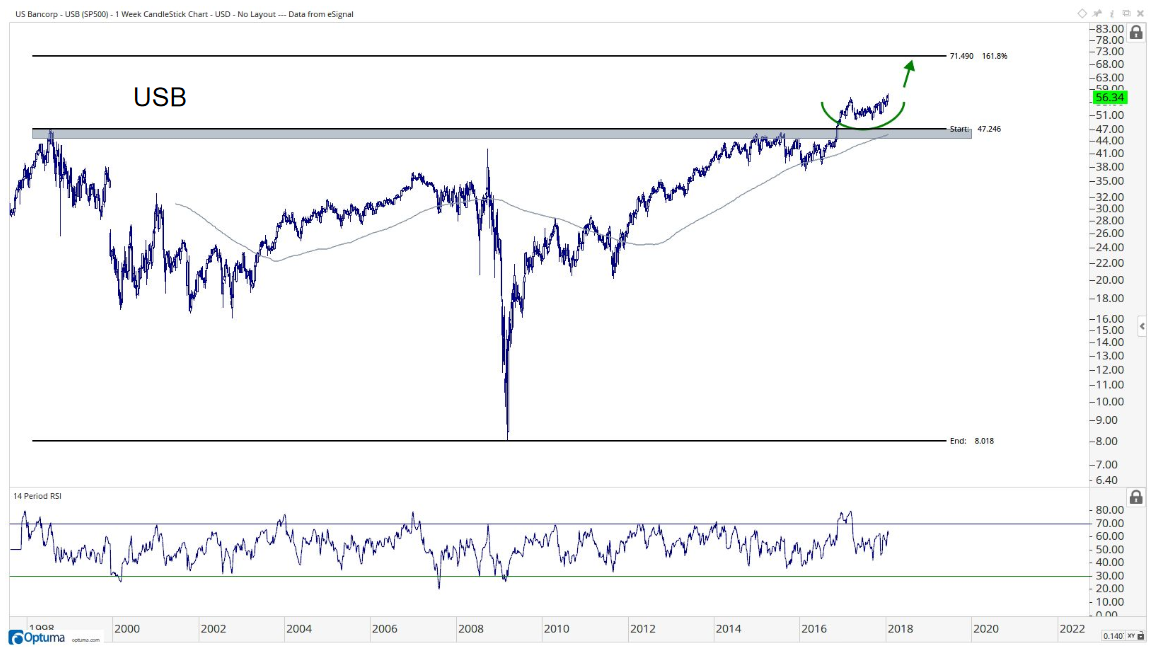 These are just 3 names that I think stand out from the rest. They are major components in their sectors that are coming out of historic bases. I would argue, therefore, that these 3 represent some of the most critical breakouts we are currently seeing in the U.S. Stock Market.

Again, we are not seeing breakdowns from major tops. We are seeing the exact opposite: breakouts coming out of major bottoms. This is characteristic of a bull market. These are things we see in uptrends. To suggest the market is “frothy”, or has gone “too far too fast”, is irresponsible, in my opinion. Not only is this bull market in stocks not over-extended, these 3 stocks, among many other factors, suggest that we are still most likely closer to the beginning of this bull market, than the end of it.