It doesn’t get uglier than the infamous black candlestick. This is especially the case at or around important resistance. And we’re seeing them showing up in the S&P500, Russell2000, MidCap400, and even in the MSCI Emerging Markets. To make matters worse, the Nasdaq100 tried to put in a big black candlestick, but failed to stay positive putting in a long red one instead. Nasty….

For some of you newcomers, we like to use Japanese Candlestick charts because each individual candle tells a story. In the case of this evil black one, it indicates exhaustion, followed by some selling pressure. You see, after a nice advance (as has been the case in equities), a black candle like this can foreshadow a reversal or key turning point. Here’s what these guys look like: 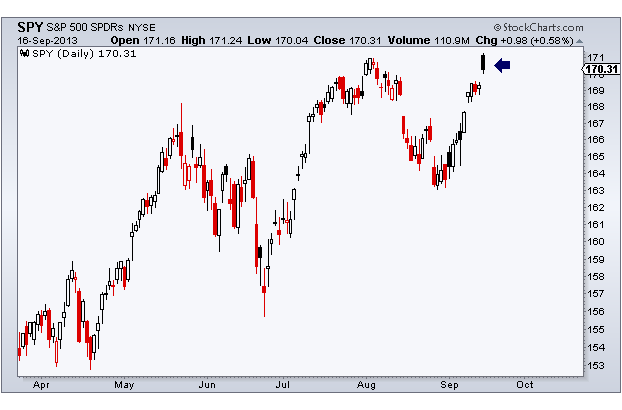 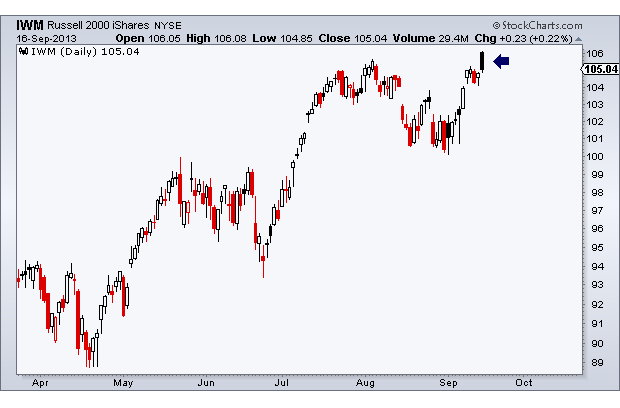 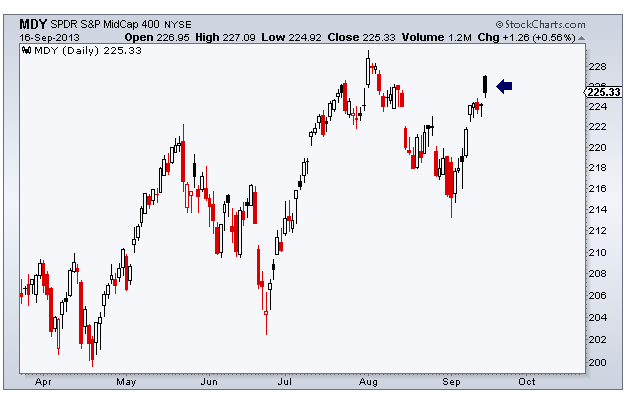 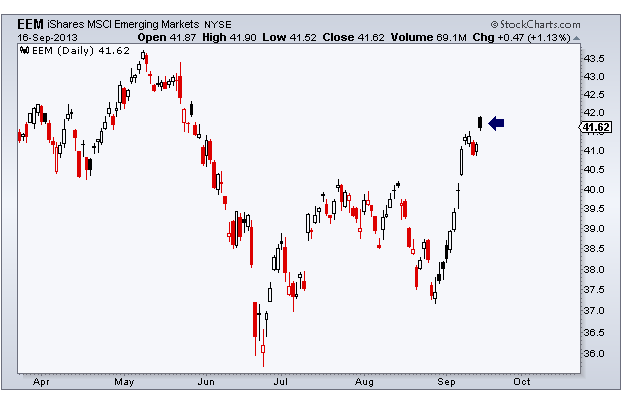 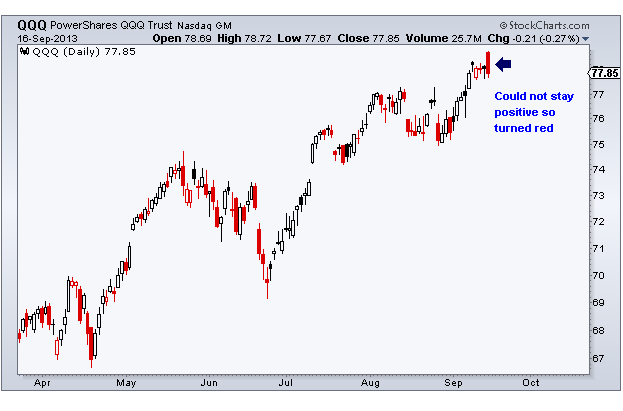 The Japanese tell us that the longer the black candlestick, the worse the implications are for the security in question. So let’s think about the psychology for a minute. Forget today’s news, let’s just focus on price. The market gaps higher at the open, gets everyone excited, but then fizzles as the day goes on to close at or near the lows. After a nice advance, the market is just tired. The bulls saw their chance to sell and jumped all over it. Those who didn’t are caught holding the bag. And that’s why a candlestick like this appears at or near turning points. Think of it like an omen of sorts.

Last time I wrote a blog post about something like this was last summer. We started to see the black candlesticks showing up in both US Dollars and US Treasuries. At the time, it seemed like the entire world was bearish equities and using these “safe” assets as a hiding place. Well, as it turned out, the black candles did indeed provide us with a heads up that something was changing. Those black candles marked highs in both the US Dollar Index and US Treasury Bonds that we haven’t seen ever since.

Ignore the black candles if you want. But when they show up, I pay attention….

In my opinion, a gap lower Tuesday in these averages leaving this one black candle standing alone is probably the worst case scenario. This would create an island reversal of sorts, another bearish pattern, which would confirm Monday’s action and would probably lead to a fast and violent sell-off. How do we invalidate the black candle? I think if we have an inside day Tuesday and kind of chill out for a few days before eventually taking out Monday’s highs, that would be really constructive.