After a very positive week, it was a “risk-off” day from the start on Monday. For some insight on the future direction for equities we want to be watching 3-month LIBOR right here. The London Interbank Offered Rate (LIBOR) determines what banks charge each other for loans. Notice the spike in LIBOR during this frustratingly choppy correction throughout the second half of this year. 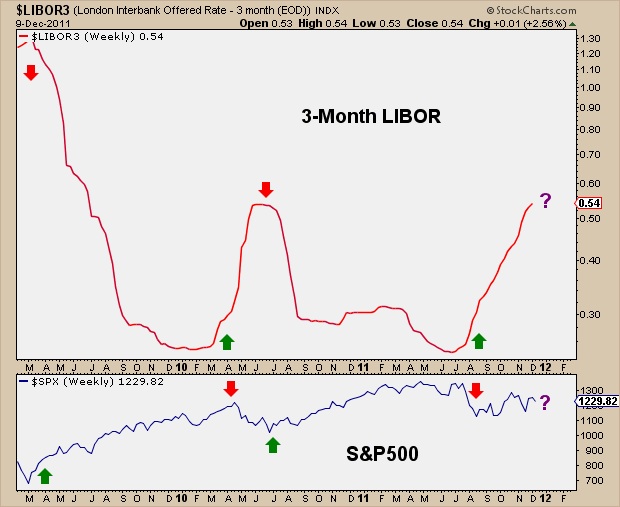 We are approaching last year’s highs in LIBOR that simultaneously marked the end of the 2010 stock market correction. Going forward, does the current spike in LIBOR continue? Or do we peak around here again igniting a new uptrend in stocks?

I have consistently been in the camp that this market correction is just that – a correction from the rally that started in early October. LIBOR not correcting questions that. If you’re a bull then you want to see the Interbank Rate roll over. If you’ve been stubbornly bearish during this 2+ month rally, then you want to see this rate continue higher to confirm your thesis.

More on this later this week.