Federal Reserve policy is in a period of transition and this week’s FOMC meeting will provide some clarity as to the speed with which Powell is choosing to pivot. From beginning to taper the rate at which it has continued to expand its balance sheet, to accelerating the pace of that tapering process to actually raising interest rates (likely some time in 2022), pressure is building for the Fed to fight inflation with deeds, not just words. The yield on the 10-year T-Note continuing to move sideways suggests that either inflation, if not as transitory as some had hoped, is not yet as deeply embedded as some fear or in fighting inflation the Fed will derail a recovery that remains fragile. 2-year yields are pricing in action by the Fed sooner rather than later and the spread between 2’s and 10’s has dropped to its lowest level of the year. This sort of flattening is not out of the ordinary as the Fed talks about embarking on a new tightening cycle. If 2-year yields surpass 10-year yields (and produce an inverted yield curve), it would be a signal from the bond market that it thinks the Fed is making a mistake. 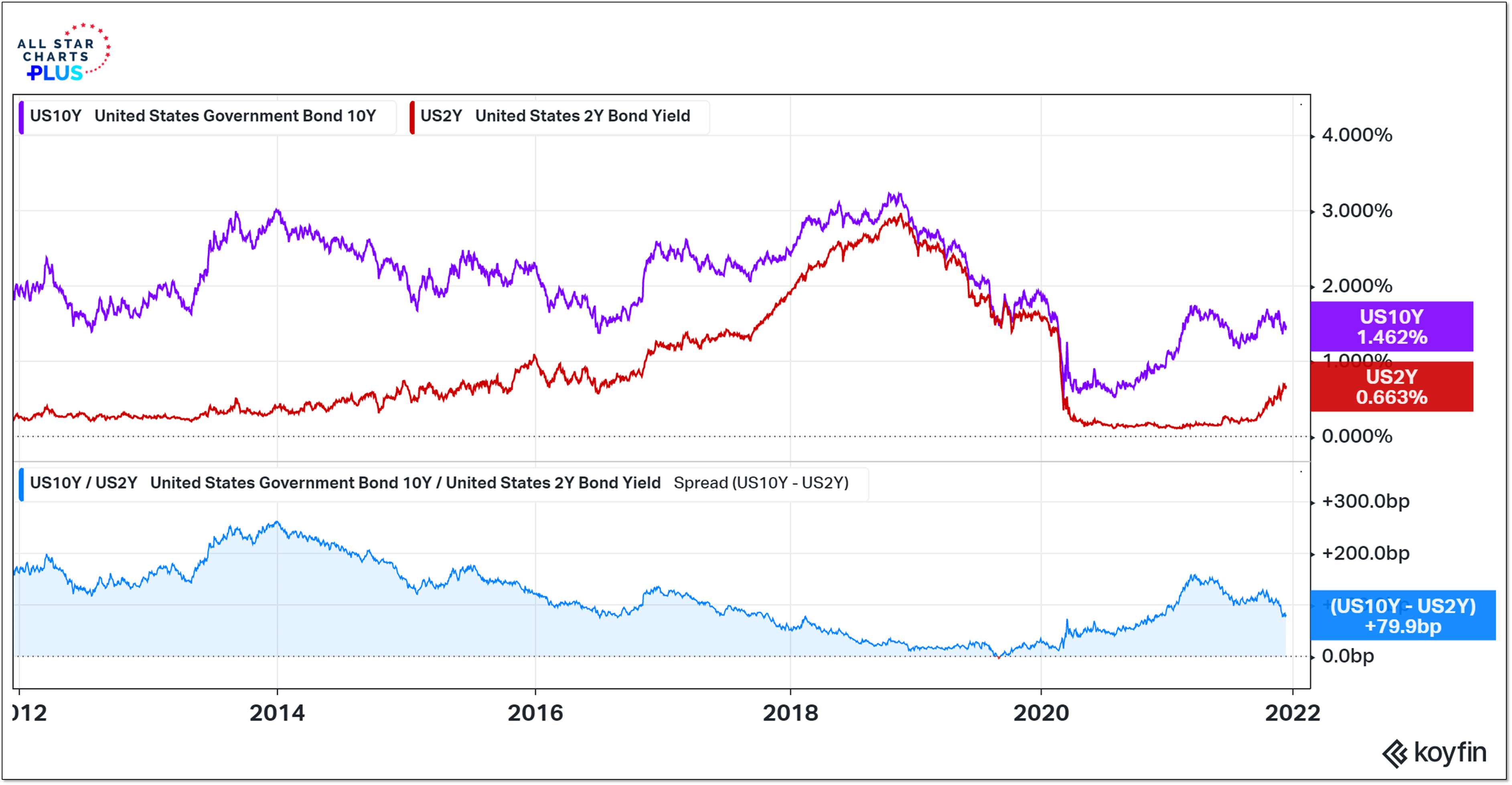