Higher rates and tighter central banks are a global phenomenon this year. In fact, the Fed is one of a dozen central banks meeting this week and a majority are expected to raise rates, again. Both the breadth and intensity of rate hikes are pretty much unprecedented. That doesn’t even get into quantitative tightening in the US. The Fed’s balance sheet is 10-times as large as it was two decades ago and has only begun to shrink (the 26-week change just turned negative last month).

Expectations for the Fed are drifting higher. Futures have now priced in 100 basis points of tightening this year than the Fed thought would be necessary when it released its last dot plot (in June). Tomorrow’s updated economic projections and expected path of rates will receive at least as much scrutiny as an actual rate hike that gets announced.

Stocks are struggling for traction, which is what typically happens when the Fed is aggressive and the housing market is already experiencing a hard landing. The remainder of the economy is likely not far behind. 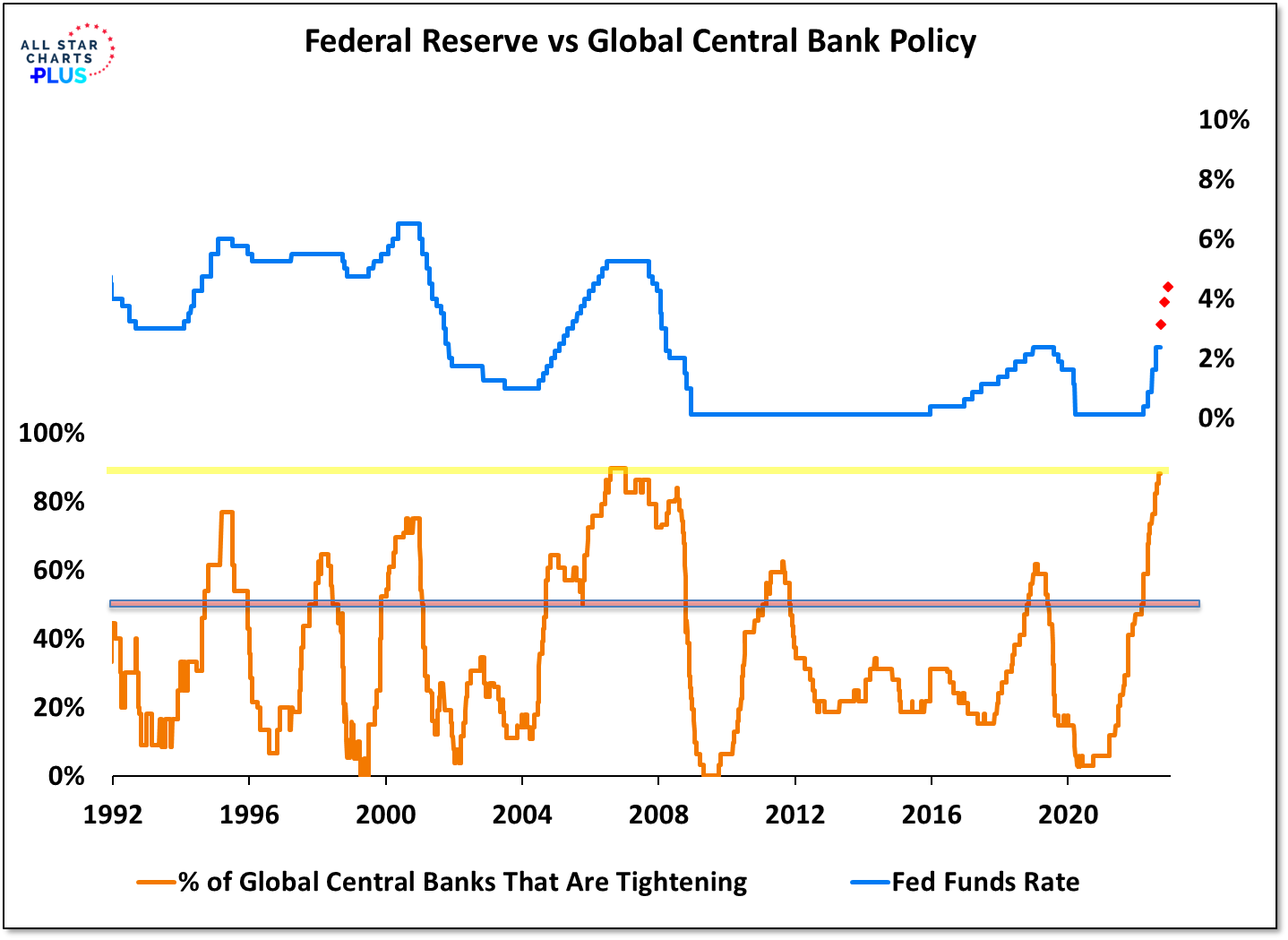