As you guys know, I look at a lot of charts. But coming into 2014, it was Palladium, of all things, that I liked the most. I called this one “My Favorite Chart in the World.” Now as we approach the midway point for the year, everything that we’ve seen continues to suggest that higher prices are still coming for the metal.

So far year-to-date Palladium prices are up 17% while the other metals struggle. I want to reiterate a few points as we continue to see Palladium soar to multi-year highs. The first thing is the relative strength that it’s shown versus the other metals. Here is a 2-year chart comparing Palladium to Gold and Silver. Big difference to say the least: 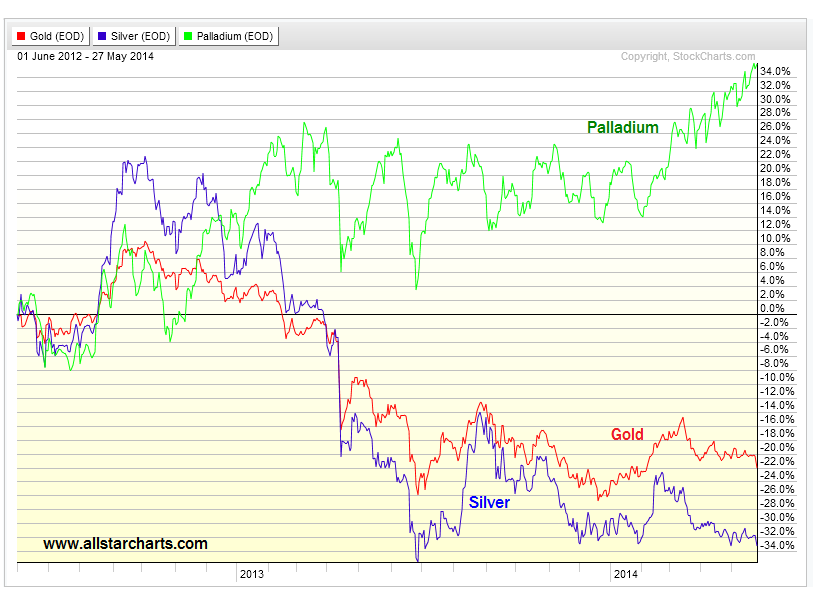 The second thing that I think is worth pointing out is this year’s breakout from that huge base. As they say, the bigger the base the higher in space. Here we’re looking at a weekly bar chart showing the impressive breakout from this multi-year consolidation: 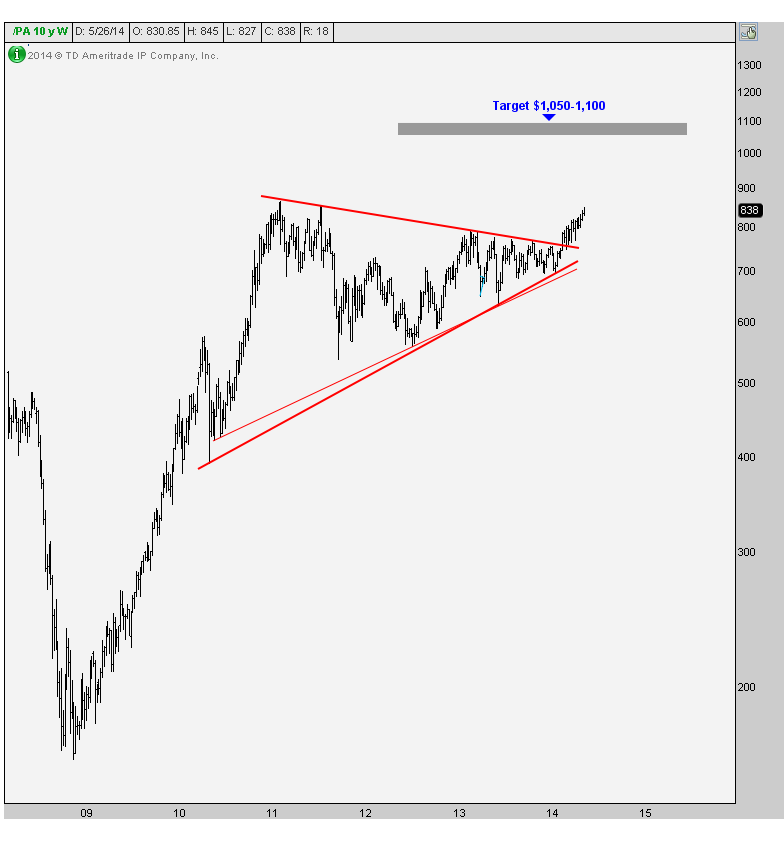 My outlook has not changed for this market since we first brought it up in January. In fact, everything we’ve seen confirms our original bullish thesis. I’m going to remain in the ‘buy any and all weakness’ in this space. I think it continues to outperform the other metals as well as Commodities as an asset class. Most importantly, it’s left US Stocks in the dust and I think we see more of that.

You still don’t hear much about the Palladium market. But I get the feeling that once we take out the 2011 highs, you’ll start to hear a lot more chatter…..

REGISTER HERE for more information on how to access all of the precious metals charts on a weekly basis.