I’ve spent the last couple of weeks really digging into my chart book. Many of you guys already know, but I look at more charts on more time frames than you can ever imagine. The way I see it, if you put in the work, there is always a good risk/reward out there, whether on the long side or short side, stock, currency, or commodity. It doesn’t matter to me whether we’re buying Microsoft or Coffee futures. To me it’s just supply and demand, so what’s the difference?

There is one chart that really really stands out to me. And that is the weekly chart of Palladium. I’ve briefly mentioned it before, but I think it’s worth bringing up again as we enter the new year. First let’s get some perspective. This is a long-term arithmetic scale bar chart of Palladium prices going back to 1969. It’s brought to us by thechartstore.com and shows the all-time highs in 2001 up towards 1100. That’s currently 50% above today’s prices. I like that, it gives us plenty of room. But also notice this pattern of converging trendlines that’s developed over the last couple of years since that 2011 decline: 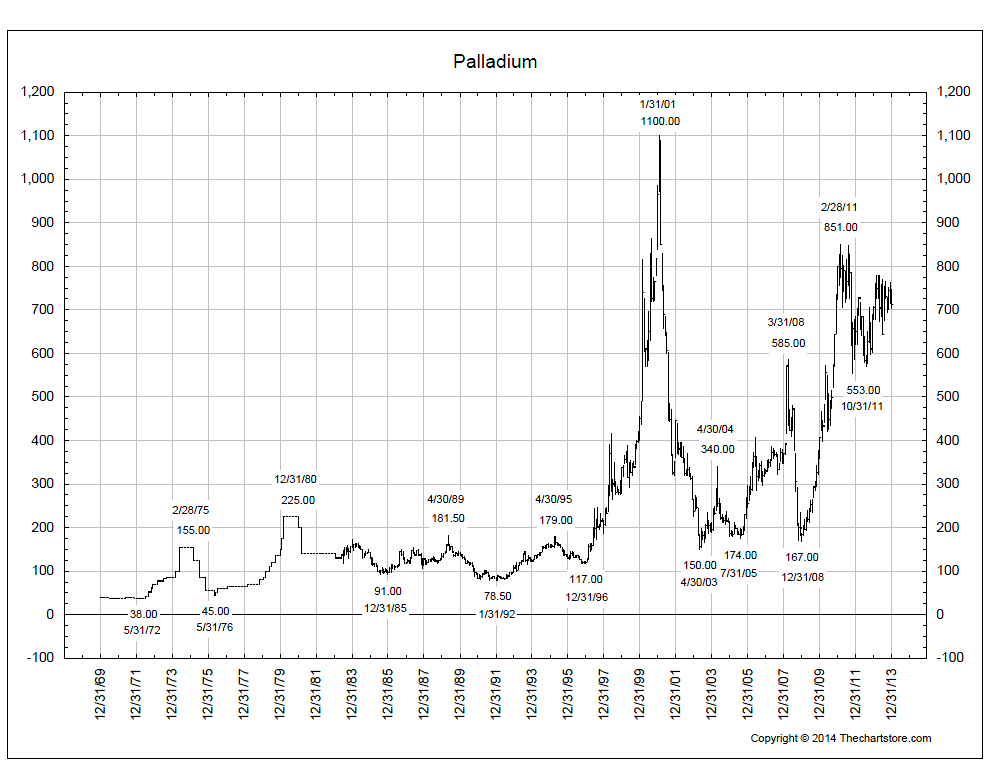 Here is a better look at what I’m talking about. This is a weekly bar chart giving us a closer look at these converging trendlines. You see, more often than not, these sort of consolidations tend to resolve themselves in the direction of the underlying trend. In this case, the trend is up since 2008 and this action is correcting the initial 400+% rally that got it here. The measured move based on this pattern takes us above 1200, so to think we can retest the all-time highs is not out of the question at all. 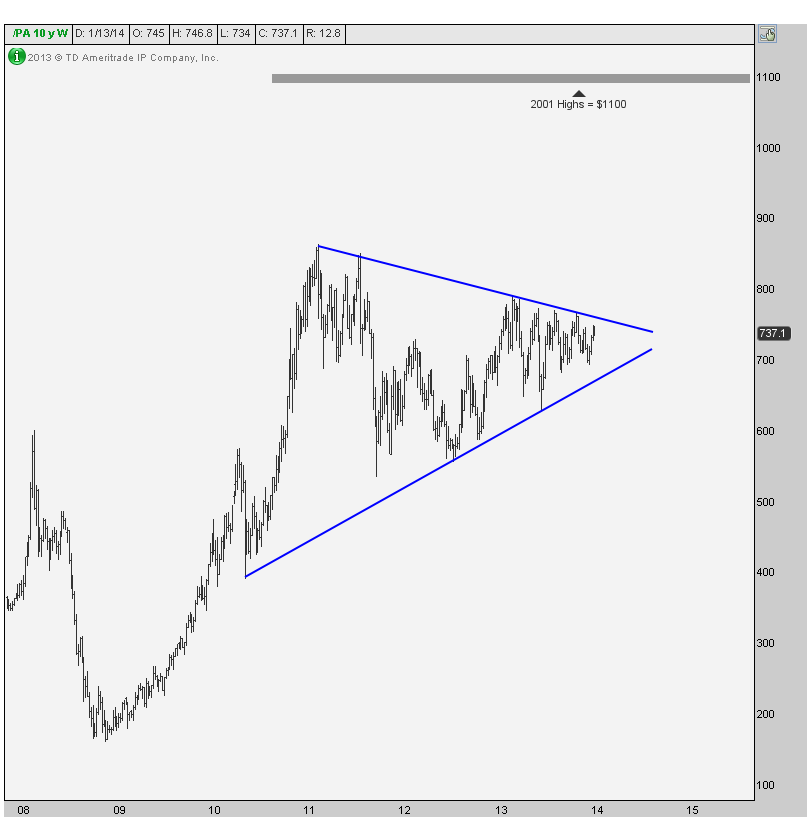 One last thing that I’d like to mention is how many times this downtrend line has been tested. Depending on your count, we could be talking about 5-6 tests of resistance. In my experience, the more times that a level is tested, the higher the likelihood that it breaks. I think it happens soon and our confirmation would be when prices take out last year’s highs. Depending on your time frame and risk parameters you can wait or anticipate it. In my opinion, as nice as this might be, I don’t think there’s any reason to rush it. This is such a humongous base, that the upside potential on a breakout is massive and we’ll have plenty of time to participate.

And that’s not to say there aren’t other beautiful charts out there. I think the weekly $USDCAD chart, for example, is gorgeous and breaking out of this multi-year base. But I bring up palladium as a setup. Like I said, it’s not ready to trade yet. But coming into the new year, I think this one could be a monster. We’ll see…