This has been one of my favorites for a long time. We’ve had this $6.40 target for a while now and backed off once that was reached. Since this epic sell-off back to support, prices have consolidated nicely above last year’s key resistance levels.

Here is a daily chart where we can see prices selling off during February to get back down to the highs from last April and December. Our polarity principles suggest that this former resistance should turn into support, which is exactly what we’re seeing here: 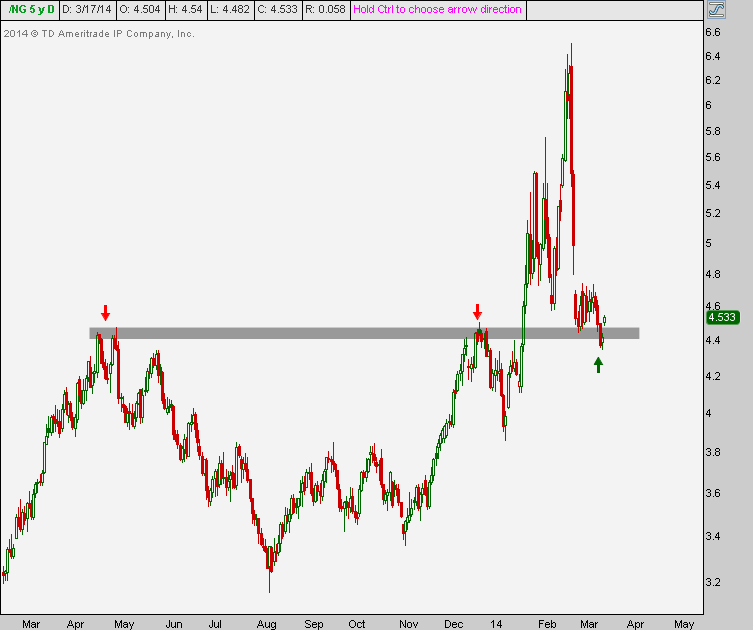 What I like most is the overshoot of this support after the inventory report last Thursday. We saw a 2-week consolidation from the end of February through mid-March. Prices initially reacted negatively to the news event Thursday morning but then quickly recovered on Friday and followed through nicely Monday morning.

Here’s the intraday picture so you can see exactly what’s going on. These are 2-hour timeframes going back a couple of months: 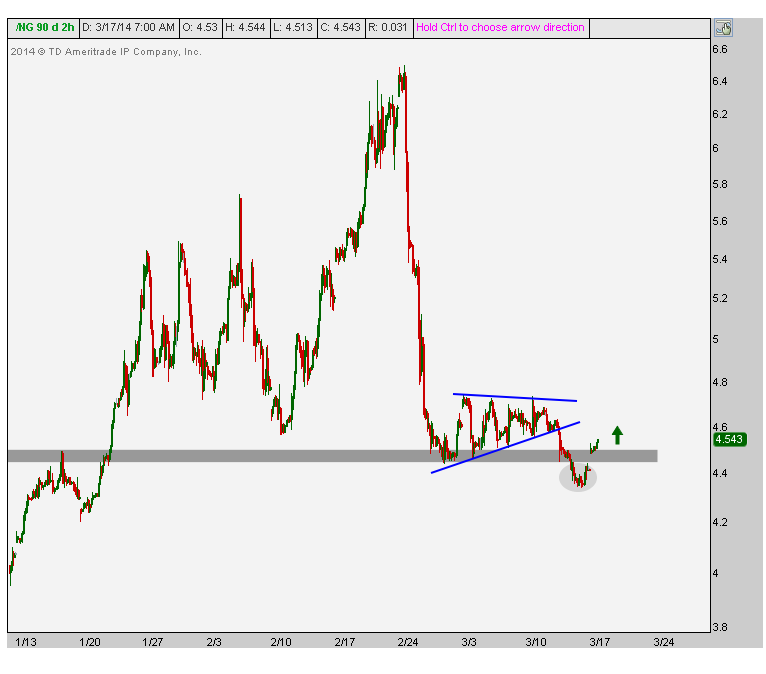 This overshoot of support and failed rollover should be the catalyst to send natural gas prices soaring and should do so right away. I think this is a buy right here with a stop below last week’s lows. This skews the risk/reward very much in favor of the bulls.