So far 2014 has been the year for commodities and it’s not getting much attention. I wrote a post last month about how commodities were setting up for a big breakout. I obnoxiously titled it Remember Commodities? to make my point that no one seemed to care about them anymore. That’s what happens when an asset goes down for 3 years while US stocks rally to all-time highs. I’m specifically referring to the equal-weighted commodities index where they each represent the same percentage of the basket.

Here is the $CCI chart showing support down near 500 and a nice clean breakout through a 3-year downtrend line: 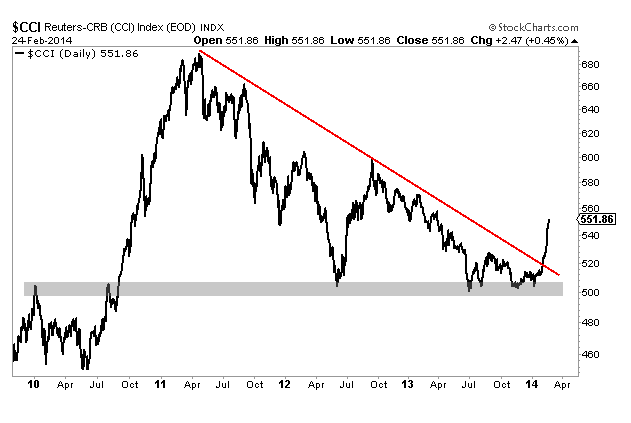 You see this resistance from 2010 turning into support over the last couple of years? Not only do we have polarity support, but the 500 level marks key psychological demand as well. That support held beautifully and we’re now off to the races. Still, not that many people seem to care and I see very few folks out there that are even paying attention.

I think a big reason why this isn’t getting much love is the fact that the popular commodities aren’t the ones making the major moves. Sure, Crude Oil has had a nice little run recently and the precious metals as well. But when put into context, the moves are minimal compared to the disaster they have been in recent years. These guys have been beat up for so long that they’ve lost their sex appeal. The $CCI represents the equal-weighted commodities index, so the recent moves in Coffee, Natural Gas and Cocoa have had a real impact the price of the index.

Here is the breakdown of the $CCI: 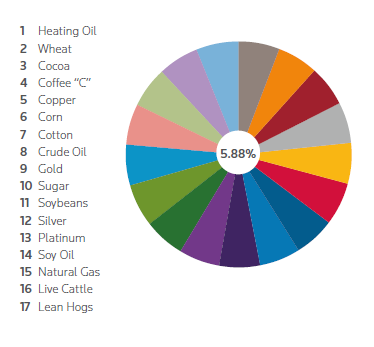 There appears to be a lot more upside here. This is a major breakout in a space that’s been left for dead. The $CCI was trading at levels not seen since 2010 just one month ago.

This is what commodities look like compared with US Treasuries and S&Ps year-to-date: 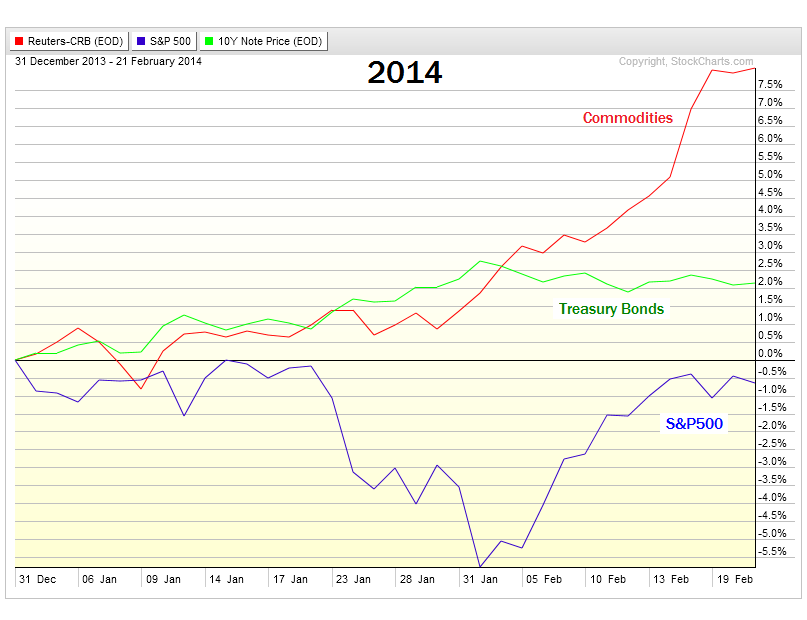 So far this year the S&P500 is flat, Treasuries are up a little, but commodities have been the big winner. Can this trend continue?