Japan continues to rally as it breaks out to new 29-year highs.

And just think, the Japanese Nikkei225 can rip another 40% from here and still not get back to its highs from the late 1980s. That’s how long it takes a bubble of that magnitude to correct itself.

So here’s what that Nikkei chart looks like today: 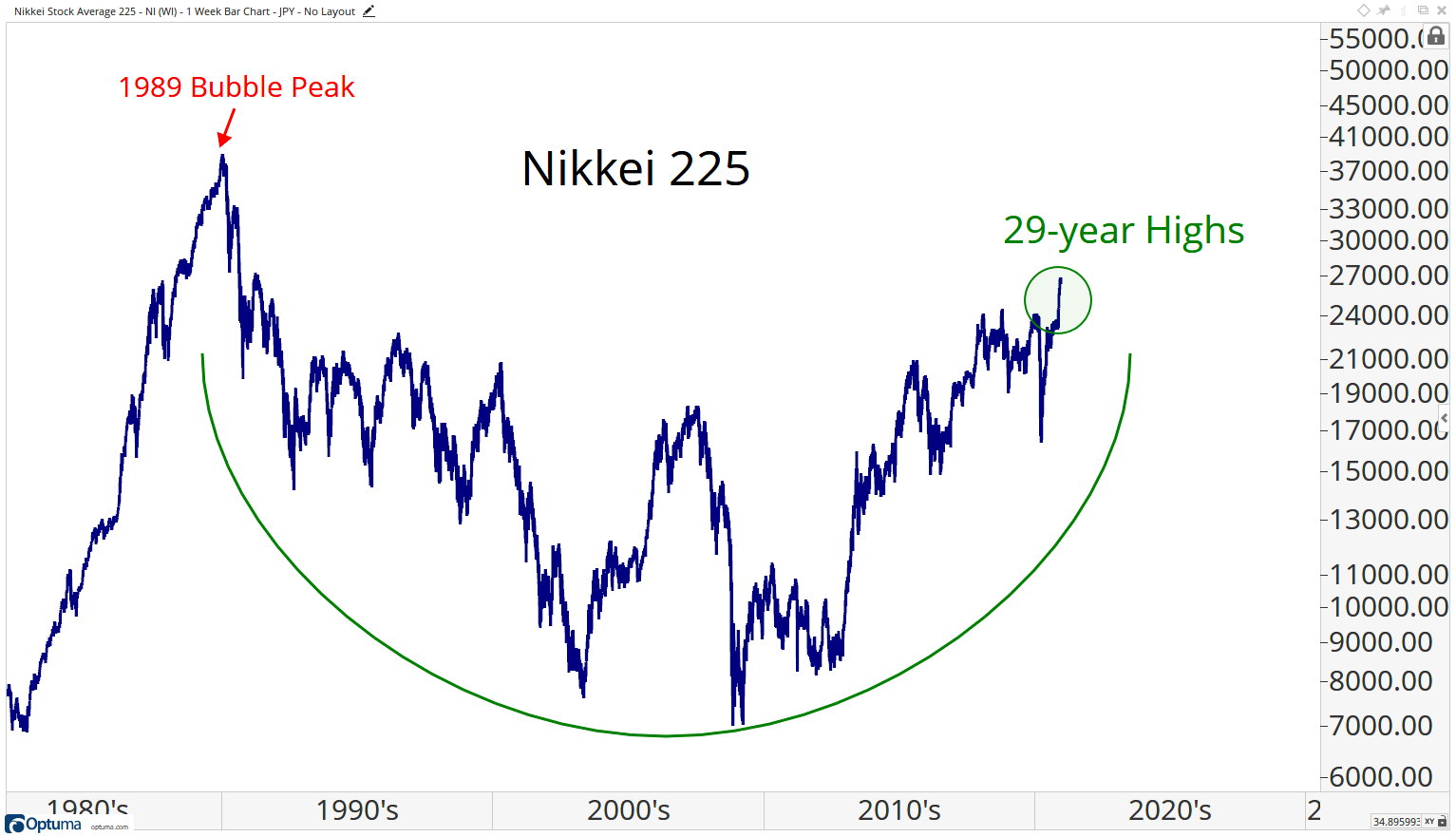 Some people will point to the Japanese Yen and how that impacts this index. So here’s a look at the Japan ETFs priced in both USD and in Yen. 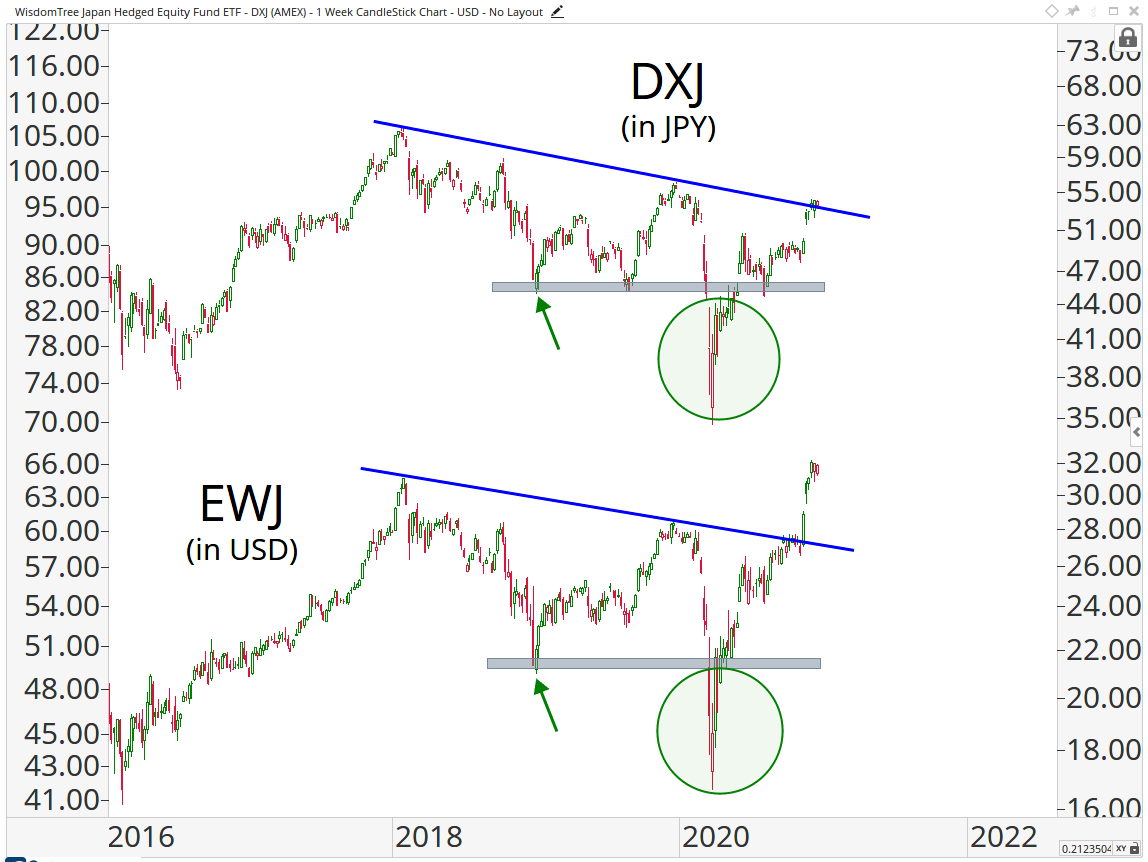 When you think Japan, it’s hard not to check out what Toyota Motor Corp is doing. And in fact, it’s actually breaking out of a decade+ long base to new all-time highs:

I also like Sony and think it gets back to those highs from 20 years ago. If $SNE is above 91, I like it long with a target above 142. If we’re below 91, then I think there’s too much risk to be involved from the long side.

This is just another example of yet another country around the world participating to the upside.

If you’re curious about what it will take for us to get more defensive and/or bearish of equities, here’s a quick rundown.