One of the major themes lately is the strong rotation out of growth and into value. It’s been going on for almost a month now.

Cyclical stocks such as financials and energy have taken the lead and broken to new highs, while tech and “growthy” areas have come under increasing pressure and are struggling to maintain key support levels.

The weight of the evidence suggests that this trend will persist in favor of value-oriented areas for the foreseeable future. 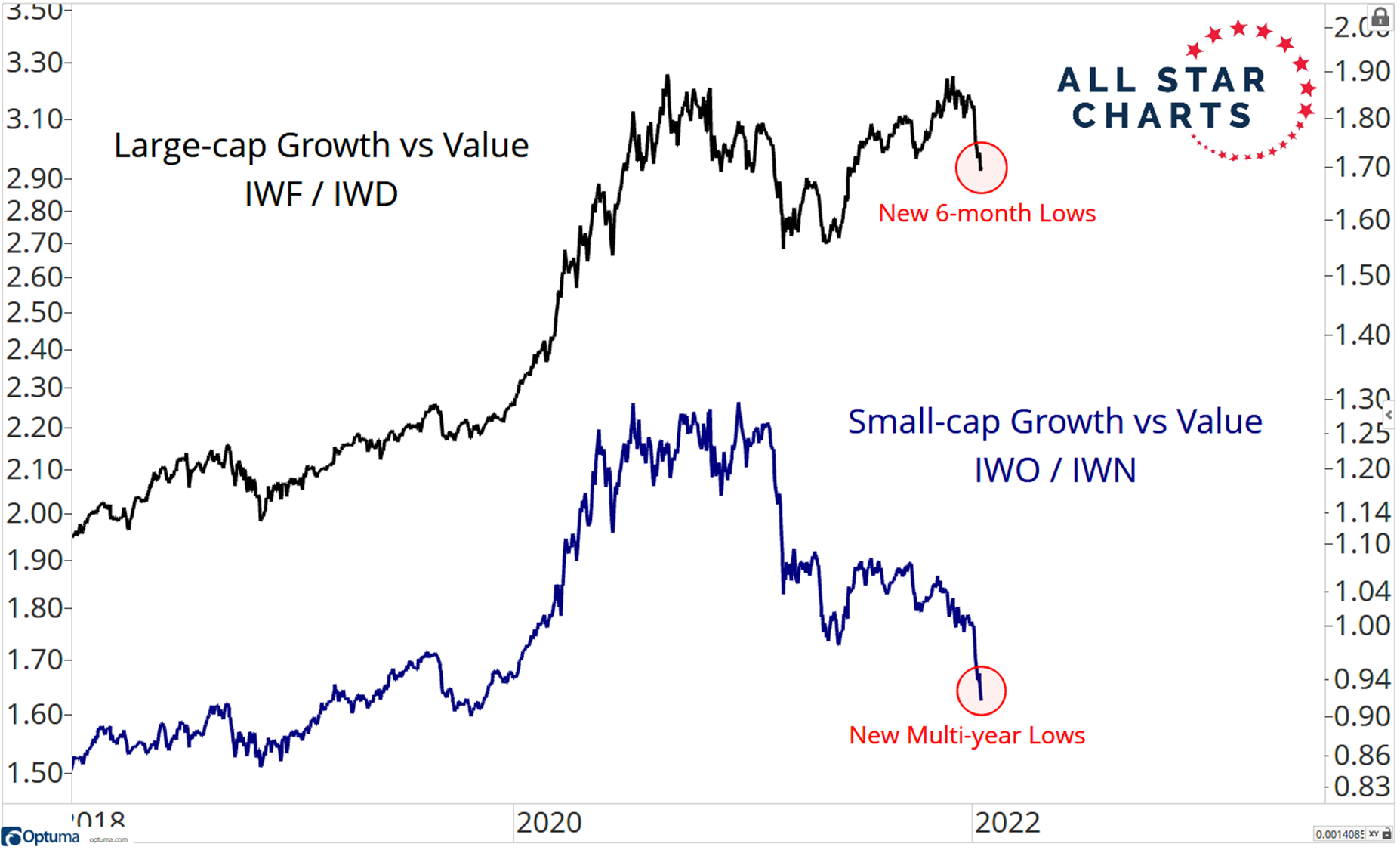 With cyclicals back in the driver’s seat, one group that stands out is financials. While they are ripping higher on an absolute basis, they’re also starting to outperform the broader market.

The chart below illustrates this newfound leadership. We’ve also included European financials on a relative basis to show that this theme is not just taking place in the US. Instead, banks all over the world are trending higher and starting to outperform their alternatives.

The fact that one of the most important sectors in the world is showing relative strength is a big data point for the bulls, as it’s evidence of risk-seeking behavior.

Although we’re seeing plenty of risk on signals, there have also been some recent developments that suggest caution.

Since last year, large-cap stocks have shown resilience while small- and micro-caps have struggled. This has been the case for a long time already, but the weakness down the cap scale has become more pronounced recently.

Right now, sellers are becoming more aggressive, as they just violated the lower bounds of these distribution patterns. Will buyers show up and repair the damage, or will the recent selling pressure continue?

After a rough couple of sessions, it looks like we have our answer. The small-cap Russell 2000 and Russell micro-cap index have both completed their topping formations. This suggests we’re in for further downside. 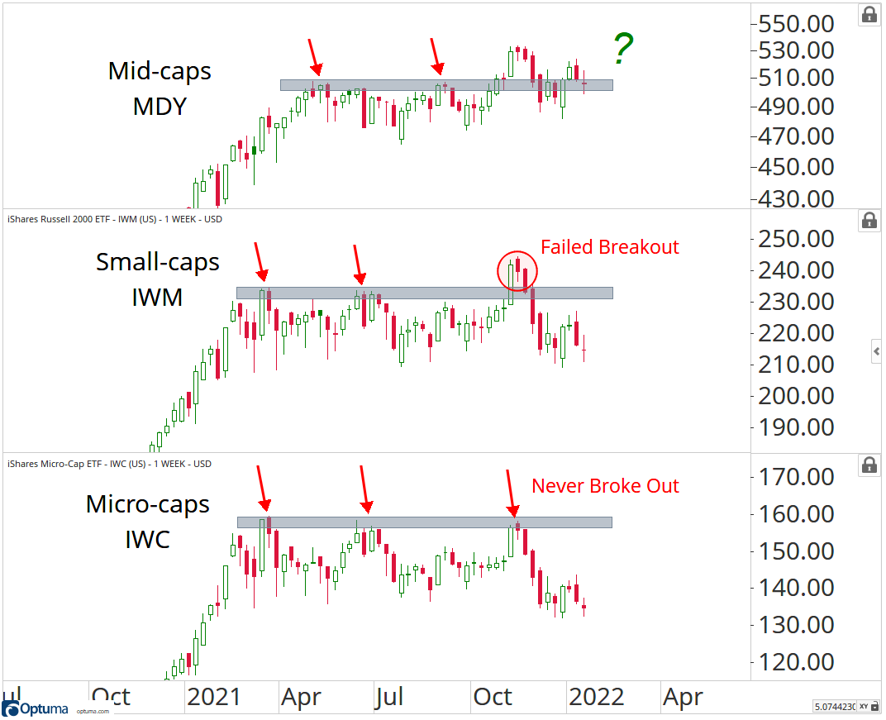 If the weakest stocks continue to break lower, it’s only a matter of time before the mid- and large-caps come under serious pressure as well. We want to monitor micro- and small-caps closely, as these topping patterns could be a roadmap for the rest of the market and risk assets in general.

Another development calling our attention is interest rates rising across the curve and around the world.

Seeing the US 10-year yield break out from a multi-month base to new highs supports the rally in risk assets – especially commodities and cyclical stocks. We want to see follow-through to confirm this breakout in the coming sessions.

What we don’t want to see is these new highs turn into a failed breakout. If that happens, and yields fall back into their former range, it will cast serious doubt around the reflation and global growth narratives.

But as long as these new highs for yields are here to stay, we want to focus on cyclical stocks and commodities, as they should be the leaders in an environment where rates are rising. 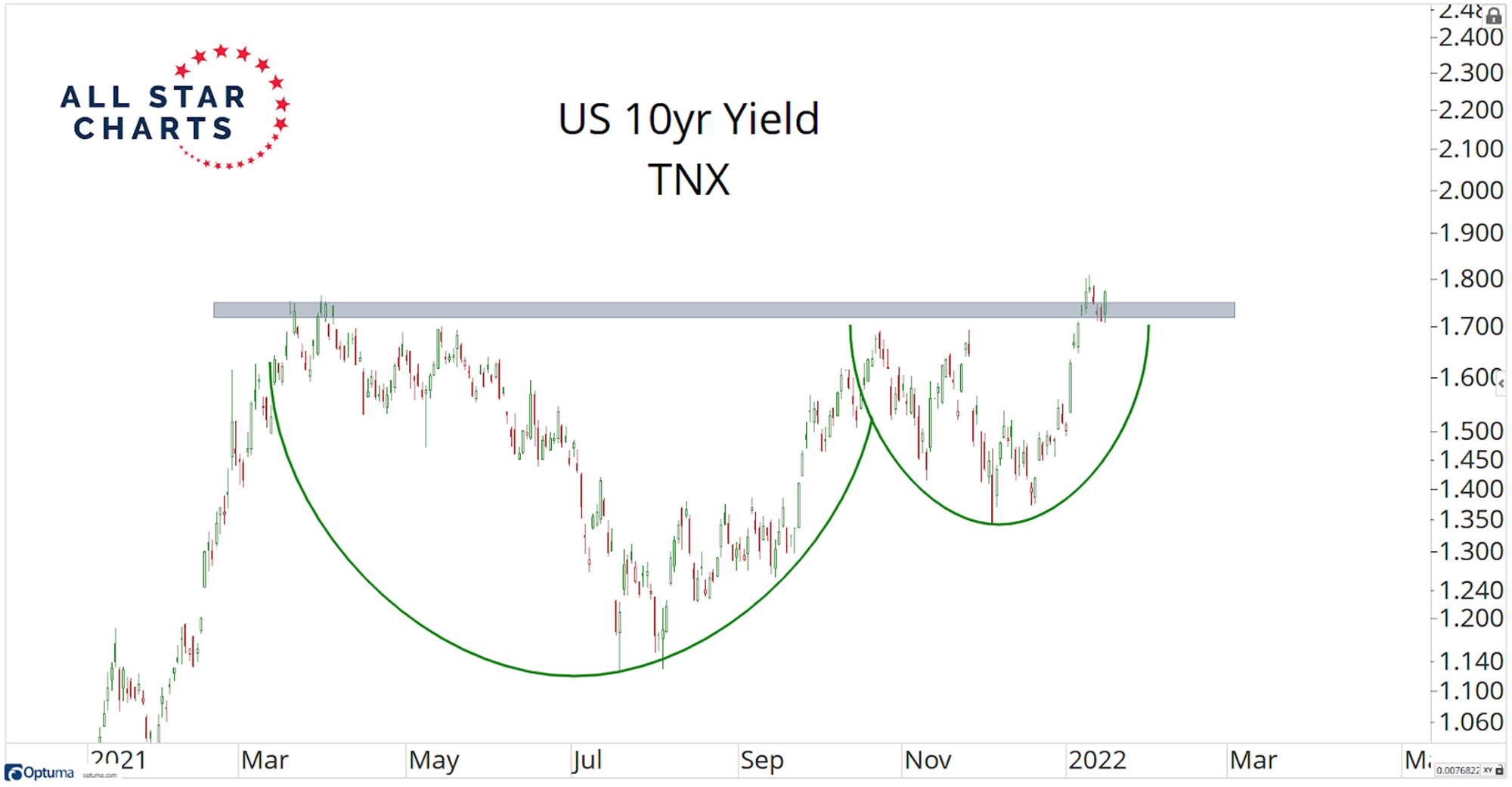 5. A Fresh Leg for Commodities

With rates on the rise in the US and around the world, commodities stand to benefit as much as any other asset class.

After consolidating for the past six months, our equal-weight commodity index hit fresh eight-year highs this week.

This speaks to the broadening participation we’re seeing among commodities and is supportive of our view that a new commodity supercycle is underway. 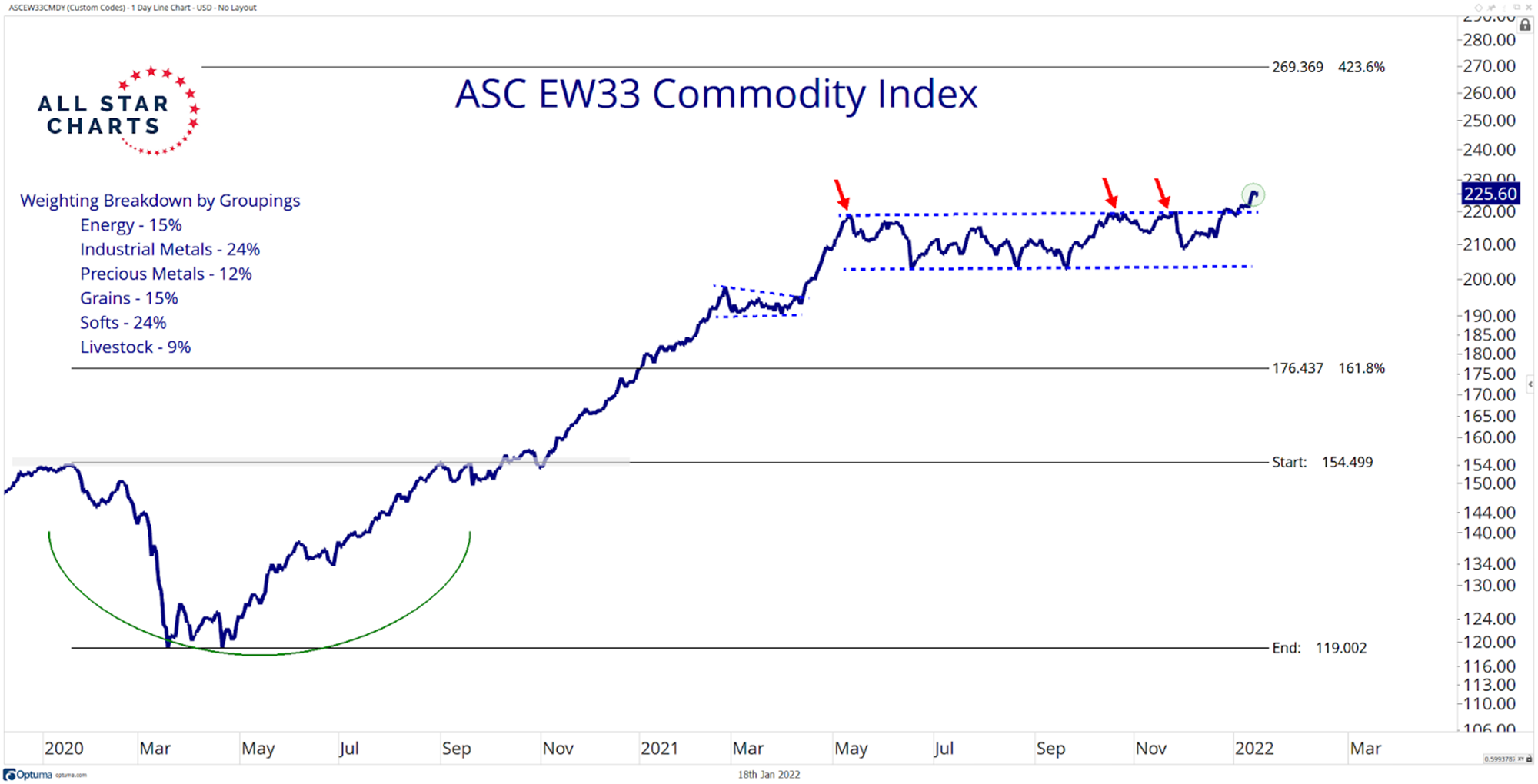 This upside resolution suggests commodities in general are ready to make a fresh leg higher from here. This strength from commodities is also bullish confirmation of the breakouts in the US 10-year yield and cyclical stocks.

For now, we’re in an environment where having extra exposure to commodities and value-oriented stocks is the best course of action.

As always, Premium Members can re-watch the Conference Call and view the slides here!