To get a better understanding of how to approach shares of Apple, we first want to start with a longer-term view and then work our way down to a daily timeframe to make more tactical decisions. They just reported their earnings last night so there are more Apple headlines than usual, if that’s even possible, but in reality shares are still stuck in the same range they’ve been in for most of the year. It’s not sexy, but it’s the truth.

Our target coming into the year was $129 and this was hit in February. Ever since then, we’ve wanted to stay away and not mess with it. Fortunately, it hasn’t done anything in 5 months and anyone holding it has either lost money or flat at best during that period. Here is a weekly chart that goes back a decade. We can see prices within parallel trendlines and recently getting up to the upper of the two where we wanted to be sellers. In addition to this trendline resistance, $129 also represented the 161.8% Fibonacci extension of the 2012-2013 decline. Both of these characteristics suggested that selling in February was best. We still do not see any reason to change that thesis from a longer-term perspective: 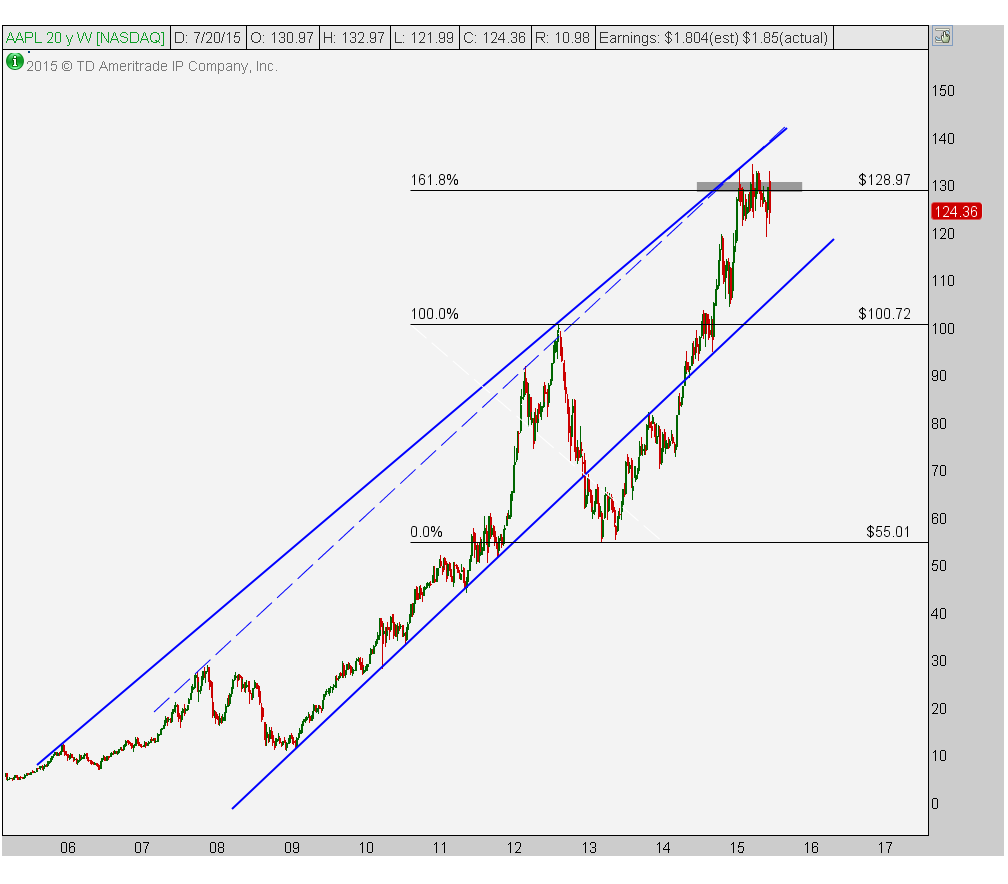 Looking more near-term, we can see this 5 month sideways consolidation since hitting our upside target in February near 129. Not only did the weekly timeframe suggest selling Apple at $129, but the 161.8% Fibonacci extension of the 4th Quarter correction was exactly $129. When multiple timeframes are pointed to selling at $129, we want to pay attention. 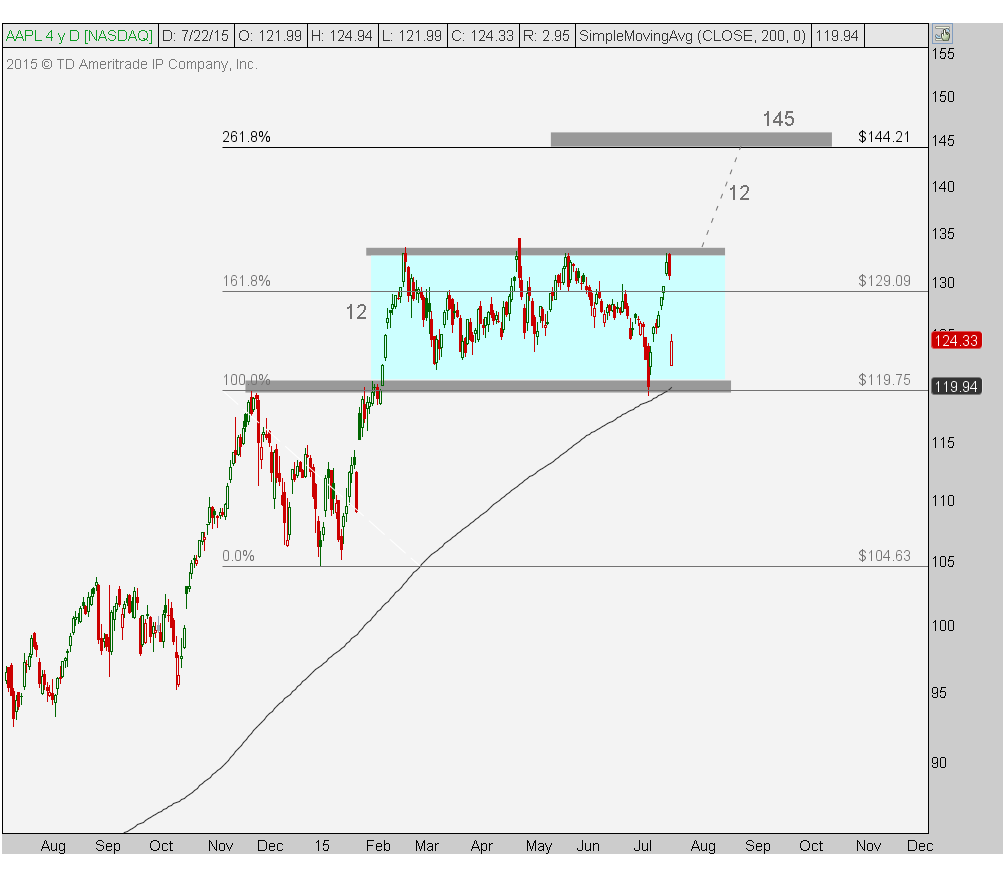 Moving forward I still do not see any reason to bother until this sideways trading range is resolved one way or another. We are looking at about a 12 point range so a breakout above the upper end gives us a measured move target near $145. This target is also right by where we find the 261.8% Fibonacci extension of the 4th Quarter correction that gave us our initial target of $129. I would be a buyer IF we get above this overhead supply and would sell in the mid-140s.

Here is a short video explaining what we see with more detail:

Click Here to receive weekly updates on each of these charts including the rest of the Dow 30 components on multiple timeframes including MSFT, XOM, CVX, IBM, WMT etc