Do stock market crashes normally happen when investors are expecting one?

I’m pretty sure it’s the opposite of that.

Well, this is the chart being passed around this week. We’re looking at the United States Crash Confidence Index, where fewer than 15% of respondents think NO crash is going to happen.

So in other words, almost 90% of respondents think “a catastrophic stock market crash in the U.S., like that of October 28, 1929 or October 19, 1987, is probable in the next six months, including the case that a crash occurred in the other countries and spreads to the U. S.” 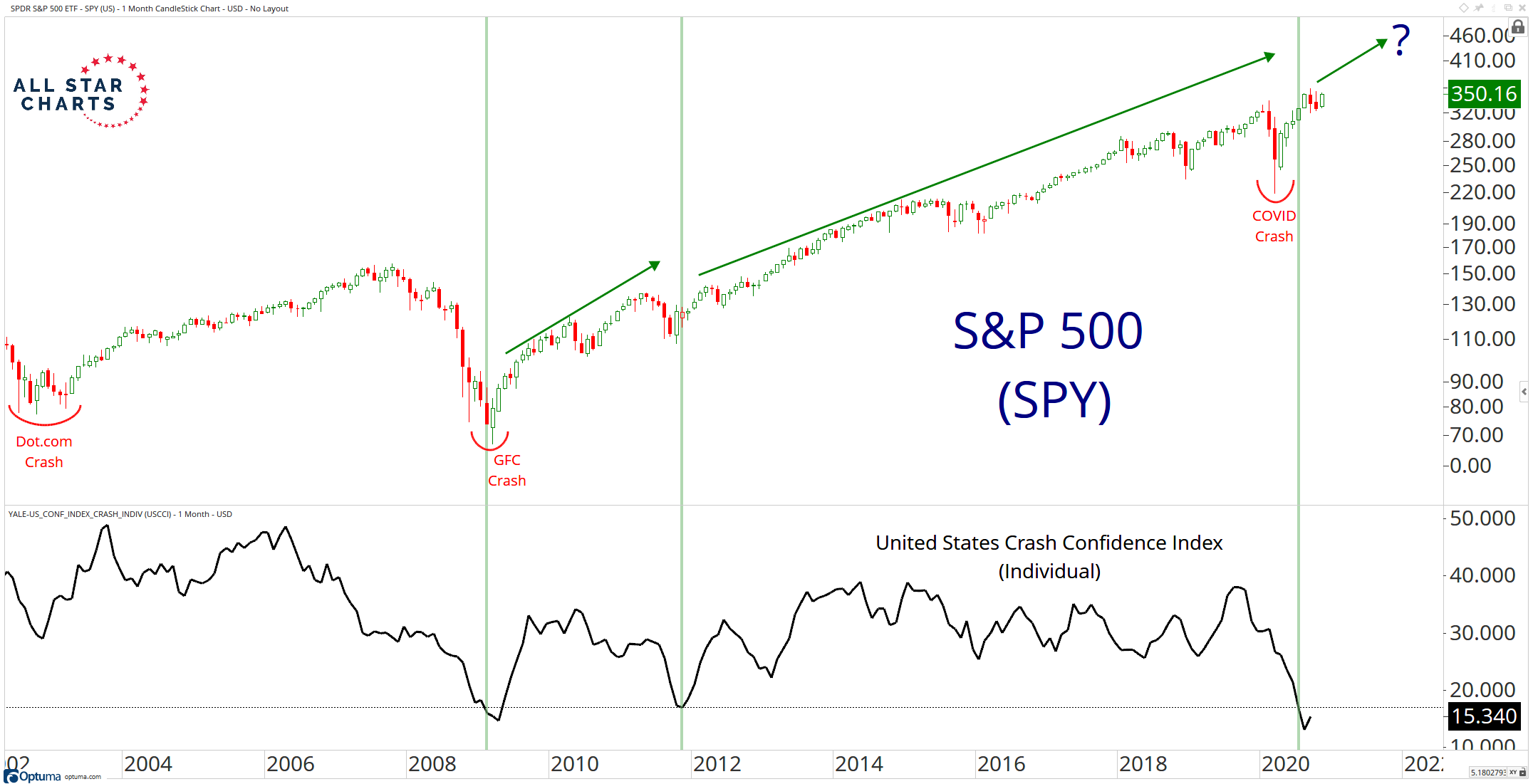 Whenever we’ve been down near these levels in the Crash Confidence Index, not only did crashes not come at all, but these were actually historic buying opportunities in the stock market.

I think today is no different.

For me, there is no holy grail. There is no one magic indicator that tells us when to buy and when to sell. It’s a weight-of-the-evidence approach that we take here. And we’ve been buying stocks, and this is just further evidence that buying stocks is still a better idea than selling them.

Individual investors are more confident than ever that a Crash is coming.

Meanwhile, I’m more confident than ever that individual investors are wrong when they’re this confident about a crash coming.