A big reason why I’ve been bearish towards the U.S. Stock Market is because I’m in the weight-of-the-evidence business and globally stocks have been getting crushed. It was only a matter of time before the selling came to the United States Index. A good example of a broken market making new lows is India’s Nifty Fifty Index.

Here is a weekly chart with the Nifty 50 breaking the uptrend line from the 2009 lows. This was a very important trendline defining the uptrend over the previous 6 years. As you can see here, it is now broken: 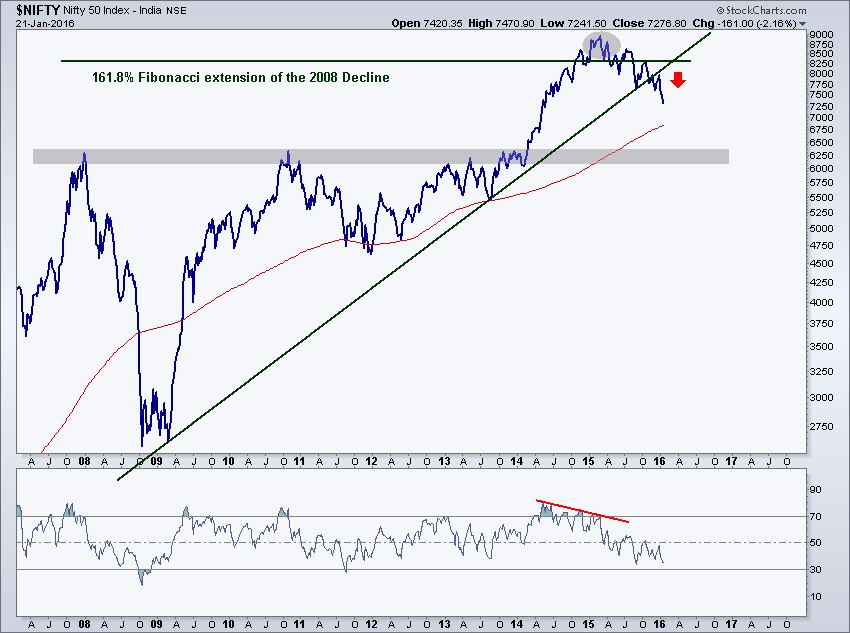 The catalyst to send the Nifty 50 tumbling down was clearly the failed breakout early last year above the 161.8% Fibonacci extension of the 2008 decline. Notice how prices briefly exceeded that price objective and then failed to hold it. This also confirmed a bearish momentum divergence at those new highs. It’s the perfect combination of things to send prices lower. We’ve seen similar developments in many other indexes in countries around the world. It’s just that this one had been one of the strongest, particularly within the emerging markets complex.

Looking shorter-term, prices have been in a very well-defined downtrend channel since those highs early last year. With a 200 day simple moving average rolling over and now heading lower, this puts any rallies at a high risk of failure. Momentum is in a bearish range and I believe prices come down towards that 6500 level. This represents the former highs in 2008 and 2010 as well as the 38.2% Fibonacci retracement of the 2009-2015 rally: 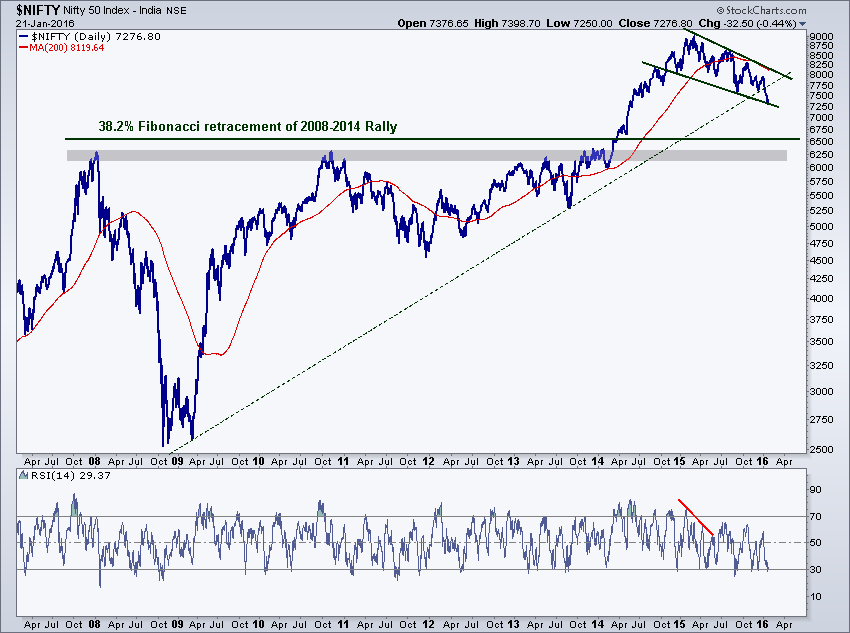 I think you need to sell into any strength in India, specifically into the upper of the two downtrend lines since last year which is also where we find a downward sloping 200 day simple moving average. This is a downtrend and when all is said and done I think we see at least a 28-30% correction from top to bottom, but likely more.

We will reevaluate when we get down there. For now, Sign Up Here to get updates on these charts.