For most of the summer I haven’t been writing much here on the blog. I wanted to take a little bit of time off and focus more on our portfolio as well as the research that we are publishing weekly to our paid members. Today I wanted to go over the large-cap US Stock Market Averages to see where we are within the context of the ongoing bull market since early 2009. The word “Neutral” has been a big theme for us this year when it comes to most of the major stock market averages, although there have been some great opportunities, both long and short, within the industry groups that make up these indexes. We’re looking at daily candlesticks, a 14-day relative strength index (RSI) to measure momentum, and a 200 day simple moving average that we use mostly for trend recognition.

First the S&P500: S&Ps have been stuck in a range for most of this year. After retesting the lows from mid-March, prices have bounced back sharply and are attempting to breakout above both the upper end of this range as well as the downtrend line from the all-time highs set in May. RSI is in a neutral range not hitting overbought or oversold conditions since November, but I would argue that it leans bullish as it stayed above 30 on this recent correction last month. The upward sloping 200 day moving average is also a bullish characteristic. A breakout above these former highs would be a positive and I would only want to own this if we’re above that level. The upside target upon this confirmation would be near 2170 which is the 161.8% Fibonacci extension of this range. I see little reason to force this long if prices are within this 2015 range. 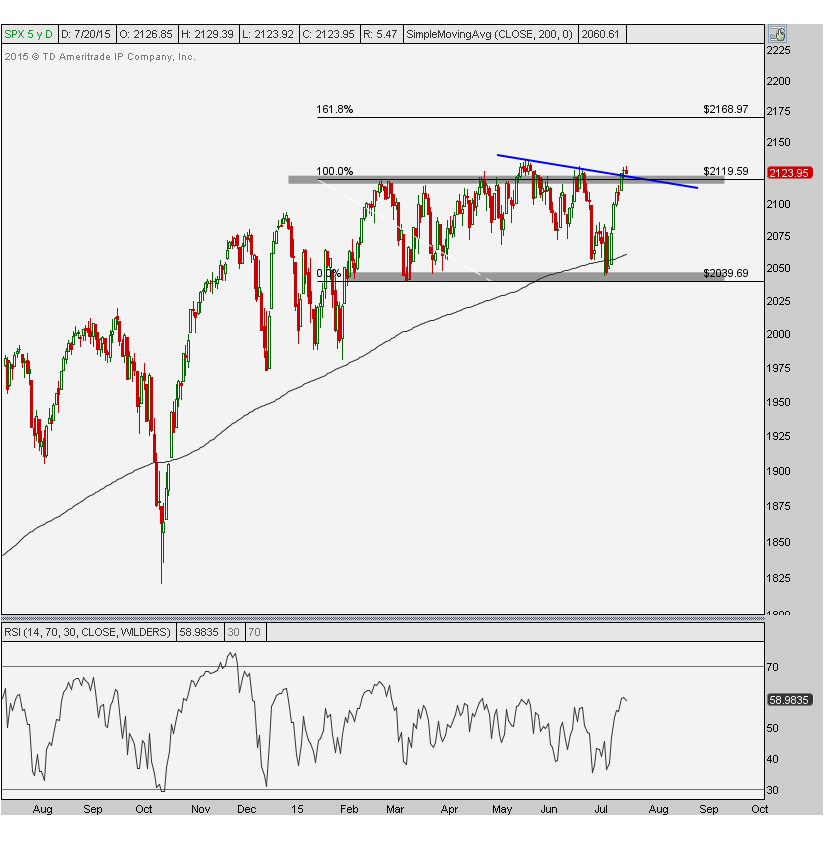 Dow Jones Industrial Average: like the S&P500, the Dow Industrials have been stuck in a similar range all year as well. After a couple of false starts in late February and mid-May, the Dow is still within this sideways consolidation. Similarly to its large-cap counterpart shown above, the RSI in the Dow has stayed out of oversold conditions all year which is good, but looking more neutral than anything else. The upward sloping 200 day moving average is positive. If we can breakout above the upper end of this range, then I could understand the argument to get long. But if prices are below 18,150 I see no reason to be long. If we break out, I would still expect overhead supply to come in at 18,350 so I think patience here is best. 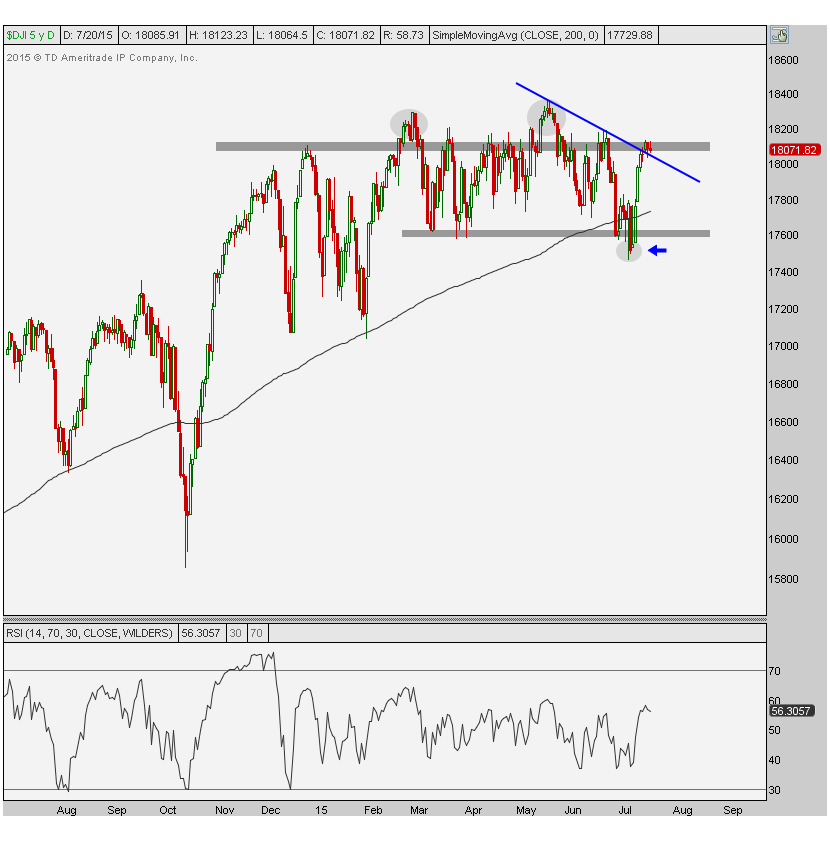 Nasdaq100: this to me has been the cleanest of all of the major U.S. Stock Market Averages. The overhead supply in this particular index has been much more clear than in the Dow Industrials or S&P500. In this case, we’ve been watching this 4560 level that was resistance in April, May and again in June. The more times that a level is tested, the higher the likelihood that it breaks. In this case, we got that breakout last week with our upside target being the upper of these two parallel trendlines that go back to the 4th quarter. This is currently just under 4700 where tactically we want to be taking profits. Momentum measured by RSI is much stronger here as we have hit overbought conditions since late last year without getting oversold at all this year. It appears overbought conditions are coming here once again which would confirm that momentum remains in a bullish range. 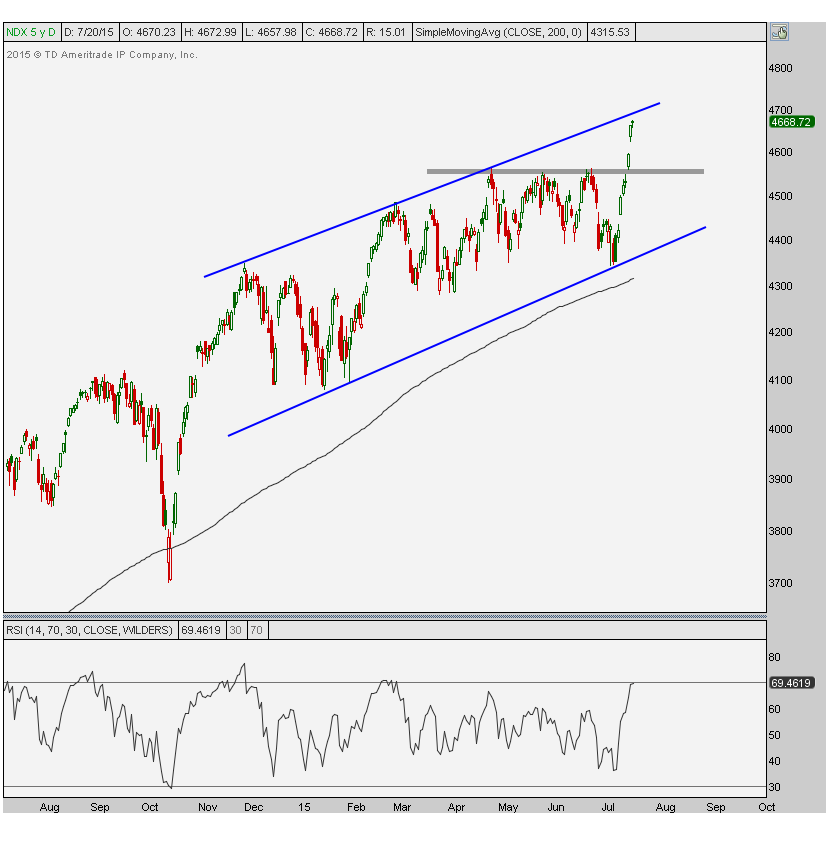 Overall, I have to say that “neutral” is really the word that explains the large-caps the best. Over the next week, I will be following up on this post taking a look at some of the individual sectors and sub-sectors that are in well-defined trends, both up and down. A really smart trader once told me, “If you trade the averages you generate average returns”. I think this statement is more true this year than in any other period that I can remember, and there’s nothing wrong with that. I understand that the headlines revolve around what the Dow did, or what level the Nasdaq hit or didn’t hit. But we’re not here to make headlines. We are only here to make money. Clearly trading the averages is not advised, particularly in a sideways environment. We want to focus on individual sectors. I’ll follow up with some of these shortly. Stay tuned…

Click Here to receive weekly updates on all of these charts including the small and mid-cap indexes as well using multiple timeframes.