It’s a beautiful day today in New York City. So I wanted to start the week out on a positive note.

This is just a friendly reminder to worry less about the news headlines and focus more on price action. Remember when Greece was all the rage? You couldn’t turn the tv on or pick up a paper without something negative about Greece: “Greece Is Beyond Repair: Harvard Professor” – CNBC June 8, “History Offers An Ugly Precedent For Greek Euro Exit” – Bloomberg June 1, “Greek Elections Poses The Next Major Threat” – WSJ June 11, “Greeks Dread Future As Their World – NY Times June 13, “Greek Elections: Vote Is Plunge Into Instability” – BBC News May 7, “Greece To Leave Euro Zone on June 18th” – CNBC May 28. I can go on and on, but I think you get the point. And guess who’s stock market is up over 85% since June? And guess who’s stock & bond market barely gets a mention anymore?

The Athens Stock Exchange General Index has been one of the biggest winners since the summer, and no one seems to care. Why? Because I guess it isn’t sexy enough anymore. Apparently only riots out there make the headlines. Good news? No one wants to hear that. So I’ll be that guy: 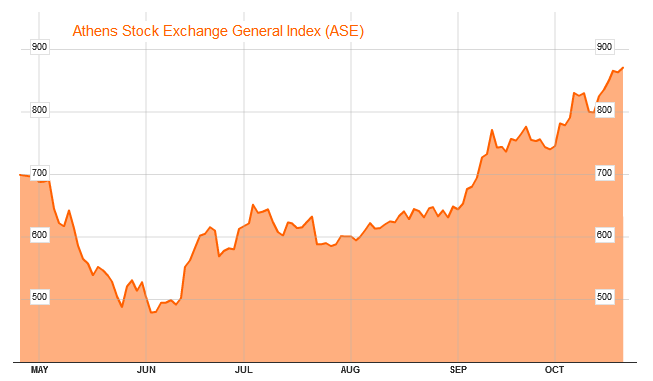 Is this chart not a thing of beauty? Leave the sexy headlines to those who need to sell advertising for a living. And not that there is any wrong with that. If that’s how you make money, that’s great. This is America – go for it. But as readers and watchers, let’s remember the objectives behind what is being shown/printed. If your goal is to make money in the stock market, studying price is probably a better idea.