From the desk of Louis Sykes @haumicharts

The last few days have seen one of the largest unwinds and destruction of wealth in crypto history.

By historical standards, the collapse in the Terra ecosystem will go down as some of the most wide-reaching, systemic stress the asset class has endured.

We want to dedicate a good portion of this week’s crypto letter to why UST failed, how it impacted other assets, and our outlook following this event.

Before we dive into our outlook, we want to take some time to explain what started the collapse and the mechanisms that failed.

UST, the stablecoin of the Terra ecosystem, is completely algorithmic in nature. This means UST isn’t backed by reserves like its counterparts such as Tether $USDT.

In recent months, Do Kwon and the Luna Foundation Guard (LFG) bought $200M of Avalanche $AVAX and $1.5B in Bitcoin. This was used to maintain UST’s peg with $1 USD by the following algorithmic mechanism:

They were essentially arbitraging fluctuations from the peg to maintain the peg.

So what went wrong?

Over the weekend, $2B worth of funds were withdrawn from Anchor Protocol and hundreds of millions of UST were dumped onto the open market. This resulted in UST/USD trading at 0.98, a pretty significant dispersion for a stable coin. To counter this, the LFG deployed $750M worth of its Bitcoin reserves in an attempt to prop up UST back to its $1 peg, which they advertised via the following Twitter thread.

1/ Over the past several days, market volatility across crypto assets has been significant.

The market turmoil is also reflected by the past week's uncertain macro conditions across legacy asset classes.

Why is this bad?

It’s like giving your hand at a poker table, where market-makers know their playbook and can exploit this via shorting UST via futures.

Further, $750M worth of Bitcoin was about to be dumped on the open market. Combined with the fact that traders were front running this impending selling pressure saw Bitcoin immediately drop.

On-chain, we could see the influx of coins moving to exchanges to sell (from both individual investors front-running LFG and the LFG itself) as well as an uptick in OTC desk holdings to facilitate the offloading of these reserves. 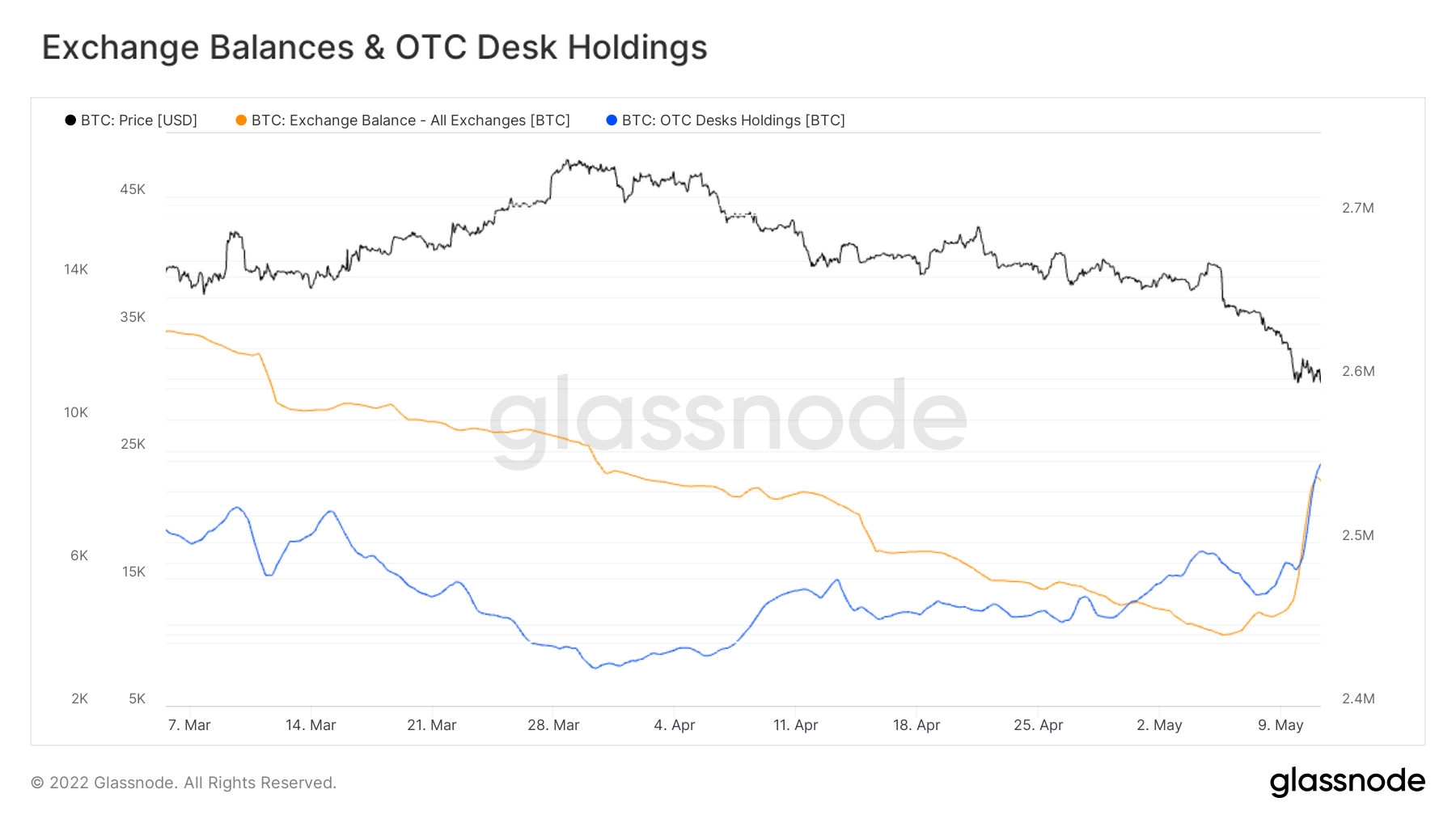 On the other side, retail investors fear a further drop in UST, ie – $100,000 could become $80,000 etc. Fearing this, they sell their UST, adding to the further supply of UST hitting the market.

The Terra protocol made the promise that people could always swap $1 UST into $1 worth of LUNA. But it was discovered that there was a limit for this — only $100M of UST can be burned for LUNA every day.

The LFT had a run on its hands.

To make matters worse, as Bitcoin prices continued to fall, each additional BTC sold from their reserves would mean that less UST could be bought.

In a shocking statistic, all the Bitcoin the LFG acquired since January is now depleted and they sold it all at a considerable loss: 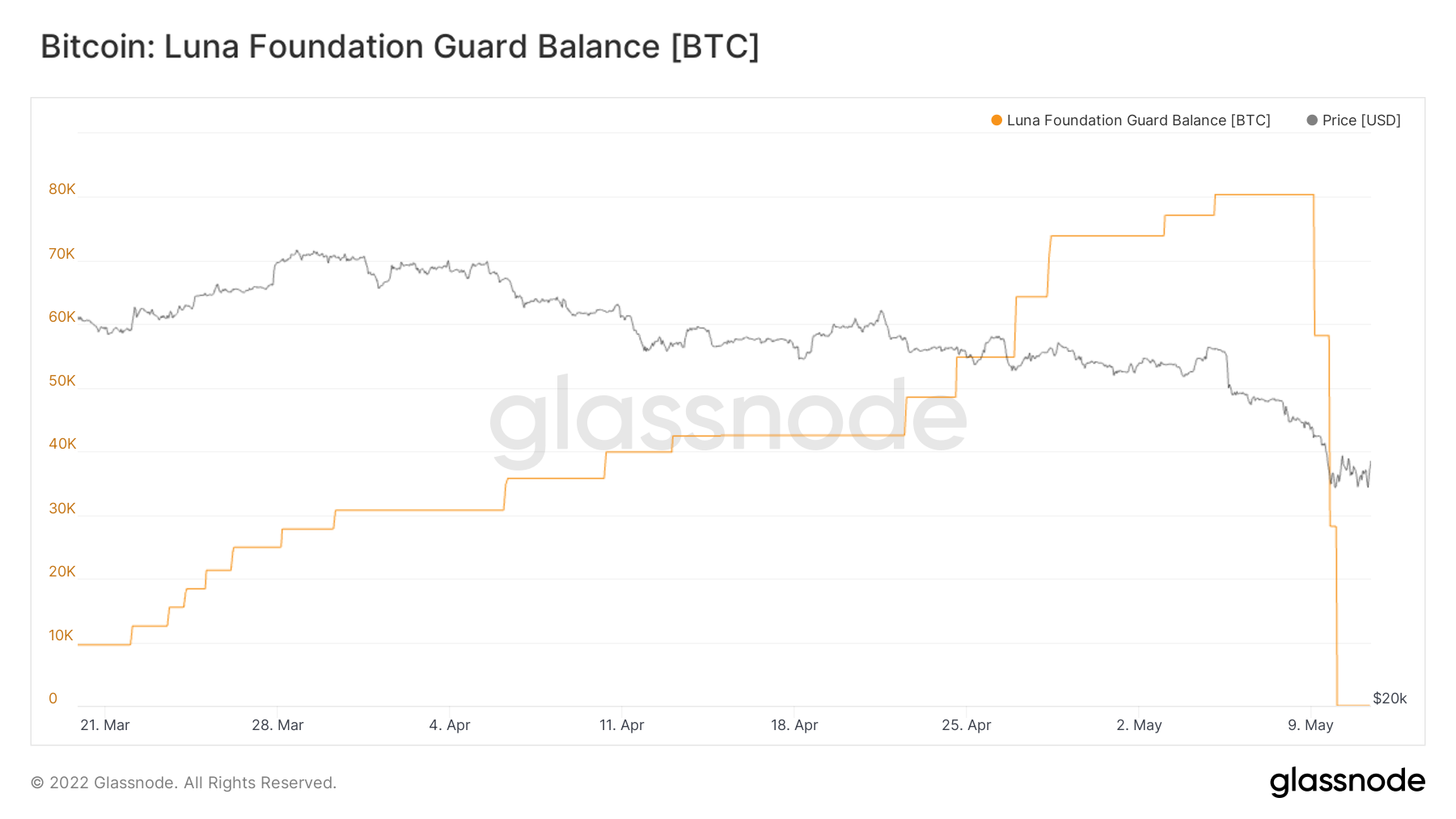 Efforts are now being made to secure more funds to bring UST back to its peg:

Prevailing speculation is that Citadel led the initial attack:

Speculation that the attack on $UST was a coordinate attack by Citadel. This seems highly plausible given their anti- Bitcoin stance. Also, when @stablekwon/LFG publicized they would protect the peg at certain level it was an invitation to attack. Wall Street are experts at this.

It’s fair to say that the LFG collapse has been a strong driver of recent price action.

One could argue that Bitcoin continuing to hold support around 30k despite the LFG dumping all their coins is positive.

Either we’re in for an extremely late capitulation event or we (most likely) bounce over short timeframes. From a risk vs reward perspective, the characteristics are in our favor to take a tactical Bitcoin long with a stop right below all this support.

But over longer timeframes, we have even less conviction in either direction. Bottoms and turning points in crypto markets have become notoriously messy in the blossoming age of derivative markets and tend to involve a lot of whipsaws into traders’ invalidation levels.

In either case, patience is likely prudent.

Of course, the omnipresent driver apart from the recent LFG unwind continues to be the macro environment.

As we’ve repeatedly demonstrated, the correlations between the Nasdaq and Bitcoin are at all-time highs. In a letter we published in April, we discussed the following:

Tight trading correlations to the Nasdaq represent the most pressing risk for Bitcoin long exposure. Unless short-term correlations die off, defensive positioning is warranted. The most bullish scenario for Bitcoin is decoupling from equity weakness. There’s been no evidence of this.

This continues to remain our base case for risk management purposes in crypto markets.

With key indices losing support levels, Bitcoin will continue to get dragged down in this new tightening cycle. 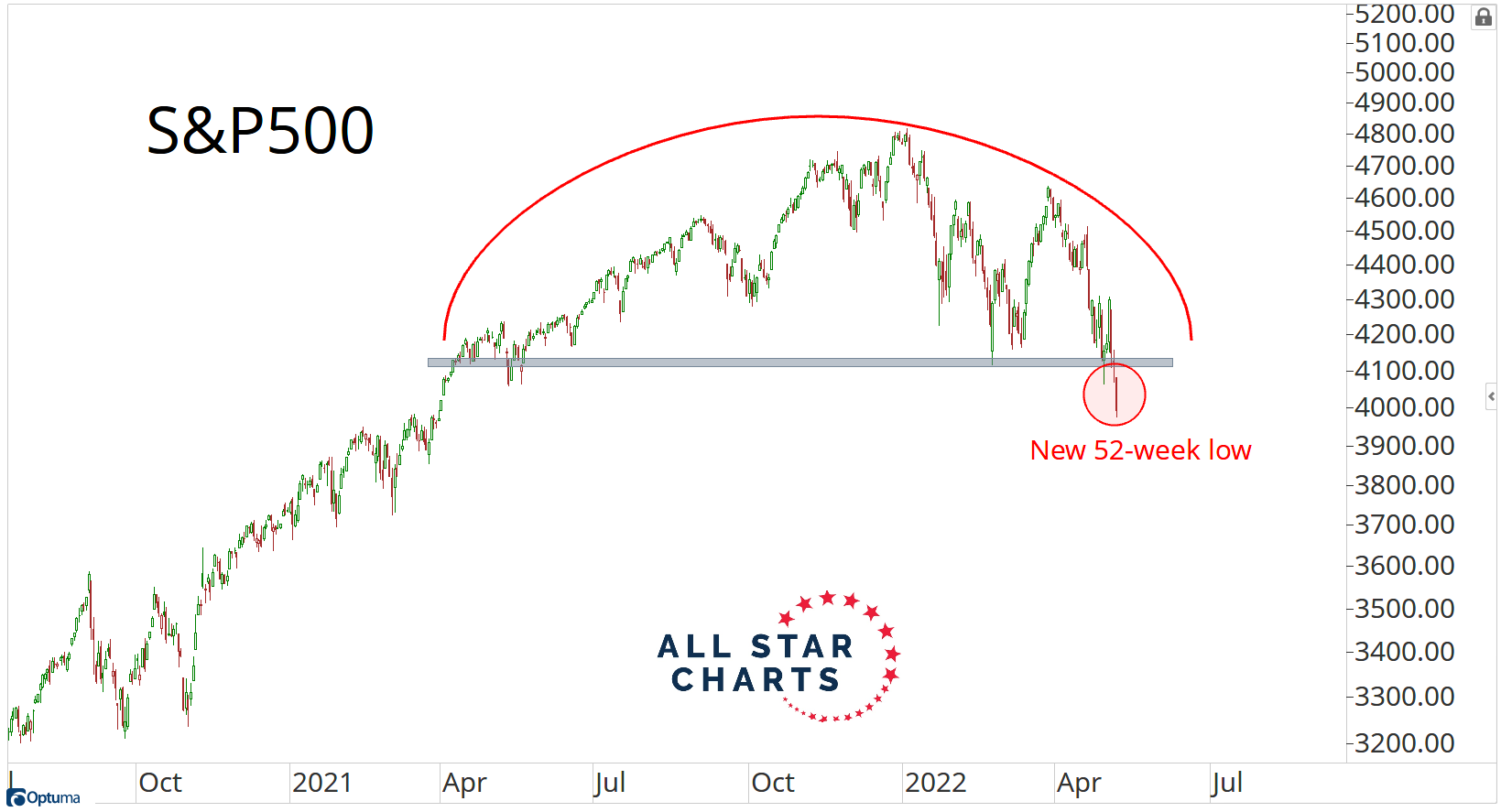 Even though Bitcoin’s hovering on support, we need to see equity markets improve by reclaiming these broken support levels or correlations to dislocate before having any real directional conviction.

Be sure to reach out if you have any questions.