There is a lot of noise out there about the Mexican Peso and the Presidential Elections. So I can’t think of a better time to focus on the supply and demand dynamics in the forex markets to see if we can determine the most likely direction of the Peso. Fortunately, as technicians, we can just ignore all that junk and spend our time on the only factor that actually pays, which is price.

Here is a weekly chart for the Mexican Peso vs the US Dollar. It has been in a strong downtrend for years, but more recently since the end of 2014, the selling really accelerated when energy and base metals got crushed. We saw very similar behavior from emerging market stocks, particularly in Latin America and South Africa. 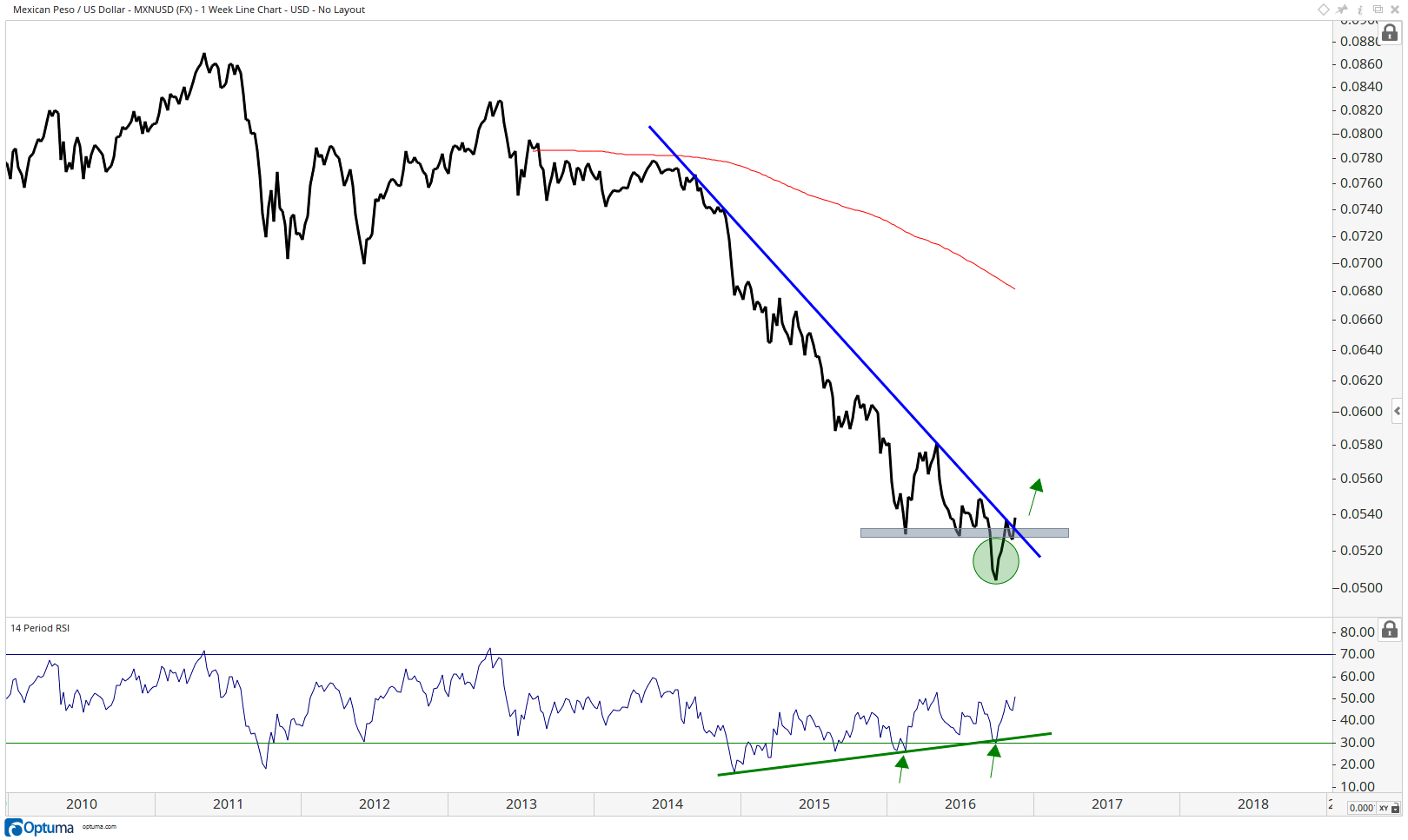 I see a failed breakdown in September with a bullish divergence in momentum. From a risk vs reward proposition, I see every reason to be long MXNUSD if we’re above the downtrend line from 2014. Target-wise, a mean reversion back up towards the early 2015 level would be perfectly normal.

A more short-term chart looks similar to the longer-term chart above. The failed breakdown in September is that much more obvious here. Also, in this case the 200 day simple moving average has stopped declining and has now flattened out. I think if we’re above the late October highs (0.054), we can be long Mexican Pesos: 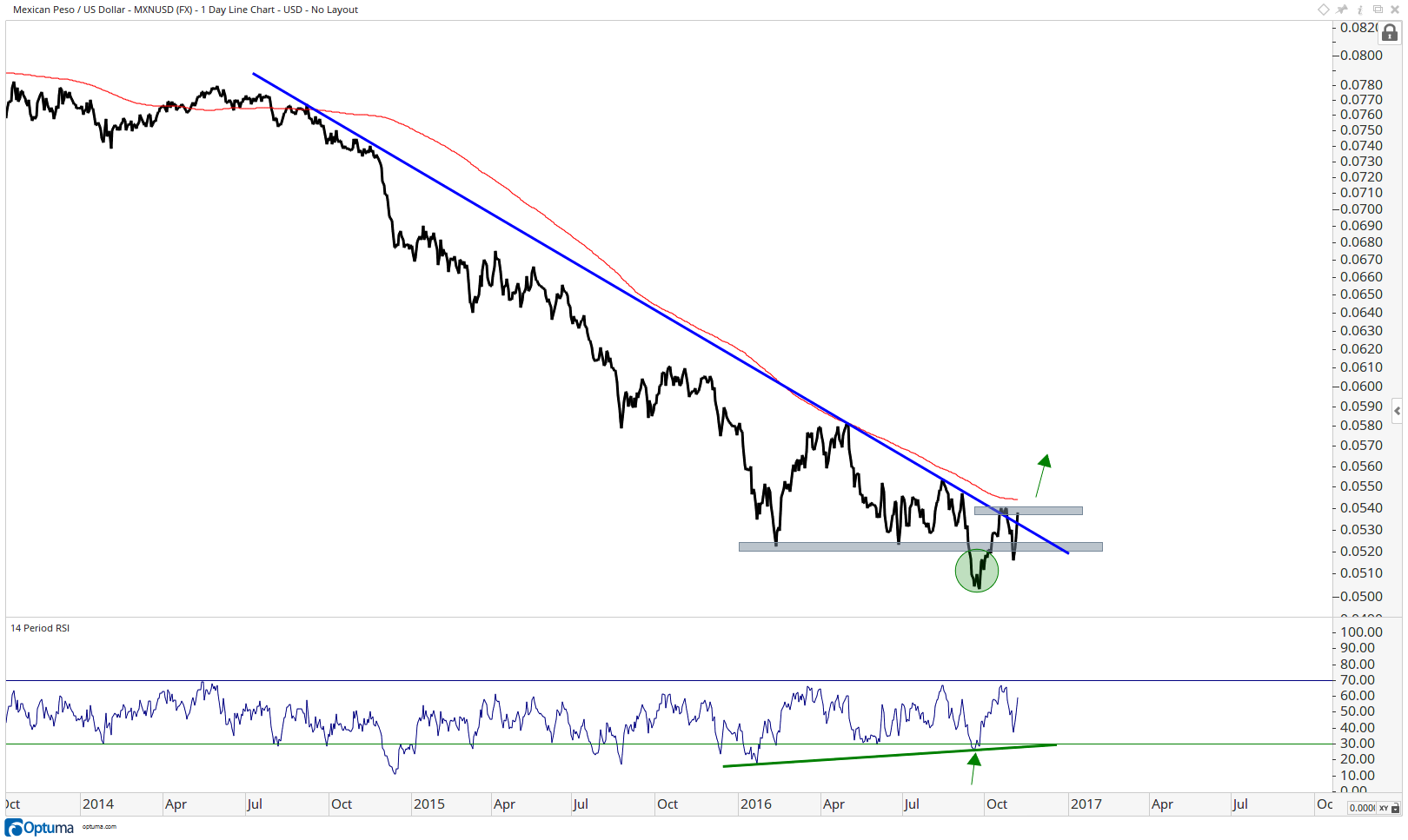 To me, the levels are pretty clear. If we’re above this key downtrend line, it’s hard to be short. I’d prefer to err on the long side for a mean reversion, particularly form a risk vs reward perspective. If we’re below the early November lows, owning Mexican Peso’s is probably a bad idea.

I don’t know who wins the US Presidential Election. I also don’t care while I’m wearing my investors hat, which is all the time since its my job. I am forced to live in the real world, where price is driven by supply and demand and investors make money by buying and selling securities. If you’re just a spectator and don’t actually participate, you’ll have a hard time understanding this concept. We’re only here for one reason: to make money.

I think the Mexican Peso presents an opportunity to potentially help our bottom line. That’s what matters.