You can be long bitcoin and expect higher prices and not have to make up conspiracy theories about the stuff. There’s no need to be a one-trick pony.

Owning bitcoin is no different than buying a stock or ETF: It’s just letters and math. Everybody thinks there’s some secret sauce to the cryptocurrencies, but overthinking it can be incredibly dangerous.

Why? Because if you over-think it – if you grant it more prestige or mystery than it’s worth – then you become part of a cult . . . and you lose the ability to think clearly about your investments. It becomes a religion. And what happens then is that you throw risk management out the window. That’s the scary part!

Bitcoin should be treated no differently than any other assets: Identify the risk and take profits when your targets are achieved. 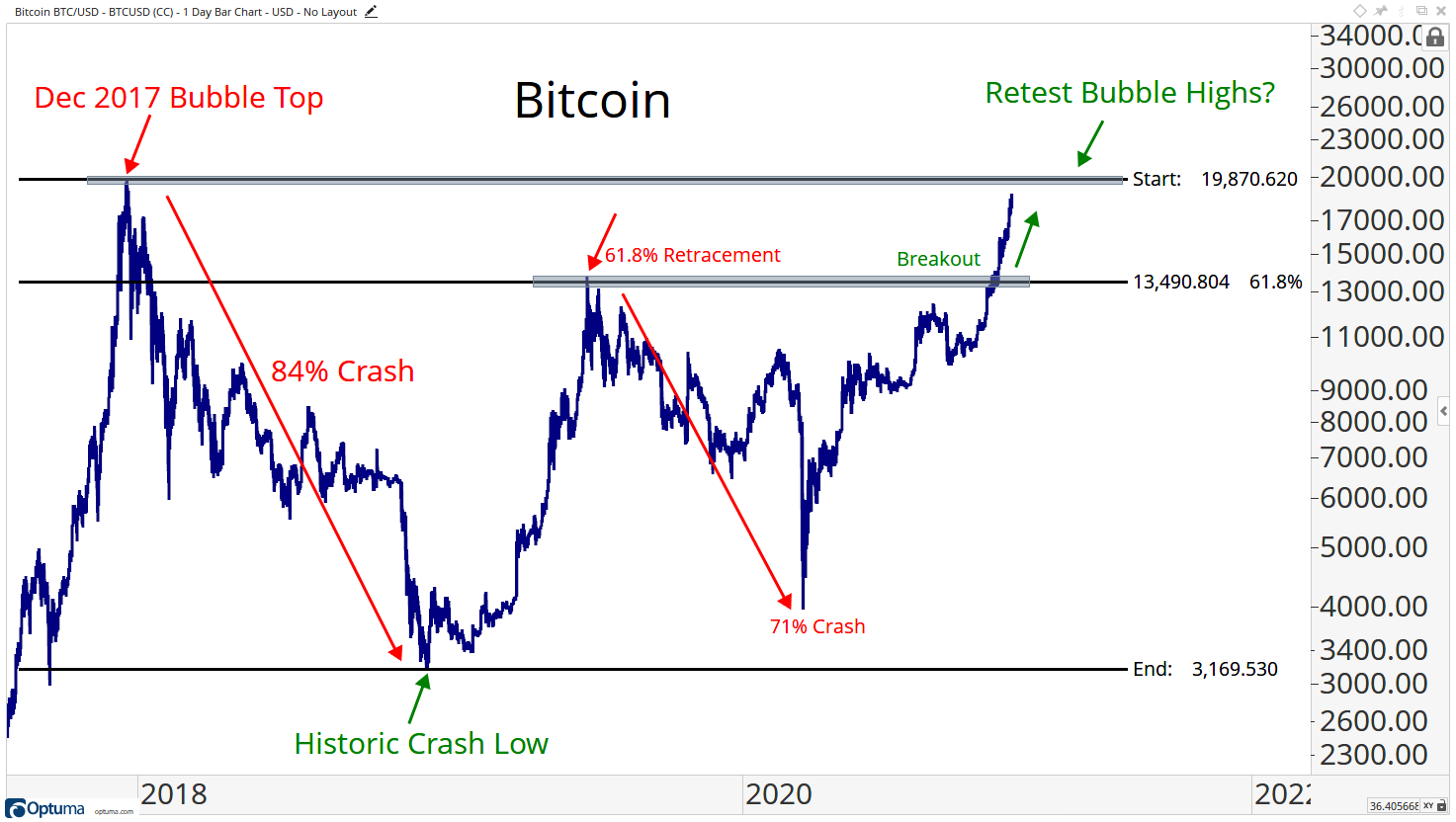 We’re thrilled Bitcoin has done so well. We’ve been as bullish as anyone else. The difference is that we weren’t the bag holders throughout 2018 & 2019 like the bitcoin cult leaders. That’s because we’re not part of the religion. The truth is, I don’t care whether bitcoin goes to $1,000,000 or if it goes to zero.

It’s not my problem.

But we’ve been long for the last 80%. One for the good guys! But it’s no different than the $PTON or $SNAP trades we put on. It’s just a trade. Not a lifestyle.

If you find yourself following people who failed at other endeavors and are now clinging on to the hopes and dreams of higher bitcoin prices, shut them off. They’re the most dangerous people of them all because they have nothing to lose. They’ve been wrong about everything else, they’re on tilt, and now they’re going all in on the crypto.

Don’t be that guy.

Try to be the opposite actually.