Here is an interesting chart that I’ve watched develop throughout the year. We’re looking at Japan’s Nikkei 225 Stock Average Index for 2012. What stands out to me here is very simple: we’ve seen 5 tests of resistance since the beginning of the summer. And when that happens, a breakout is usually coming: 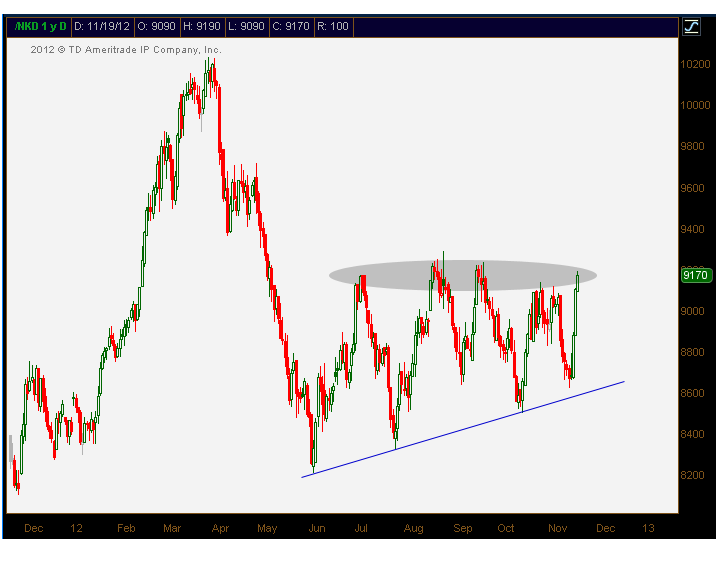 We know there are sellers at the 9100-9200 level. That’s clear. But logic tells us that with each test of resistance, more sellers that were willing to sell at those levels will have already sold. So in theory, these sellers will eventually dry up leaving only buyers to rule at those prices. That’s when we get the pop.

The target is pretty clear. I think we’re headed towards the March highs, which is about 1000 points away. And the best part is that Japan doesn’t have any strong correlation to US Stocks. Finding non-correlated assets to position ourselves in is always a goal of ours. Finding one set up this well is the hard part. It looks to me like we have both in this case.