This has been one of my favorites all year. Corn prices are up 14% in 2014 and I think we could just be getting started. The first quarter is almost over and so far it’s been the year for commodities. The equal weighted commodities index is up over 9% YTD with the stock market negative during the same period. This clearly isn’t 2013 anymore.

First let’s take a longer-term look at Corn so you can see why we liked it so much in the first place. This weekly bar chart shows all of that resistance in 2009/2010 now turning into support from November through early January. Where supply once overwhelmed demand, the opposite is now true at these levels. This is a great example of the polarity principles that are so important to what we do: 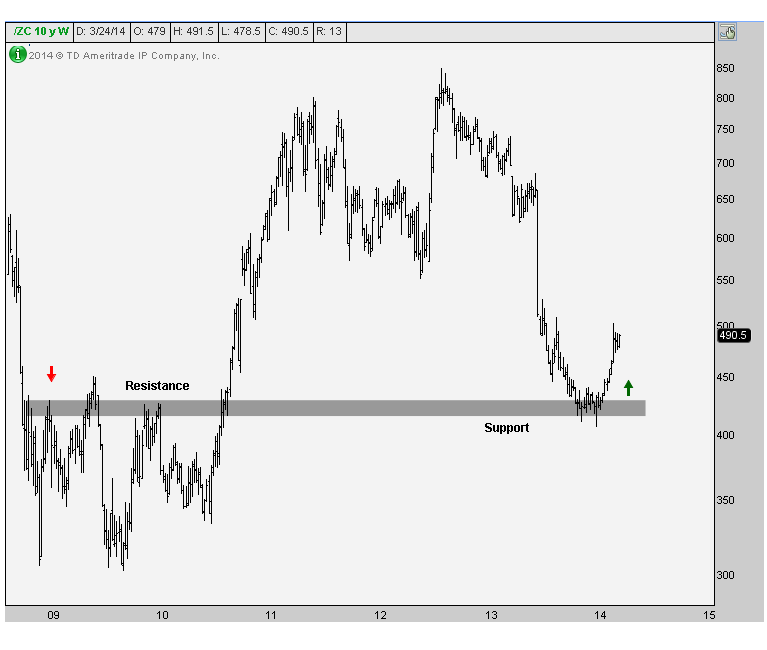 Now look at the daily candlestick chart. After the initial thrust higher, prices have consolidated nicely throughout the month of March. A breakout here would signal the beginning of the next leg higher. The next target is around 550 where we run into the May 2012 lows and 600 after that: 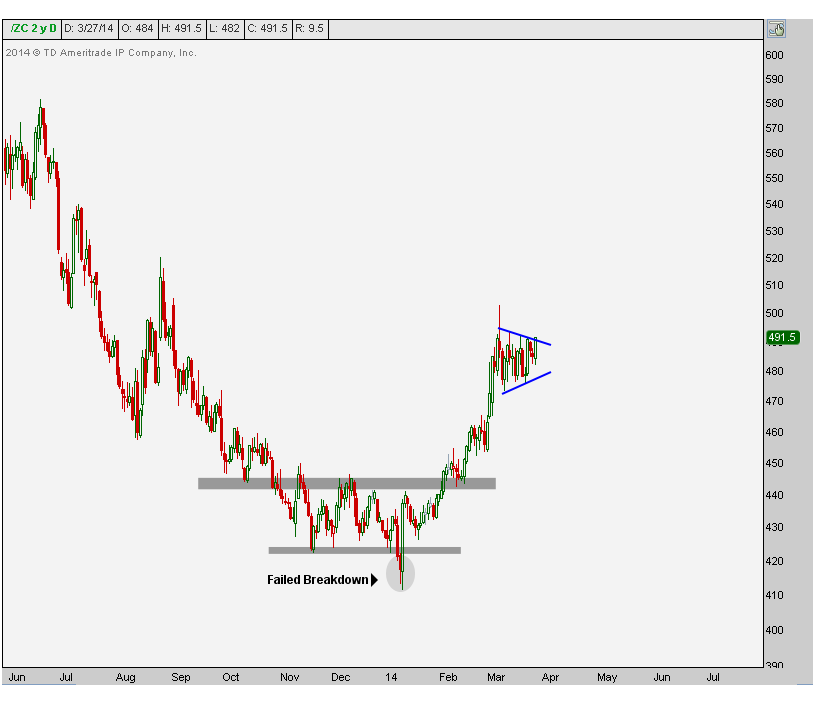 A breakdown below this flag (or pennant as some might call it) would signal to us that some further consolidation is necessary here and Corn is not quite ready for the next leg higher. I believe this is the lower probability outcome, but keeping an open mind to all possibilities is very important. I think the false breakdown to start the year is the catalyst necessary to keep this uptrend going.

Commodities are where it’s at so far this year. I think this continues. Stocks have been the worst place to be and have failed to advance throughout the first quarter. Treasury Bonds are doing great and Commodities are doing even better. So this is where we continue to want to gain exposure.