In early May, I pointed out that the Consumer Discretionary vs Consumer Staples ratio making new all-time highs was sector rotation suggesting higher stock prices in general. Since then the S&P500 is up 5.5%, the Small-cap Russell2000 is up 7.6% and the Nasdaq100 is up 7.8%. This sort of behavior is consistent with an environment where the riskier, more speculative, much higher beta Discretionary stocks are outperforming the safer, less risky and much lower beta Staples. 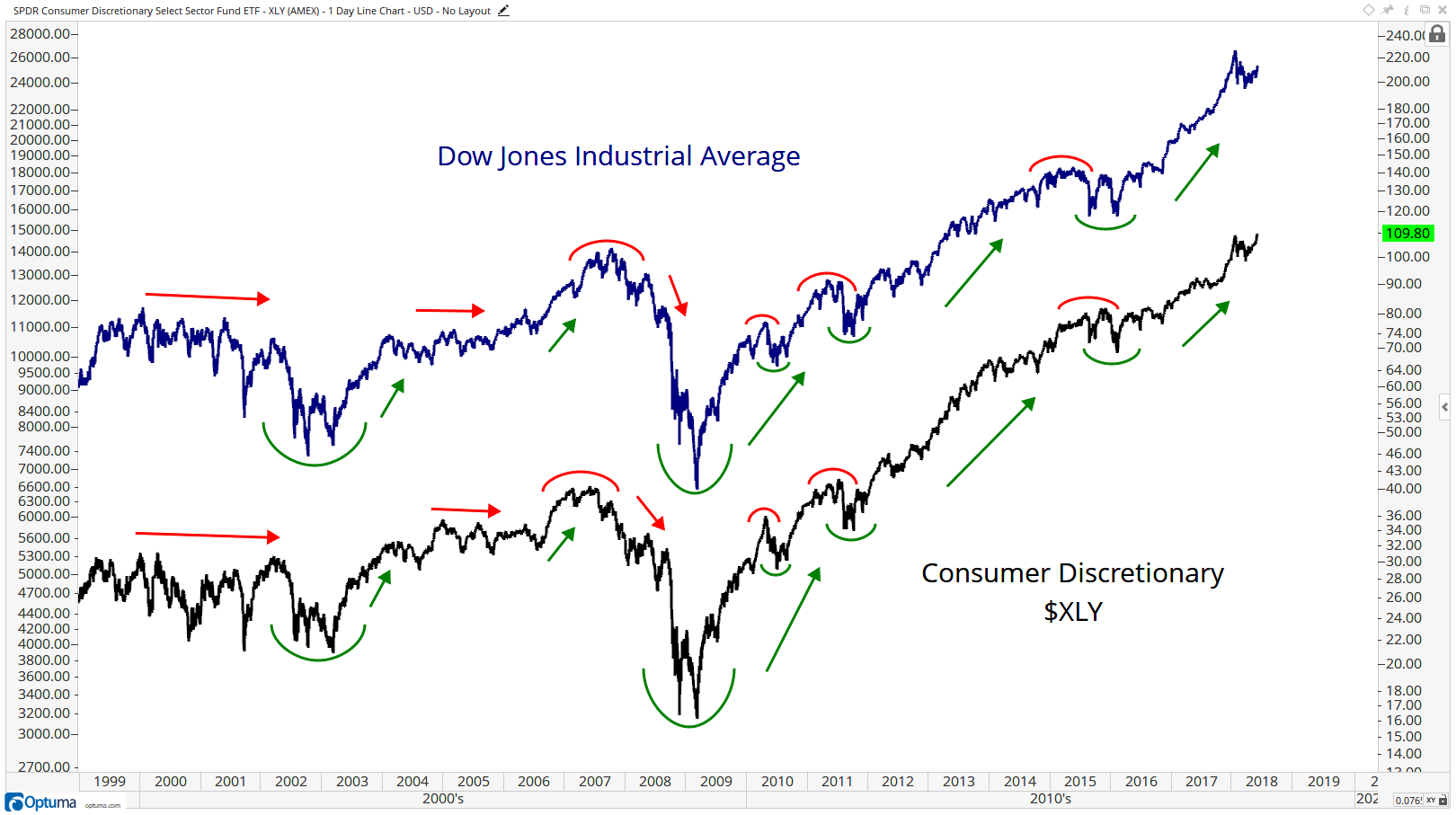 If you’re an investor in stocks and you’re not watching Discretionaries, it seems irresponsible considering the correlation. Here is a closer look at what is going on in $XLY. I see prices hitting their upside objective around 105 in January, consolidating over the past 5 months, and now breaking out to new all-time highs: 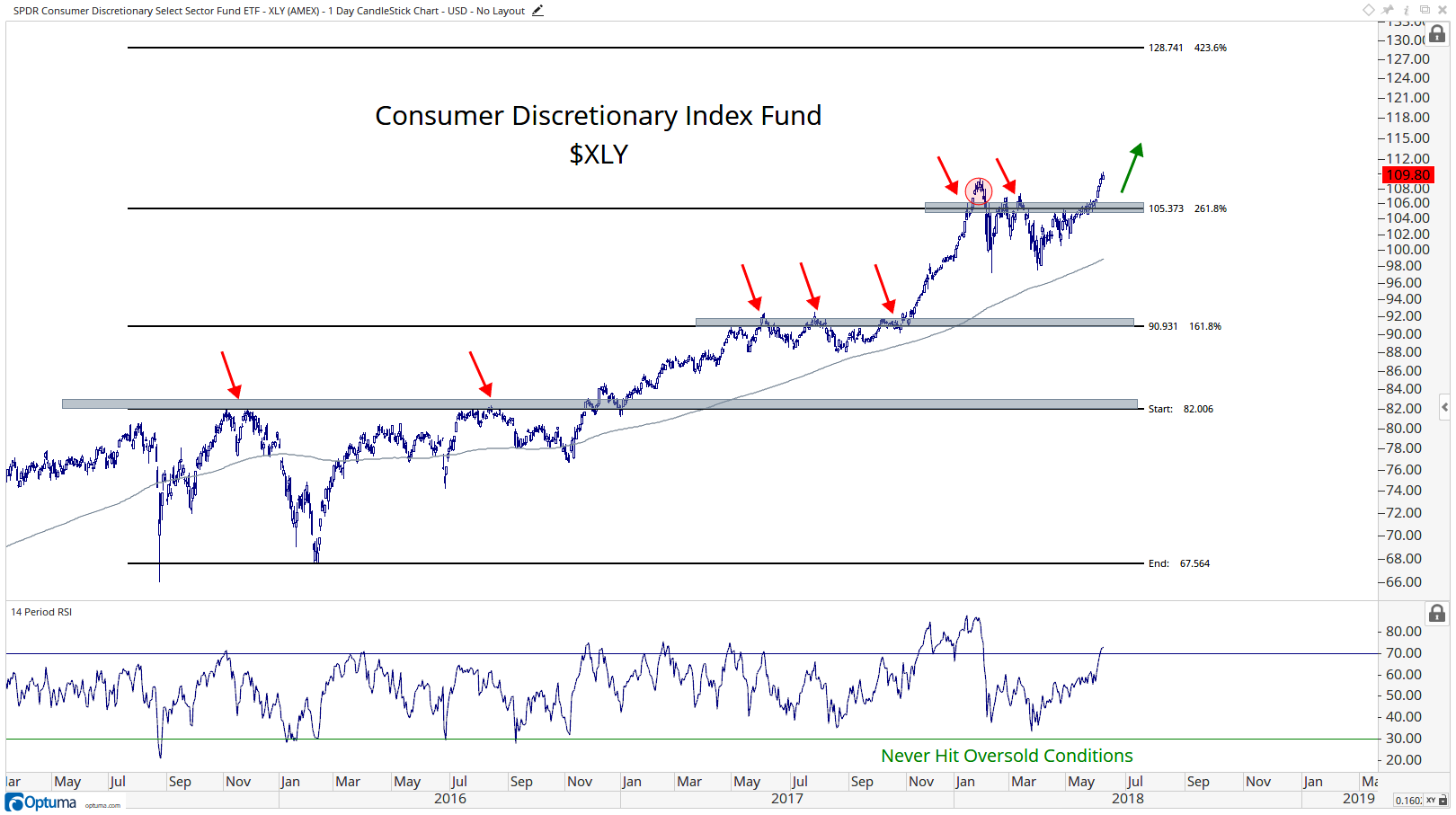 This type of behavior is perfectly normal. Consolidations tend to resolve in the direction of the underlying trend, which is obviously up in this case. Any other outcome would be abnormal. So if Consumer Discretionaries $XLY are above 105, it’s awfully difficult for me to be bearish the group, and as is made perfectly clear in the first chart above, the S&P500 as well.

Now, the kicker here is that Discretionary stocks are also breaking out relative to the S&P500. So we’re not just seeing absolute strength, but the relative strength we’re always in search for is there as well. Look at the $XLY vs $SPY ratio breaking out of a 30-month base: 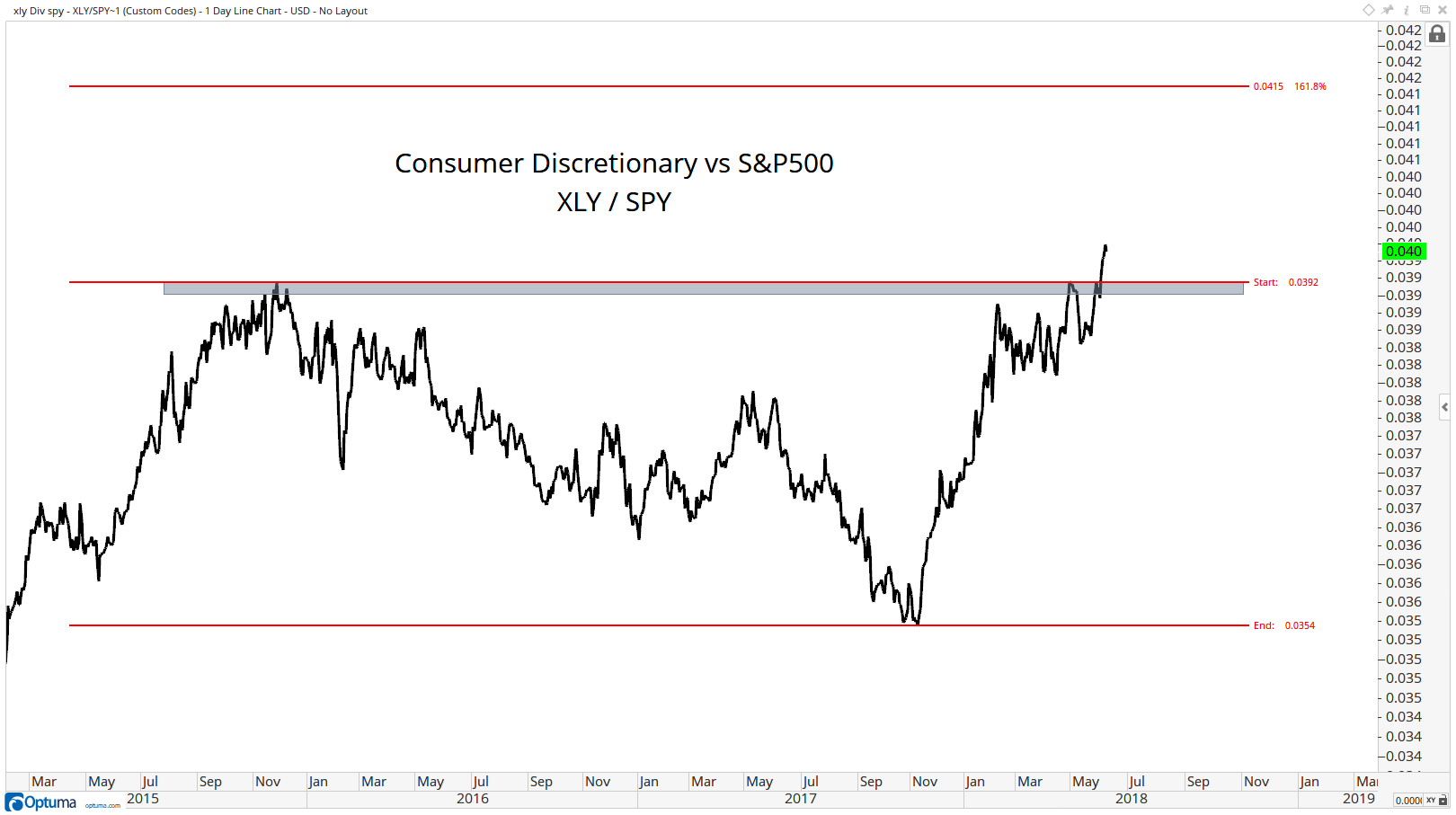 It seems clear to me that we need to err on the long side of stocks, particularly discretionaries if we’re above 105 in $XLY and above the 2015 highs relative to S&Ps.

Let me know what you think.