When the worst stocks in the world can’t go down, what does that say about current market conditions?

Granted, I’m more into breakouts above horizontal trendlines than diagonal ones, but as Steve Strazza told me yesterday, “of course, but one comes before the other”.

Here’s that breakout we were discussing: 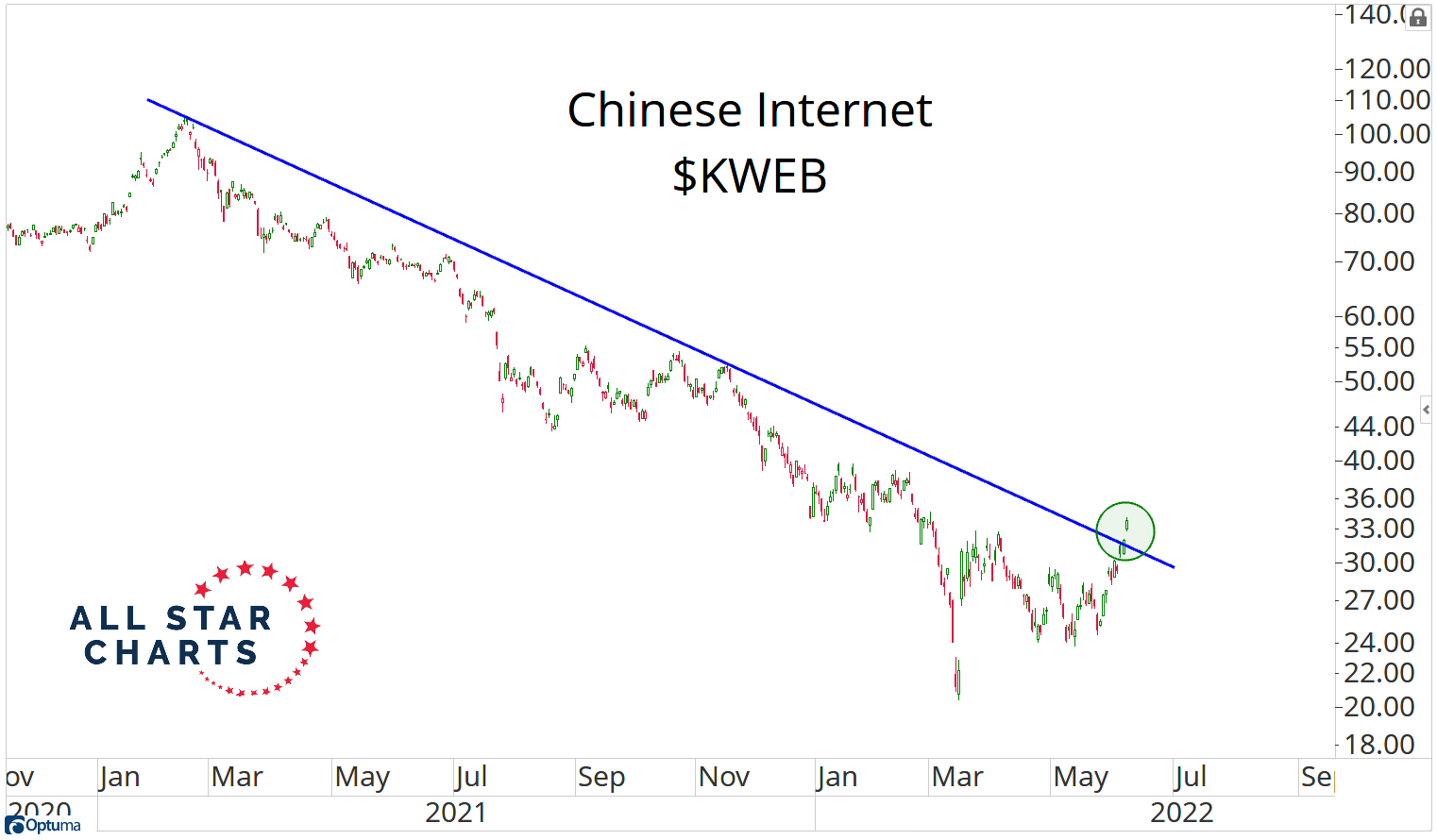 How I see it is like this: If you would have told me the Nasdaq would do what it did over the past few months, Growth stocks would be doing what they’re doing, bonds would continue to crash, and then you would have asked how Chinese Internet is doing in that environment, would “new 3-month highs” have been my response?

Something fishy is happening around here. You can smell it.

They can’t even knock down the biggest pieces of hot garbage on the planet.

In fact, that hot garbage has emerged as a leadership group.

What do you think about that?