You guys know how much I like my intermarket analysis. It’s a tool that we have as market participants that simply cannot be ignored. If you’re putting together a portfolio for a client, managing your own account or just looking for major trends, comparing asset classes to one another really shows where money is flowing and where it is flowing from. It would be irresponsible of us to ignore these intermarket relationships if we’re trying to make money in the market and manage risk responsibly along the way.

Today, we’re taking a look at one of the most important developments across the globe. We’re comparing the U.S. Stock Market and the U.S. Treasury Bond Market to one another. To keep things nice and simple we’ll use the most liquid exchange traded funds that represent each market: $SPY and $TLT. As you can see here, in November last year, Stocks broke out of a 9+ year base to new all-time highs. The important thing we want to reiterate here is that the breakout has held relentlessly, consolidated for half a year, and now the path of least resistance appears to be higher: 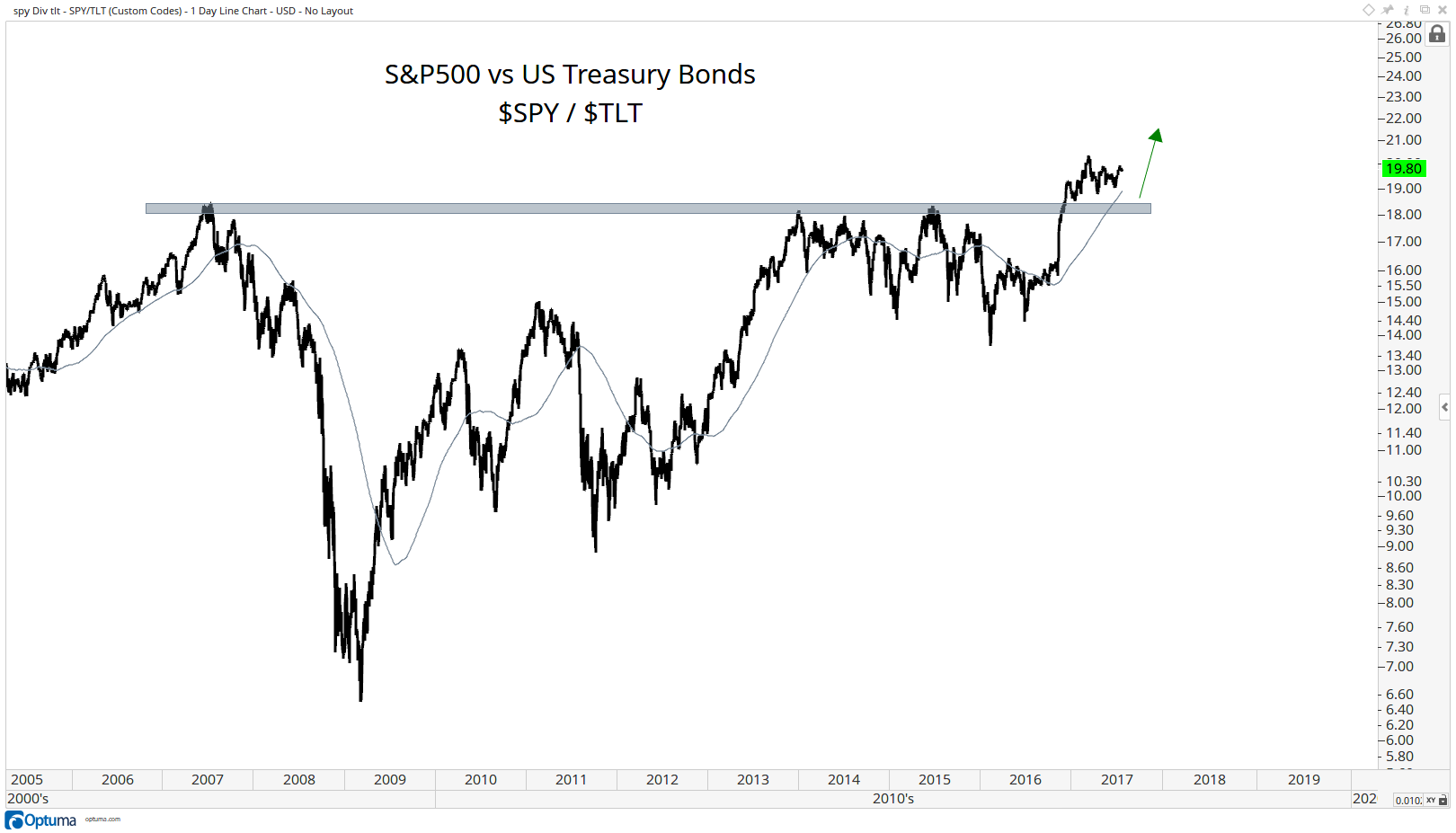 I think this says a lot about risk appetite globally from market participants. Notice how this ratio peaked in June of 2007, and was already putting in lower highs while S&Ps were still hitting new highs into October of that year. That bearish divergence was evidence that something was likely wrong. In June of 2015, this ratio failed to break out above the former highs in 2007 and 2013, again showing evidence of risk aversion, not risk appetite. In both of these cases, this ratio was a warning of weakness in stocks underneath the surface and both led to corrections, although one much more severe than the other obviously.

Fast-forward to late last year and all of that overhead supply has been absorbed. We have now moved on to uncharted territory. If we are above those former highs in this ratio from the past decade, it’s hard to be bearish of risk assets. I think the appetite for risk here is very clear based on this chart.

From a risk management standpoint, if you’ve been bullish like me, you’re thrilled about all-time highs everywhere for stocks, but understandably cautious. That’s normal. So I think keeping this chart handy will help us bulls sleep at night. If there is a big problem out there that we really need to worry about from any sort of intermediate to longer-term perspective, I would argue that it is likely to show up in this chart first. 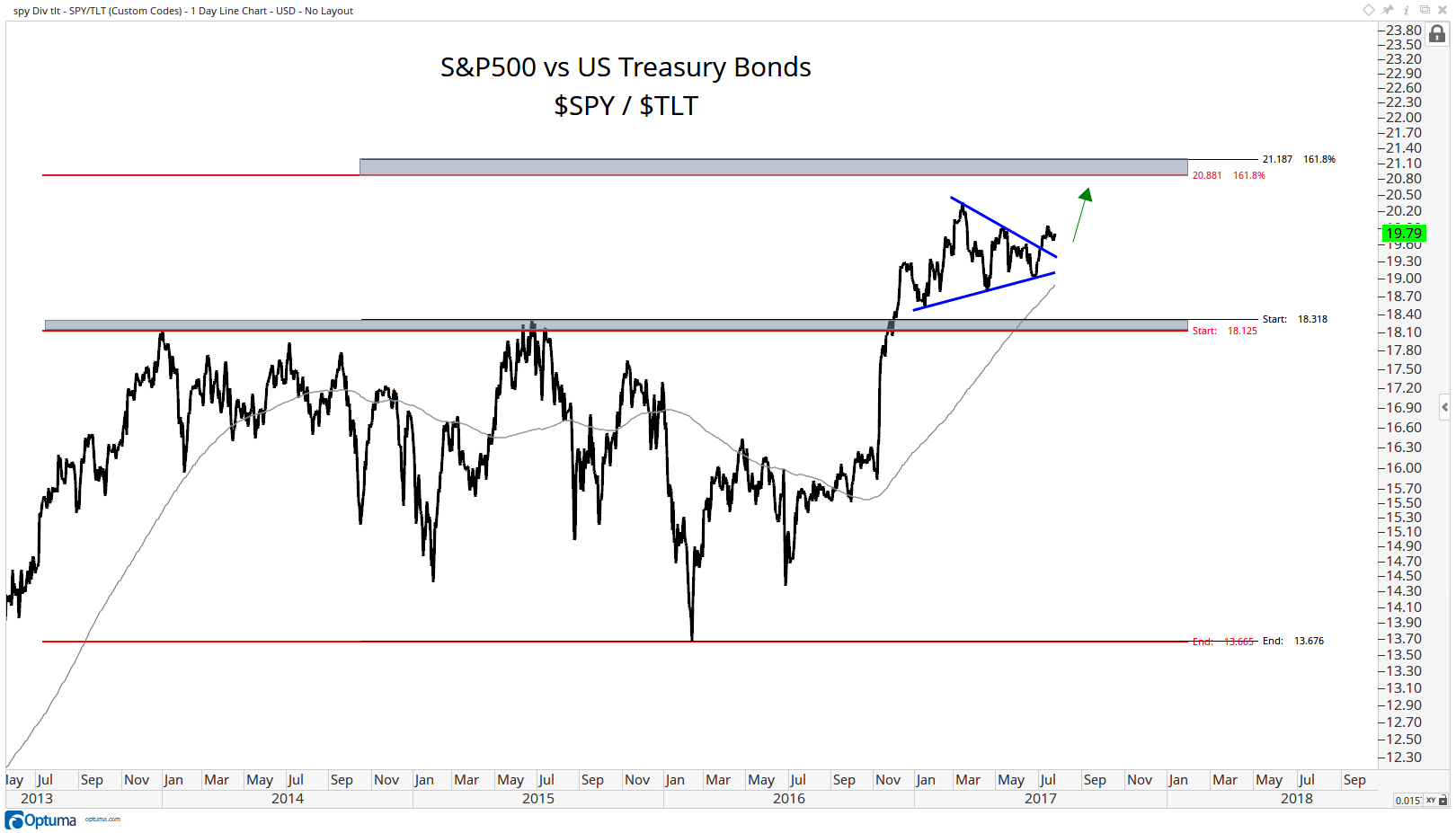 How high can this ratio go? I think the next 7-8% is to the upside here, at least. This level is based on a series of targets clustering together near that area. If the stock market and interest rates are as strong as I believe they are, then we should likely get there in the next couple of months. This is not something that might happen one day, I think this is happening now.